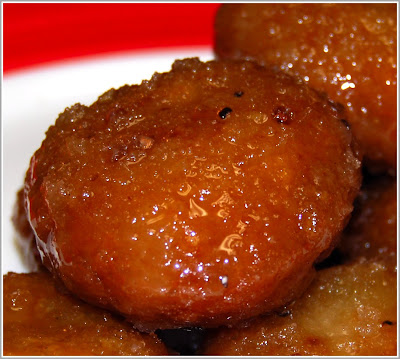 Outside the window, the still-dark morning sparkled with a billion lights. Kandeels, colorful paper lanterns, surrounded by strings of tiny bulbs twinkled in the windows of each apartment. On the sills and outside doors were little earthen oil lamps, or diyas, their live flames traditional and indispensable symbols of the great festival of lights. At their front doors, the women in the neighborhood, beautiful in saris fringed with gold, anklets tinkling, moved around to create rangolis– designs of multicolored sand poured through deft fingers– to welcome the gods.

Once I was past what then seemed like the ordeal of an oil bath (my mother rubbing oil into my hands and legs and hair which would then be washed off with a fragrant herbal paste called utane– a must for Diwali), I could run off to join my friends all dressed up in my new clothes, my own box of firecrackers in hand. My parents usually did not let us get the more dangerous firecrackers (and some of them could be pretty dangerous), but I was happy enough with the uncomplicated ones like sparklers and anaars that burst into a pretty fountain of colored lights.

All the time, what I really couldn’t wait for was the food which would be brought out once all the adults were bathed and ready and had gone through the ritual of a Diwali pooja.

In my part-Konkani, part-Maharashtrian home we made chakali (a savory, swirly snack that is unequivocally my favorite food in the world– you know, what I’d eat for my last meal), chivda (another savory snack that’s a mix of flattened rice or poha and peanuts and dry coconut and all kinds of goodies), sweets like karanji (a half-moon shaped, fried dumpling stuffed with coconut and jaggery), rava and besan laddoos, all kinds of burfis (a milky Indian fudge) and many many more amazing sweets. The treats would all be stored away in large boxes until Diwali day when we could eat all we wanted. Diwali is also about the spirit of sharing and once we were done eating, I’d be dispatched to each neighbor’s home with a big plate filled with goodies.

The following days would each bring more fun and food. There was Bhau Bij, a celebration of the bond between brother and sister, which was always celebrated at my aunt Akka’s home along with all of my father’s siblings and their families and a delicious vegetarian dinner (most Hindus, including meat-eating ones, adopt vegetarianism for the duration of religious festivals because, let’s face it, we all know the gods really wouldn’t want us to eat their kids!). Then there was Lakshmi Pooja, the celebration of the goddess of wealth and prosperity. The fourth day of Diwali is also celebrated by some Hindus as the beginning of the new year, and there would be more fesitivities to go with it.

I’ve not seen Diwali in India in more than 13 years now. Here, in the Washington region, there’s usually a Diwali mela organized by the local Indian community and some other events, but I rarely make it to those because, frankly, it’s just not the same. I do light some diyas, though, and make a sweet on Diwali day because there are some traditions you just don’t want to let go of, and for me Diwali is definitely one of those.

Diwali begins this week, on Friday, Oct. 17, but I wanted to start the celebration a little early by sharing with you a sweet that was part of Desi’s Diwali celebrations when he was growing up: a classic south Indian sweet named badusha (or padusha).

Badusha is kinda like an Indian donut: it’s a floury fritter that’s deep-fried and then dunked in a sugar syrup that first soaks into it and then glazes the top. When you bite into a badusha, your teeth first crackle their way into a crusty, sugary coating and then sink into a soft, tender, juicy interior. Can you think of anything more delicious than that?

So here’s the recipe for my vegan badusha– it’s just as delicious as one made with tons of ghee, not to mention less unhealthy, and best of all it’s cruelty-free. Now the gods would have to love that!

Here’s wishing all my readers a very happy Diwali and a great and prosperous year ahead! 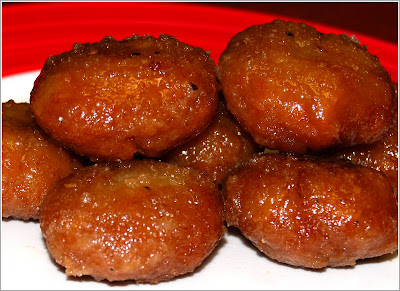 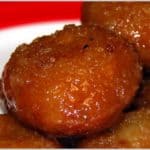