You are here: Home | Travel | Bombay: Life in Pictures 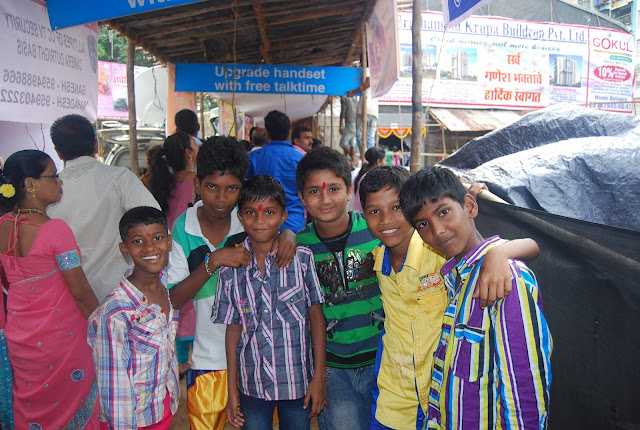 It’s hard to imagine a city as crowded, as frustrating, as vibrant, as ugly and as beautiful as Bombay.

Today, Desi and I are in the city known to the world as Mumbai, but always Bombay to us. It has been nearly five years since our last visit-- a period inexcusably long to stay away from the land that sired you. But as always, within minutes the city grabbed me and shook me and left me breathless.

Each of your senses just seems to explode in Bombay. The smells and the sounds are amplified a thousand-fold. When I was growing up here it was a crowded city, but now the only way to describe the number of people here is overwhelming. 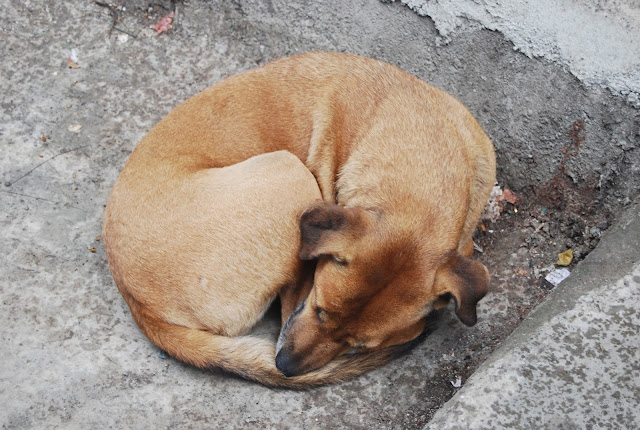 Homeless dogs like this one are everywhere you look in Bombay. They are peaceful souls, happy to coexist with the thronging crowds of people around them.

It is almost impossible to walk in Bombay. There is construction everywhere-- flyovers, buildings, even the airport seems to be getting a makeover. Sidewalks are cluttered with hawkers, makeshift shelters set up by the poorest of the poor, even scooters snaking and braking their way through the traffic.

It is almost impossible to cross the roads in Bombay, because each time you set out to do that seems like it could be your last. There is no ebb to the relentless flow of traffic, traffic signals are considered mere suggestions, and pedestrians are not just frowned upon, they are honked out of the way by impatient motorists.

But despite the crowds and the noise and the inevitable pollution, Bombay is wonderful with the gritty reality of life. There are 20 million stories in this city and each one is as intriguing, shocking, innocent and gripping as the next. Just sit yourself in an autorickshaw and peek out of the open door at the life going by-- you will come away with a refreshed perspective on life.

We landed in Bombay on one of its most special days—Ganesh Chaturthi, the birthday of Ganesha, the childlike, elephant-headed god so revered by this city. Each year, Bombay puts on a huge party for their beloved deity. As we took the taxi past midnight from the airport to our hotel, the city’s streets were clogged already with processions of devotees bringing in colorful idols of Ganesha to be installed in massive, ostentatiously decorated pandals. 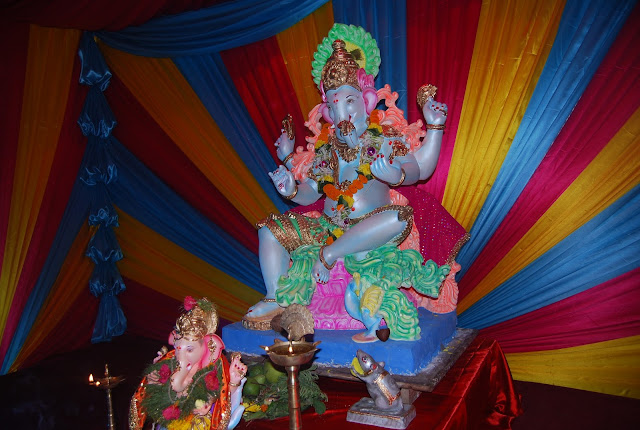 A community Ganesh idol in Andheri, the suburb of Bombay where I grew up. After 10 days, the idol will be immersed in the sea. 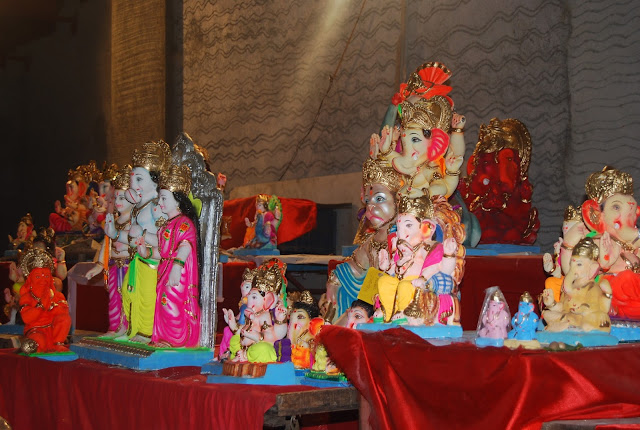 Idols of Ganesha and other dieties wait to be picked up by families, at a workshop on the morning of Ganesh Chaturthi

I wanted to share some of Desi’s pictures of some very special moments in a very special city. Over the next few days, as we travel in India, I hope to share with you-- internet access permitting-- more stories about the wonderful food we run into. Do come back for more! 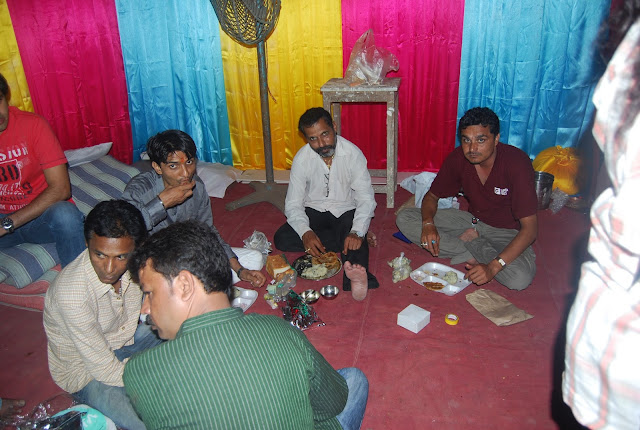 At a community Ganesh pandal, organizers grab a simple lunch of puris and potato bhaji.

Bombay, Life Along the Railway Tracks

Previous Post: « Kale Dal with Peanuts and In My Kitchen, September 2013
Next Post: South India: Life in Pictures »