It's been a while since I wrote a post on my kids and some readers have been asking for them. So I thought that today, instead of food, I'd lay out a visual pet treat. 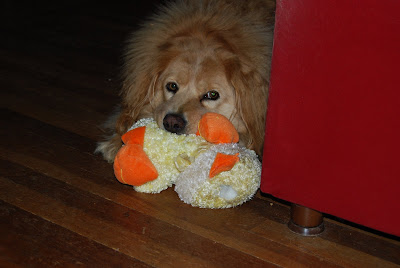 My computer is filled with doggie and kitty pictures. Like any dad, Desi is always running behind our kids with the camera, trying to capture those beautiful moments they create in their innocence. 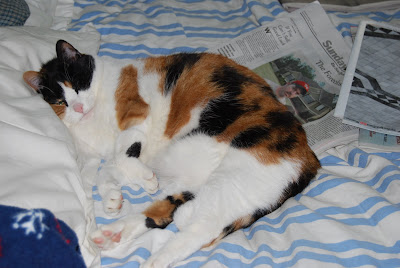 But ignorant as they are about what's going on, each of our kids exhibits a distinct personality before the camera. 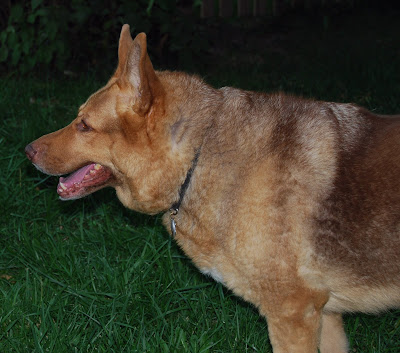 Lucy, my German Shepherd, for instance, is heart-stoppingly beautiful, but she is also very shy both around people and the camera. Each time we try to snap a cute pose, she'll put her head down and make it impossible to get the shot we were hoping for. Sometimes, though, she does let her hair down, as you can see! 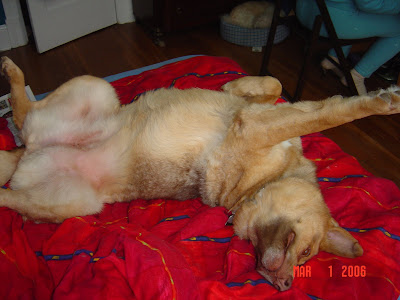 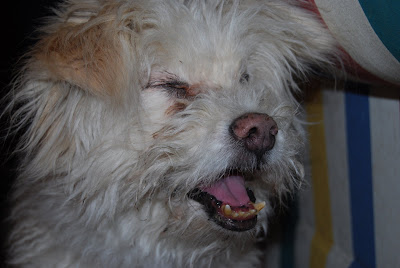 Freddie, my old baby who's now 15, can barely see and barely hear, so he doesn't care one way or the other what we are doing. What's amazing, though, is how beautiful he still is with his long, skinny, model-like legs and silky coat and one-in-a-million underbite. And all this gorgeousness even though, in doggie years, he's probably a hundred years old! 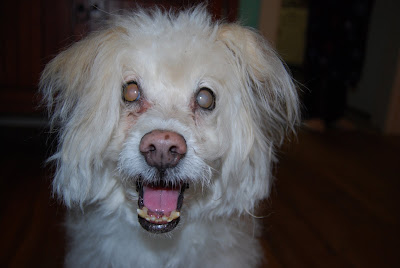 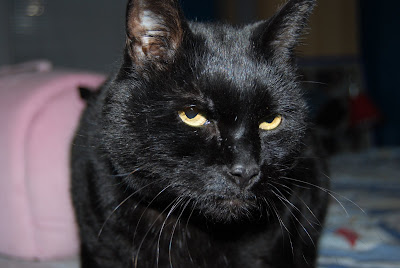 Pie, my black cat, is full of nervous energy and rarely stops long enough for us to get a decent picture of her. She's also always on the lookout for Opie, who cannot get enough of chasing her, although they've been living under the same roof for six years now. 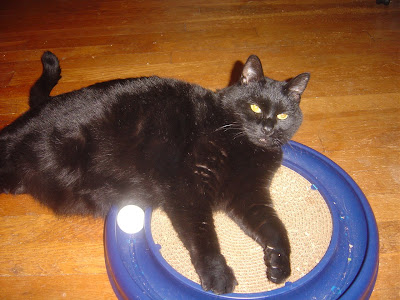 That leaves Opie, my retriever-chow mix, and Pubm, my calico cat. 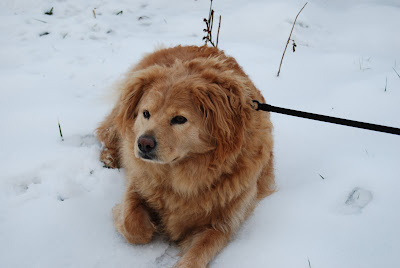 These two almost preen for the camera. Opie, with his deep, soulful eyes that talk, has never, in my experience, made a bad picture, and we've got hundreds of shots of him doing something or the other, from playing with his toy, bottom up in the air, tail waving gently, to just sleeping quietly, his ear pressed against the arm of the chair. 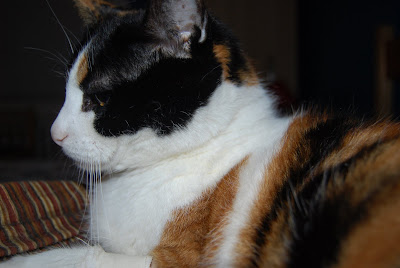 And Pubm, who loves to snuggle and sit tight in a place for hours, makes some of the most amazing pictures too. Because she loves to explore, and is always getting into something or the other, we also get some of our more interesting pictures from her. Hope you enjoyed looking at our kiddos! I promise, there will be more.