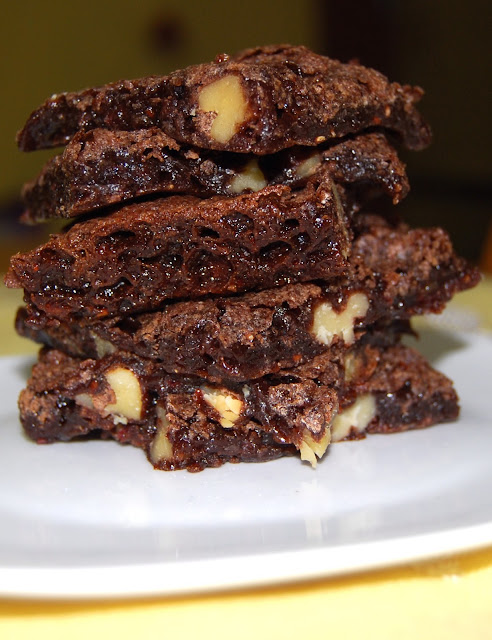 All I really need is love, but a little chocolate now and then doesn't hurt!
--Charles M. Schulz

Which is why I have for you today the ultimate vegan Valentine: these scrumptious Chocolate Raspberry Brownie Bars. And they are gluten-free.

Now everyone knows that chocolate is pretty much the ultimate aphrodisiac-- not to mention the ultimate food. And the great thing about chocolate is that it's not just good, it's good for you. In fact, it's great for you. That's not a free pass to go and guzzle down a dozen candy bars because there are other things mixed in with candy-- like milk and fat and sugar-- that are not doing your body any favors. But pure dark chocolate, the kind you can bite a corner off and savor for hours, is packed with life-giving antioxidants that nurture your health and heart.

I made these brownie bars gluten-free and without any added fat because I wanted to keep these very healthy and as guilt-free as could be. A majority of the recipes I post at Holy Cow! are incidentally gluten-free, but when it comes to baking I must confess that I tend to rely a lot on wheat. Not that there's anything wrong with that. Gluten, a protein found in wheat that acts as a building block in baked goods, is not a friend to people with celiac disease, a disorder that afflicts around 1 percent of the U.S. population. The rest of us can eat it without worrying about getting sick, although using whole wheat instead of refined is always a healthier option. 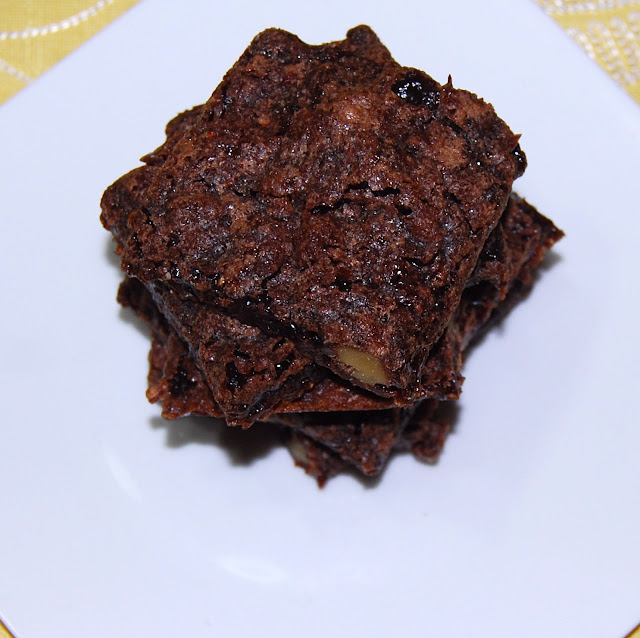 But the discussion about going gluten-free, whether or not you have a medical reason to do so, is growing louder by the day. Those in the gluten-free camp claim humans don't fully digest wheat, that wheat is a major allergen, and that there are many more people with celiac than are being diagnosed right now. Those in the anti-gluten-free (or is it pro-gluten?) camp counter this is just a fad for the most part and that wheat is good for you, the way you always thought it was. After all, cultures around the world have thrived on wheat for centuries.

Last week the New York Times' Well blog weighed in with a lengthy post tellingly headlined, Gluten-Free, Whether You Need it or Not. I read through it because, well, I read anything on this blog and also because without trying I've noticed a creep of gluten-free in my diet. I've already bought gluten-free pasta and cooked it, picked up gluten-free baked goods off the shelf, and started substituting  barley, oat, and rice flours in my pancake and waffle recipes because these flours are readily available now and I like the idea of adding multiple grains to my diet. Last week, on a trip to Whole Foods, I was so taken by the vast lineup of gluten-free flours in the baking aisle that I picked up a bag despite the heftier-than-wheat price tag.

I couldn't wait too long to try my hand at some gluten-free baking. And I wanted it to be something really special, like these bars.

There are some things to remember when you bake gluten-free. For one, your baked goods are not going to rise the way they do with wheat (the building block is absent, remember?) One way to get around this (somewhat) is to use guar gum or xanthan gum, which gives your baked good more structure. Some gluten-free flours already contain one of these-- the one I bought did.

Second, don't expect gluten-free baked goods to taste exactly like their wheat counterparts. They don't taste bad, just different. Most gluten-free mixes use robust, wholegrain flours like sorghum flower, brown rice flour, and arrowroot flour and include starches like tapioca to neutralize the strong flavors of the flours.

These brownie bars turned out to be quite delicious, especially with the added flavors of raspberry and walnuts. They were also dense and chewy and just a tad gooey with the raspberry preserves, giving them the perfect mouthfeel.

I may not be switching over to gluten-free baking only any time in the near future, but I know I will be emptying that bag of flour I bought pretty fast.

Hope you have all enjoyed this Valentine's Day series of heart-healthy and aphrodisiac foods. I know I have enjoyed cooking them for you. Many thanks to Samantha and Kristen for inspiring me to post these recipes. And a very happy Valentine's Day to all of you -- because I love you all with all of my heart. 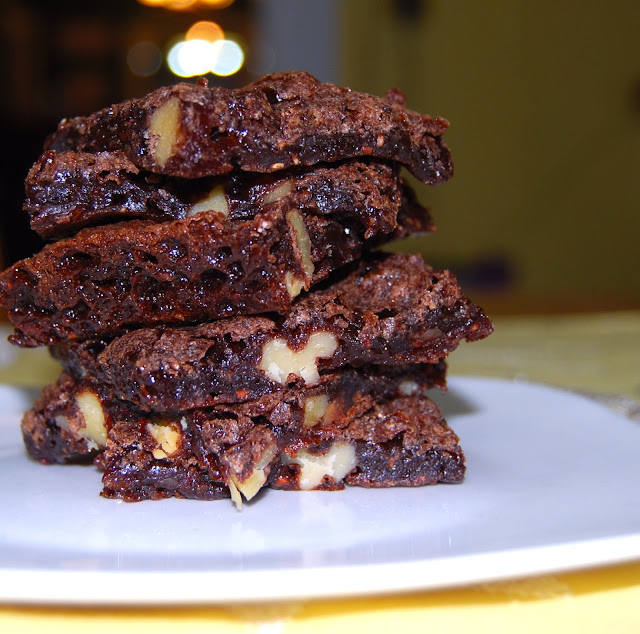 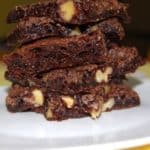