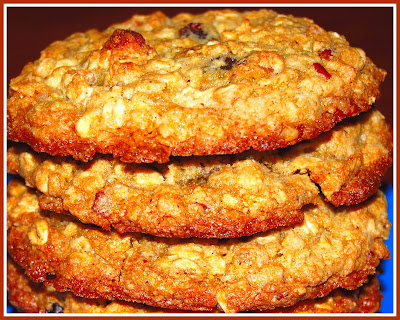 Phil saw his shadow this year on Groundhog Day, but if you live in the Northeast United States, you know he was wrong.

For those not familiar with some of our, umm, colorful American traditions, Groundhog Day (there also was a great movie by that name with Bill Murray) is Feb. 2 each year when the nation's eyes turn to Punxsutawney, a teeny town in Pennsylvania. Thousands of visitors with vivid imaginations and trusting hearts gather there that day, absolutely riveted by a groundhog named Phil who is scheduled to emerge from his celebrated burrow to tell us just how long the winter is going to be.

The cute and fluffy but obviously bewildered Phil (who actually lives in the town library, according to Wikipedia) is picked up and flaunted by some important-looking men in tuxedos and top hats. Horns blow, and Phil's "fans" scream their lungs out in appreciation. If Phil does not see his shadow, the legend goes, it will be a short winter. On the other hand, if he does see his shadow, he burrows right back into his hole, woe be, portending six more long, excruciating weeks of cold.

Well, this year that darned Phil saw his shadow (come to think of it, could you blame him for wanting to retreat into a cold, dark burrow back after all that?).

But this year, smartypants Phil isn't getting away with it. Because out here in DC, at least, it doesn't seem to be winter anymore.

Temperatures have been in the 60s the last few days, the sun has been shining, and everything's all right with the world.

Things would be all right if I wasn't laid up in bed with the kind of cold that makes you want to burrow into a hole of your own and shut out the whole world while you wallow in your misery.

But before I do exactly that, I wanted to share with you my recipe for these maple-flavored monster oatmeal-raisin cookies that are just perfect with a hot cup of ginger tea.

The addition of applesauce makes these cookies really chewy inside but they are crispy around the edges. I sweeten these with sugar and some pure maple syrup, which gives them that wonderfully rounded, rich sweetness. And I also added some pecans because when you're on to a good thing, why stop?

I bet Phil would burrow out of his hole for one of these. 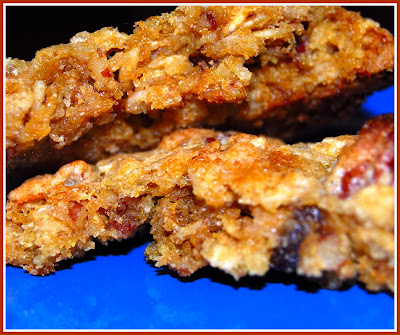 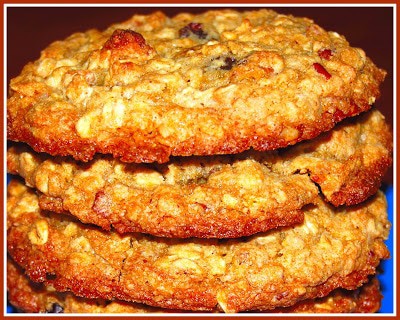