Halloween is the time for pumpkin and chocolate, and what can be better than the two of them rolled together in these delicious vegan pumpkin chocolate brownies, with walnuts, cinnamon and nutmeg. 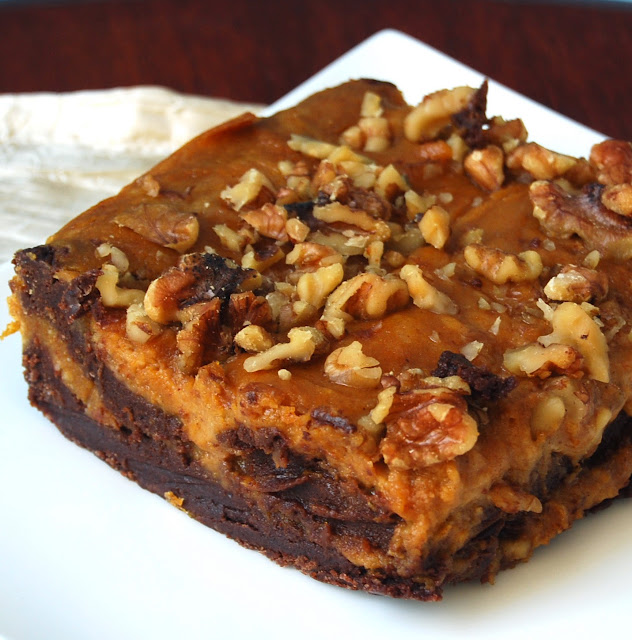 Right outside my window, across the street, a life-size skeleton hangs from a tree. Another sits next to it, hand on bony knee, waiting eternally for an unseen visitor, perhaps? Spiders as big as your head crawl up the windows of another home. And in the neighboring yard a bug-eaten man pops up occasionally from his resting place in the ground, his echoing laugh reminding us that he may be dead but he's not yet gone.

Even if you don't have a taste for the macabre, as clearly everyone in my neighborhood does, how can you not just love Halloween, the colorful time of year when America celebrates ghosts, ghouls, goblins, witches and just about every creepy creature that ever was created to scare the living daylights out of us? 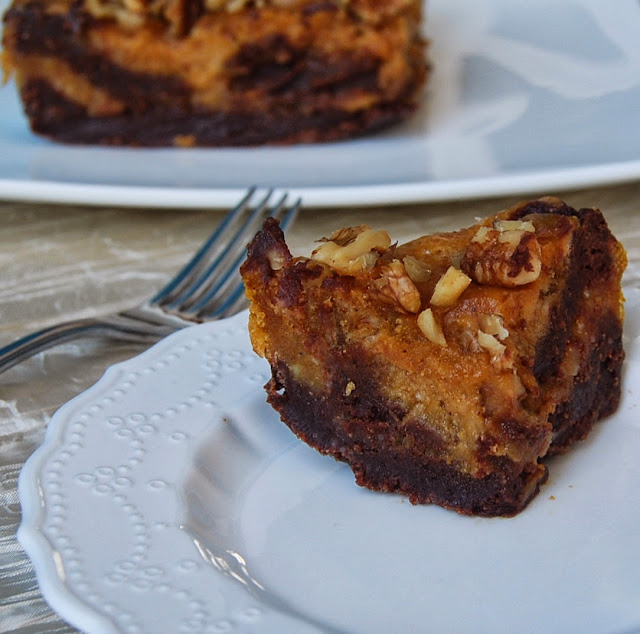 In October fear is in vogue, which is kinda fun for someone like me who has always had a deep fascination with the supernatural (although I am too practical to actually believe in it). As a teen, I'd often sneak out to watch scary movies with my friend Radha (even the bad ones, so long as they had some potential to make you jump out of your seat). And although that fascination is much mellowed down today, I still cannot resist curling up occasionally with a truly scary movie or book, so long as Desi's around.

To read a scary ghost story that featured right here on Holy Cow!, head on here. And if you're looking for more Halloween fun treats, check out this post for my colorful itty-bitty cupcake bites.
***
As a special Halloween treat for you, I have these vegan Pumpkin Chocolate Brownies that I baked up over the weekend. They are absolutely delicious. And they are whole wheat. Now imagine that.

I had cans of pumpkin puree in my pantry, bought last year in a fit of ambition when I decided that I was going to feed Opie more pumpkin. But the first time I mixed it in his homemade food, I learned the lesson that you can lead a dog to the pumpkin but you simply cannot make him eat it. So the remaining pumpkin cans waited patiently for human consumption and for something other than the same old same old pumpkin pie.

Your kids-- or your neighbors'-- would love you with all their hearts if you were to feed them these brownies, but they are very adult-friendly too. In fact, they would make perfect Thanksgiving treats. For a fun variation, you could strew the top with little marshmallows instead of nuts.

Here's the recipe for my vegan Pumpkin Chocolate Brownies. Enjoy, all! 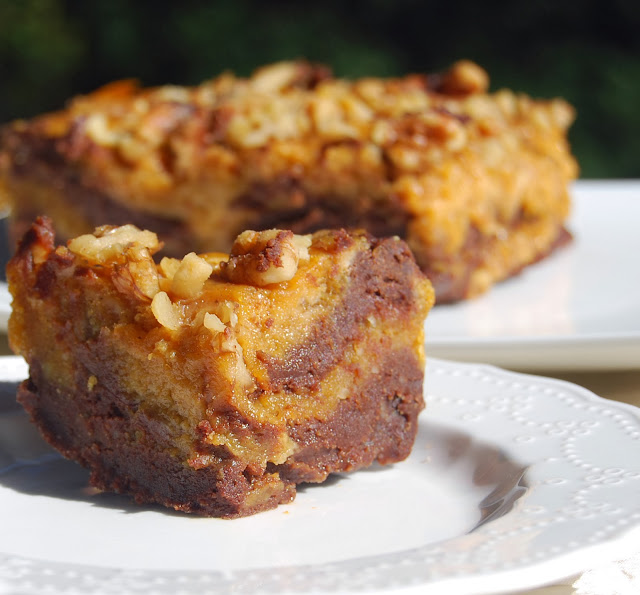 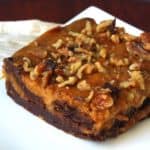