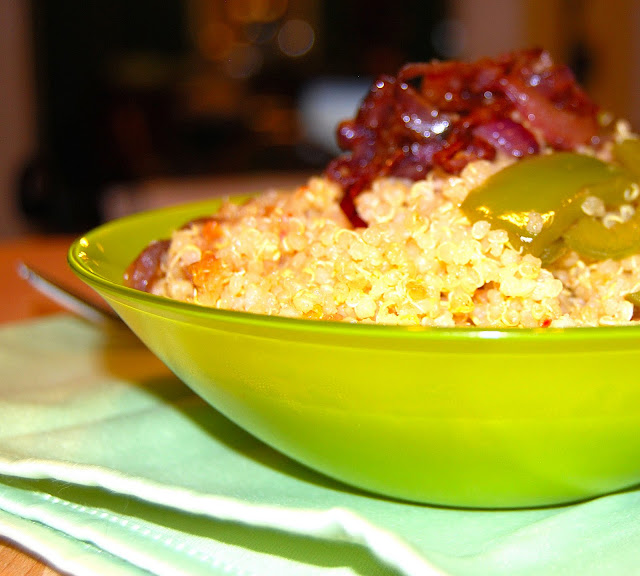 This recipe for vegan Quinoa Salad with Caramelized Onions and Green Pepeprs is so simple that you might wonder why it merits a post of its own. But I wanted to put it up because quinoa, despite its rapidly rising popularity, is still an unfamiliar grain to many. I know it was to me until just a couple of years ago. It sat in my pantry for months before I could muster up the courage to cook it, because-- frankly-- I had no idea what to do with it.

But when I did try it, I was more than pleasantly surprised. Quinoa has a nutty, sweet, creamy flavor that's almost addictive. It's easy to see why the Incas adored it so much that they called it the "mother grain" and fed it to their warriors to keep them strong.

More recently, I've heard everyone from my doctor to TV chefs champion it. Quinoa is packed with protein-- in fact, it's perhaps the only grain that's a complete protein. It is also rich in iron and other minerals. All those characteristics make it valuable in any kitchen, but particularly so in a vegan or vegetarian kitchen.

Most often, I just substitute quinoa for plain rice. I cook up the quinoa and serve it with dal or sambar or whatever we're having that day, and it's perfect. It can also make a great substitute for rice in prepared rice dishes. Meera a while back posted a quinoa version of Vangi Bhath that is delicious.

Before you cook your quinoa, you want to make sure you rinse your quinoa thoroughly with warm water. This is to get rid of a natural substance called saponin that coats each grain and is meant to repel pests. And here's one secret: do not, whatever you do, use the 2 cups of water to 1 cup ratio that many quinoa recipes ask for, because that's the surefire way to make your quinoa all mushy. Instead, use a roughly 1: 1.5 ratio. For the recipe below, which makes the most perfect, fluffiest quinoa, I use 2.5  cups of water for 1.75 cups of quinoa.

I used caramelized onions and green peppers to spice up my quinoa, but this is a blank slate so feel free to add any veggies you please. You could even crumble up one of those fake meats into it for more flavor, or add chickpeas or any other bean.

Here's the recipe for my vegan quinoa salad. Enjoy, all! 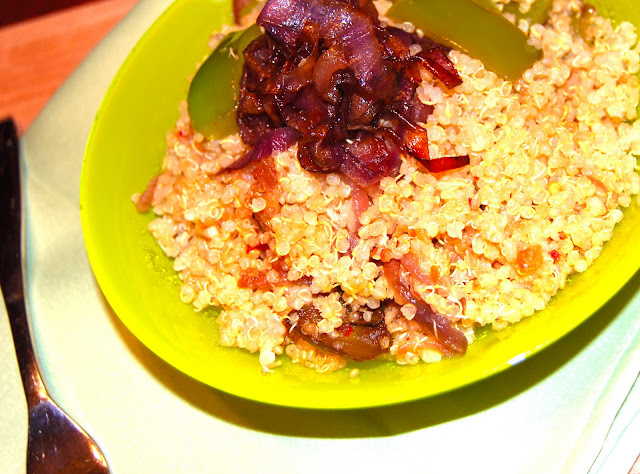 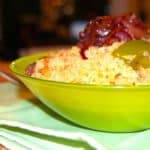 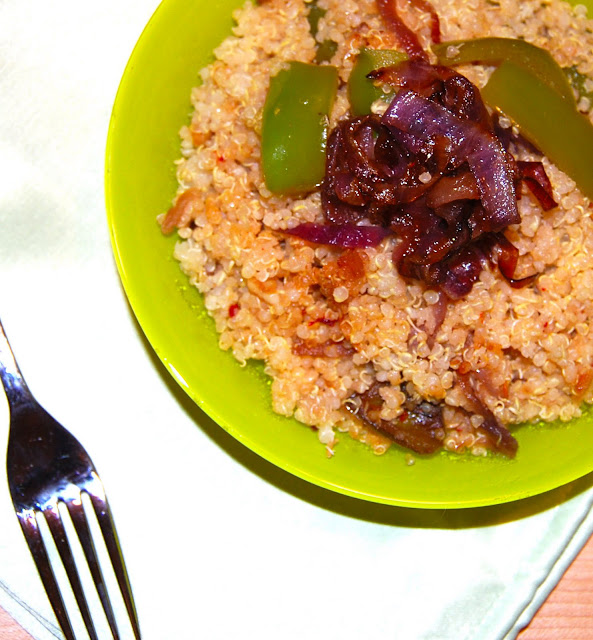