A delicious, sumptuous Spinach Biryani with the welcome crunch of peanuts. 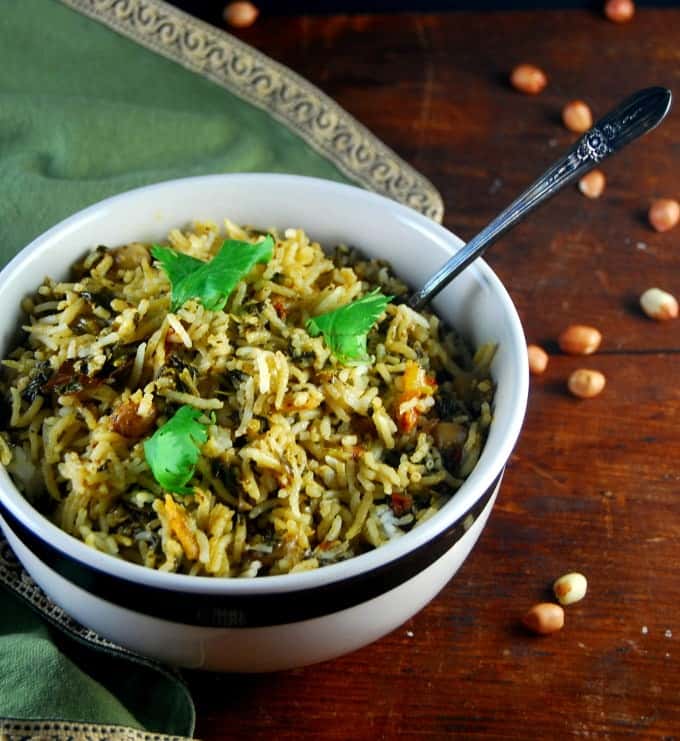 The 100-year-old maple in front of our house is gone. The only evidence that something is amiss is straw scattered over a diameter of six feet or so, where the county workers have planted new grass seeds. Once the grass shoots up, there will be no sign left of the mighty maple.

The tree towered over our home, its huge branches reaching out above the roof. It provided hours of entertainment for Opie and Lucy who would sit on our bed and bark at the squirrels running up and down, gathering nuts and heaven knows what else in the large trunk holes. In the summer, visitors to our street would compete with us to park their cars in its shade. 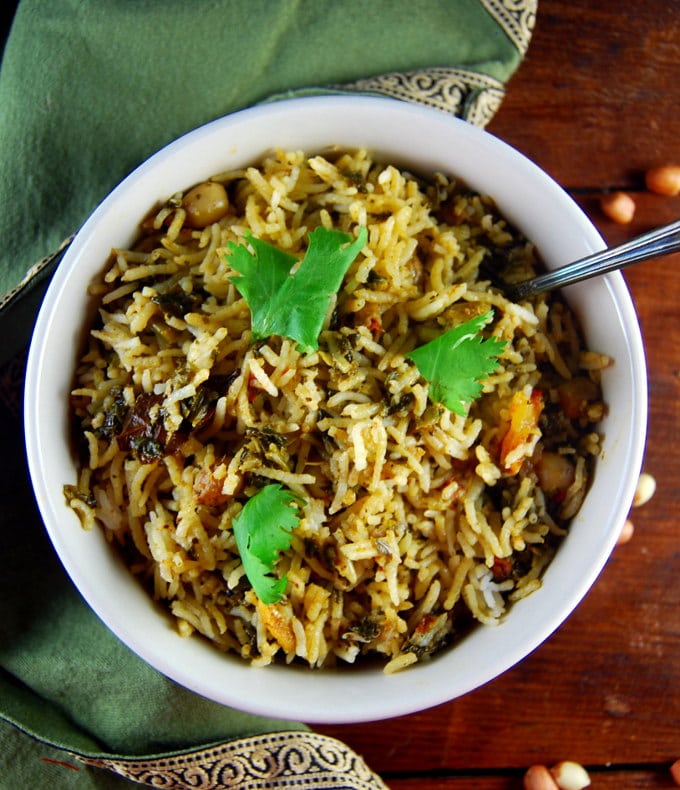 But maples are notoriously weak trees and this one was well past its prime. In a few years, it became apparent that our tree was not in the best shape. Most of the lower branches stood barren, even as the top branches continued to leaf faithfully every spring. With each passing year there were more dead branches and fewer leaves. Our neighbor, Heather, far more knowledgeable about trees than Desi and I are, shook her head and warned us that our beloved maple was dying. She had just had an identical tree — likely planted around the same time as ours — removed.

That wasn’t enough to convince us, though. We held on to our maple for a few more years, partly because we hate to even pull out weeds, and partly because we simply didn’t want to see the last of this ancient giant. Then the dead branches began to come down, usually during terrible thunderstorms and snowstorms. A huge branch narrowly missed landing on Desi’s car. Another almost crashed into our roof. A third ripped some siding off the front of the house.

You should call the county to at least come and take a look, Heather said, and so I did. The tree was not strictly in our yard– it was in the offset that is part of the county’s domain. To our dread, the arborists marked the tree with a large orange spot: our maple’s days were numbered.

The actual cutting down of the tree happened weeks later. It’s surprising how easy it is to bring down a tree that has spent 100 years growing. It didn’t even take half a day, although the noise was unbearable. Jay parked himself at the window, all agog but also a little sad.

Last month, they came back to remove the three-foot-wide stump left behind, with a hole in the center that Jay was using to store sticks to make the snowman’s arms in winter.

The county will replace our tree, probably next year because we are already heading into fall here. It’ll be a baby tree, like the ones that have been planted around the neighborhood where other old trees have been removed, and it  won’t even be half as tall as the house by the time Jay’s gone off to college. Trees are so precious. I am going to miss my maple for a long time to come.

If you can think of delicious ways to sneak some spinach into your tummy, why wouldn’t you? This powerhouse veggie is synonymous with health, and although it’s also legendarily the veggie kids love to hate, that little detail — like most legends — surely has to be pure myth?

In our home, the kid is spinach-friendly. In fact, a little too much. He, for instance, loves this Spinach Amti with peanuts and will often request it. This time, to make things different and interesting, I cooked up a Spinach Biryani with peanuts.

This recipe packs a huge flavor wallop and is really as special as the title “biryani” would lead you to believe. In fact, it is cooked exactly like a traditional biryani. To pump up the nutrition and protein factor, I added in handfuls of peanuts, although if you are not peanut-friendly, you could leave them out or use another nut. Or, if you are allergic to nuts altogether, try adding a veggie like carrot or sweet potato. If you use sweet potatoes, cube and roast them first so they hold their shape.

This is my second recipe in two days, but I think I owe you that after my long, unannounced absence. Can you tell how much I missed you? 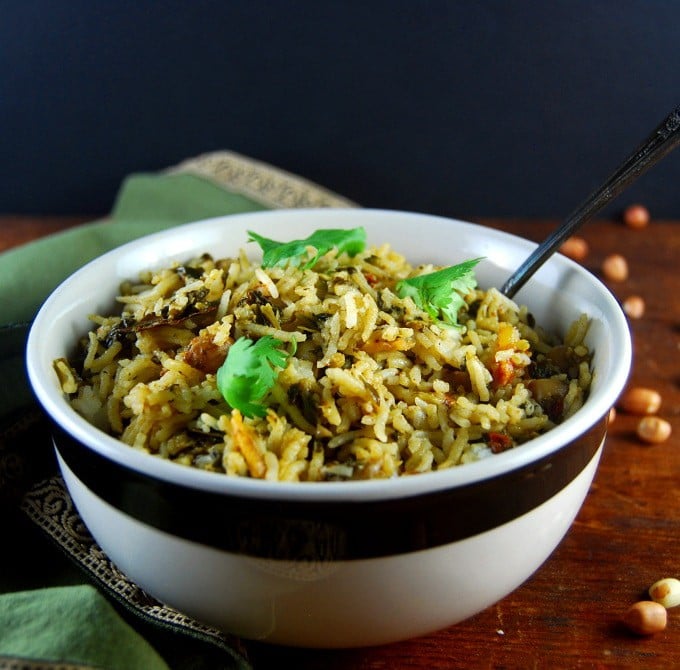 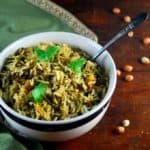 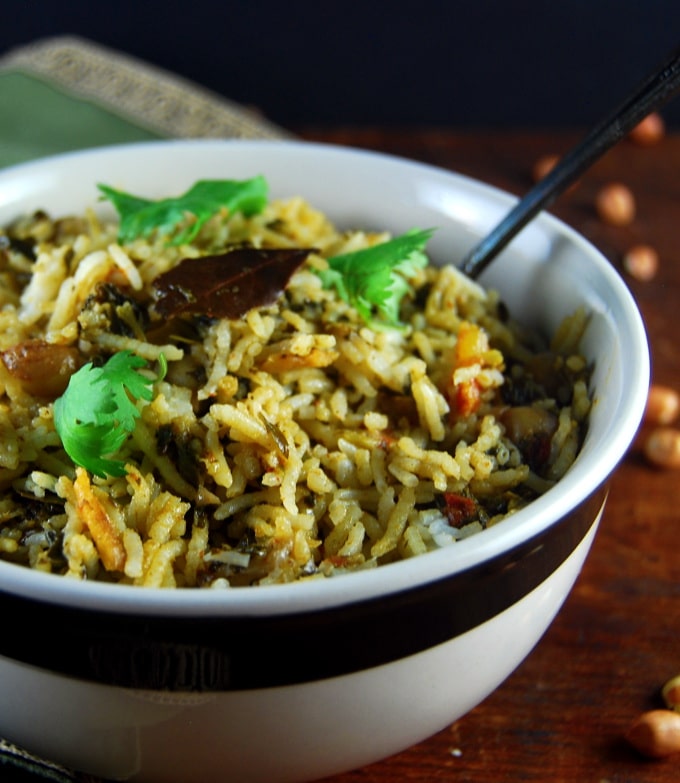