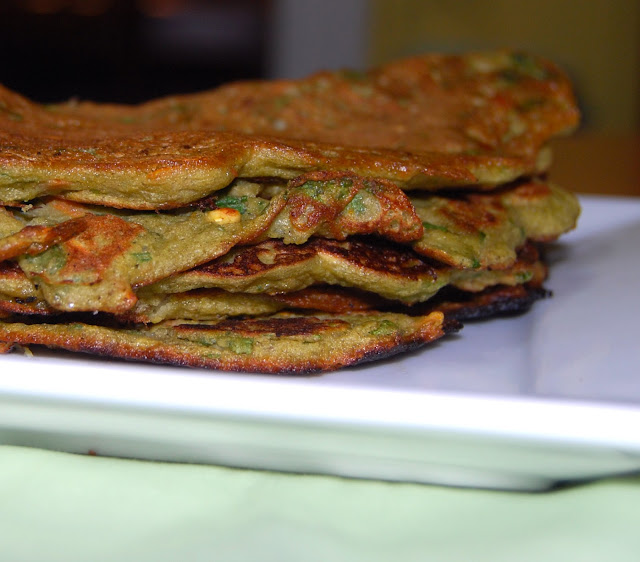 If you’ve eaten my Besan Chilla (eggless vegetable omelet) an eggless, protein-rich “omelet” from northwest India, you will love my Sprouted Moong Chilla, an even more nutritious version made with– you guessed it– sprouted mung (or, as Indians pronounce it, moong) beans.

Sprouting beans, if you’ve never done it before, can be an intimidating idea. You are probably throwing up your hands now and going, heck, I barely have the time to open a can of beans, leave alone sprout some.

But here’s something to consider: contrary to what you may have believed, sprouting doesn’t take a lot of your time. I mean, yes, it takes time, but not dedicated time. You don’t have to stand over the container and watch the beans sprout (now doesn’t that thought beat watching water boil?) All you have to do is get them going and leave them alone. Largely. And if you add up the time you’ll have spent, I bet it won’t be more than 10 minutes over two or three days, combined. 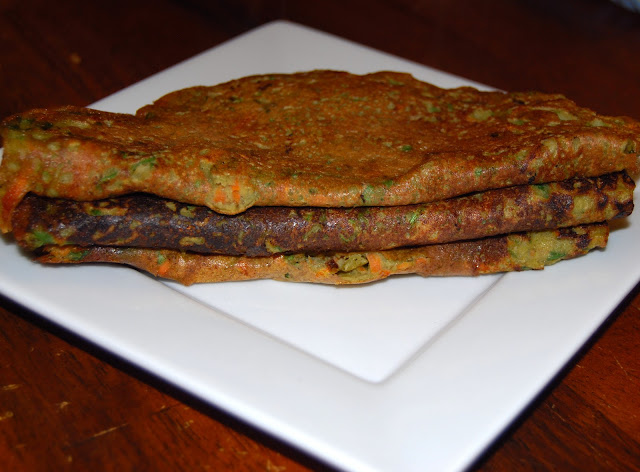 That little time can add up to a lot of reward. Sprouting breaks down the amino acids in beans, making their protein content more available to the body. It also reduces the carbohydrate content of beans because the bean uses up a good amount of energy to sprout. Sprouting increases the Vitamin B and Vitamin C content of beans, and what’s more, sprouted beans are more easily digested by the body. Sprouted beans cook faster. Finally, it’s so easy, even a kid could do it. In fact, if you have kids, this is a fun project to do with them.

And if you think you need all sorts of fancy equipment to sprout, think again. All you really need is a container– any old plastic or glass or steel container should do– a large colander, and a kitchen towel. I am sure you already have those.Begin the process by placing your beans in a colander and washing them thoroughly in a few changes of water. Then place them in a container large enough to hold the beans and twice their volume in water. Immerse the beans completely in room-temperature water, top off by three or four inches more, and then let them sit overnight or about eight hours. By this time they will have soaked a lot of water and will have almost doubled in volume.

Soak a kitchen towel in water and squeeze out any excess water. Drain the soaked beans in a colander and cover them with the damp kitchen towel. Place out of direct sunlight and let them work their magic. All you need to do every 12 hours or so is shake them around in the colander, hands-free if possible or delicately so as to not break any tender sprouts, rinse them off, and cover again with a damp towel before setting aside.

In winter, mung beans take about two to three days to sprout in my kitchen, although it can be a faster process in summer. Also, some beans just take more time than others to sprout, so be patient. You will know you have succeeded when you see little white squiggles shooting out of the beans.

You can use sprouted beans in almost any recipe that calls for beans. But this Chilla is a great place to start because it’s a fast recipe, once you have those sprouts ready to go. And it’s super-delicious, not to mention super-healthy. And gluten-free and nearly fat-free. Boy, am I on fire today.

You can make this chilla extra-nutritious and extra-tasty by adding to it all sorts of quick-cooking veggies, like bell peppers, spring onions, spinach, watercress, zucchini, mushrooms, corn kernels, and even herbs. I used coriander and some grated carrot, which is what I had on hand. Be sure to chop the veggies fine or grate them to make the chilla as spreadable as possible.

Here’s the recipe. Enjoy, all! 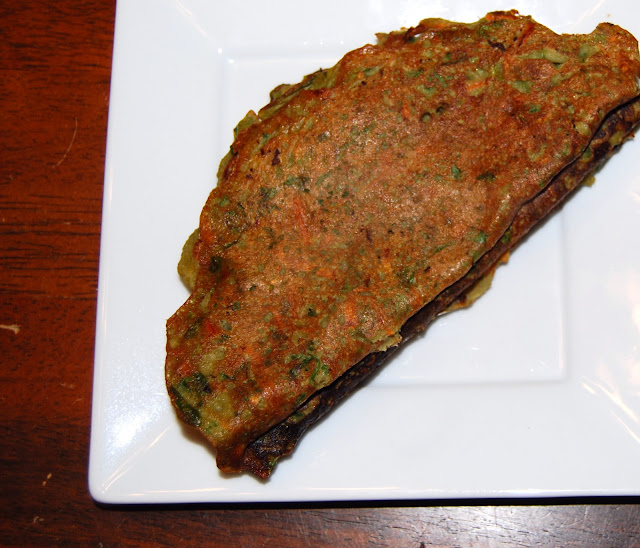 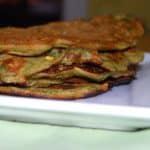 Serve hot with some coconut or Ragda Pattice 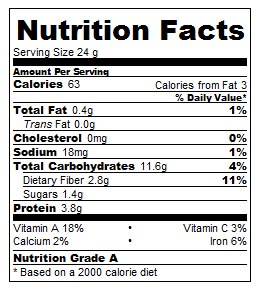