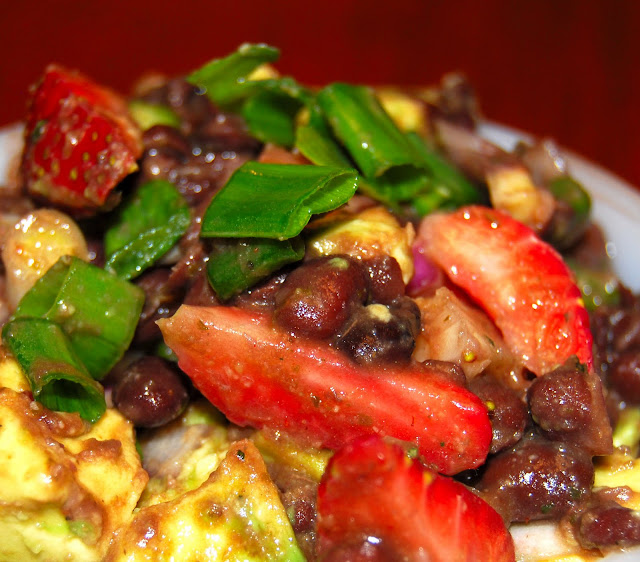 On the way home from work today I listened to a story on NPR that brought tears to my eyes. It was about an exhibit by photographer Michael Nye called “About Hunger and Resilience.”

Nye spent five years traveling around the United States “documenting the faces and voices of hunger.” His subjects are almost surprisingly diverse — from a Khmer Rouge escapee to a survivor of incest who stopped eating to a homeless artist who couldn’t work after an accident.

“Once you start listening, you find that it’s really about ourselves,” Nye says. “That it’s not about those people, but it’s about humanity.”

To most of us, hunger is a tiny inconvenience that can be easily and unthinkingly satisfied with a quick trip to the kitchen, vending machine or, perhaps, a restaurant. But for too many people in the developing world and even in the world’s richest country where unemployment today stands at nearly 10 percent, hunger is an all-consuming, voracious reality that haunts and threatens their very survival. More heartbreaking, a large number of the world’s helplessly hungry are children.

“How do you explain to a 2-year-old or 4-year-old there’s nothing to eat?” says Kathy, a homeless mother, in her recording at the exhibition.

“All they know is that they’re hungry. And the pain in their stomach. And you try to sit there and say, ‘Honey, I’m sorry. I don’t have anything to cook you. I don’t have nothing to give you. I have nothing.'”

A government report last year said more than a million children regularly go to bed hungry in the United States. The World Health Organization estimates that half of all children’s deaths in the developing world are due to malnutrition.
Nearly a billion people in our world — about one in six people– do not have enough to eat.

It may seem odd to write about hunger on a food blog, but it is also rather appropriate.

Hunger has a lot to do with forces that seem beyond our everyday control, like political and distribution realities. But there are a number of things each one of us can do, both in the long run and immediately. Among the more obvious and near-term solutions, of course, are donating food to food pantries which have been hit hard by the recession, or even just finding and feeding someone you know is hungry.

It takes 16 pounds of grain to create one pound of meat– in other words, an animal has to eat 16 pounds of grain for each pound of meat you can harvest from it when it is killed. If everyone in the world were to give up eating animal food, there would be no need to breed and raise animals and feed them massive quantities of grain. Less land would need to be farmed and we would still have enough to feed all of the world’s hungry people. 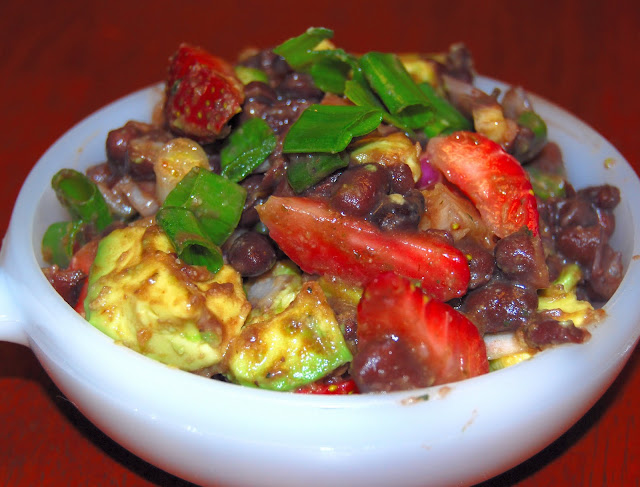 And now, a very colorful salad that that’s healthy, delicious, full of flavor, and delightfully simple.

I am not going to elaborate on the recipe– it’s easy enough, and you can vary it as you wish. I like the combination of sour-sweet, pungent, buttery and meaty– the strawberries, scallions, avocado and black beans. But feel free to use other fruit, or veggies. You can’t go wrong with this one.

One quick note– or rather what I learned from my errors. I overcooked the black beans a bit so they were mushier than I’d have wanted them to be, but they were still delicious. Try to make sure your beans are cooked but slightly firm for a better presentation. 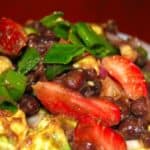