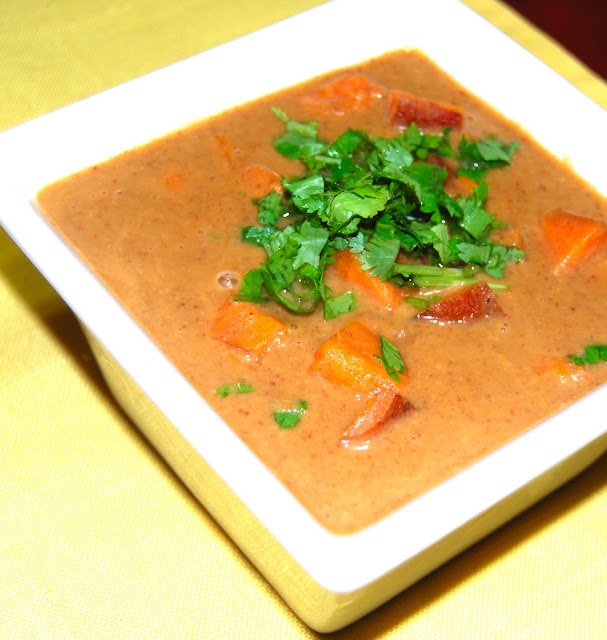 I always felt a bit like an outsider looking into the extended household of my childhood where uncles, aunts and cousins spoke to each other in Konkani, cooked Konkani food, and retreated to their Konkani native towns with cute names like Hubli and Sirsi for the summer.

That's because although my dad was a Konkani from Karwar in northern Karnataka, my mom-- a Maharashtrian-- taught my brother and me to speak Marathi as our first language. She also cooked mostly Maharashtrian food at home. As a result, Ashwin and I were the only two kids in the Honawar clan whose Konkani didn't sound as musical as it sounded stilted, and whose dinner plate featured varan instead of dalitoy.

But our proximity to dad's family members who all lived within a mile's radius of our home also helped me become familiar, at an early age, with the delicious flavors of Konkani cuisine. Later in my childhood my Goan stepmom introduced me to Goan Feijoada which stands apart in a class of its own. 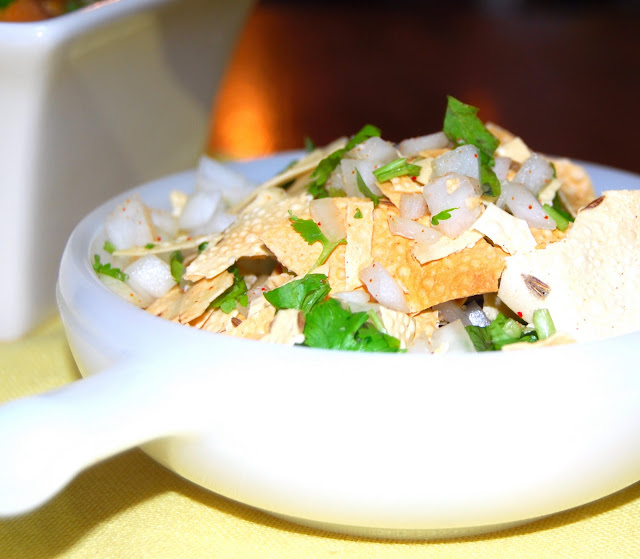 The Konkan region sweeps in a sandy, palm-dotted strip along the coastline of Maharashtra all the way past Goa to Karnataka, sandwiched on one side by the picturesque Western Ghats and on the other by the Arabian Sea. It plays host to a number of regional cuisines (Malvani, Goan, Mangalorean, Karwari, Saraswat, Kokanastha), each unique yet not without an overlap because of the common ingredients they use, like rice, coconut, red chillies, kokum (a sour fruit usually added as a flavoring), triphal (an interestingly delicious herb that looks like a large all-spice corn) and -- in non-vegetarian homes-- fish.

Because Indian restaurants around the world tend to focus heavily on just a handful of north Indian dishes (like your biryanis, paneer palaks, aloo gobis, samosas, and pakoras), the complex and vastly diverse regional foods of India, including those of the Konkan region, are not something you are likely to be able to order from a menu.  But there is another way to step into this neverending adventure: by cooking these foods in your own kitchen.

To start with, I have for you today a low-fat, healthy version of a popular dish that was a staple at my Konkani family's weeknight dinners: Batate Humman.

A humman, in Konkani, means a curry, or a stew. Batate Humman is a potato stew infused with the sweetness of coconut, the puckering tang of tamarind, and the heat of dry red chillies. It is a really simple stew, but delicious beyond imagination.

For this healthy version, I use sweet potato instead of potato, and I cut down the coconut. There's no oil or fat added to the recipe, but it is not strictly fat-free because coconut does contain some fat-- albeit heart-healthy fat. Altogether, this extremely healthy recipe has just 115 calories per serving and only 6.5 grams of fat in each serving.

I don't peel my sweet potatoes because the skins of vegetables, and the portion directly under it, are usually nutrient-rich, and peeling skins off veggies can leave your food bereft of some of the benefits of eating these veggies (there are, of course, exceptions-- don't try eating the skin of an avocado, or a pumpkin). When the sweet potato skins stew in the curry they get quite soft and you won't even be able to tell they are there.

To go with the Sweet Potato Humman which is one of the easiest and quickest recipes you can possibly make, I made another Konkani classic: Papada Kismoor. Most Indian food aficionados are familiar with a papad or poppadum, the light lentil cracker that is sometimes offered up in Indian restaurants instead of a bread basket. Sometimes, when a Konkani cook is rushed but in the mood for something delicious to go with his/her rice and curry, he or she will roast a few papads on the open flame of a gas stove, crush it into small bits, add some chopped onions and spices, and voila! It's a sidedish as delicious and crunchy as you can imagine it to be.

Papada Kismoor does perfect justice to a plate of boiled rice drizzled with some Sweet Potato Humman, and it's as healthy as can be.

Enjoy the meal, all! 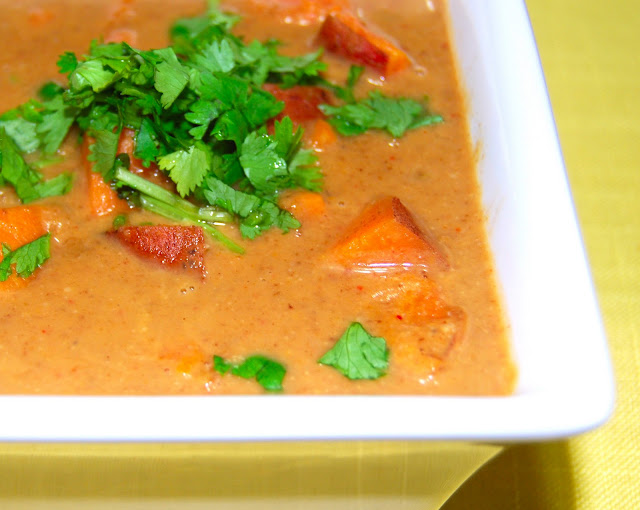 2 dry red chillies (use more or less per taste)

½-inch ball of tamarind. Remove seeds, if any.

Heat a skillet and dry-roast the red chillies, coriander seeds and cumin seeds until they are a couple of shades darker and smell aromatic.

Pour the coconut paste in a saucepan and add the sweet potatoes. Bring the mixture to a boil. If it's too thick, add more water.

Add salt to taste and let the curry simmer about 10 minutes. Turn off the heat and garnish with coriander leaves. 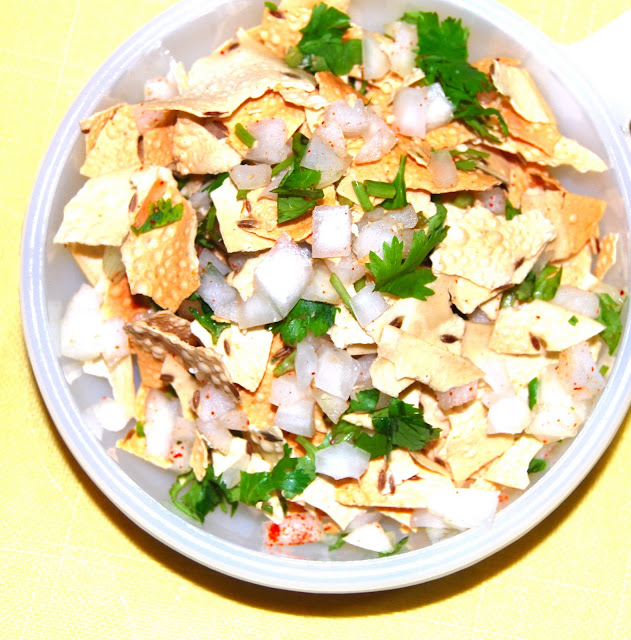 6 papads, each about 6 inches in diameter (I use the Lijjat brand which is the most widely available here. If you use the smaller papads (appalams), use more

½ tsp red chilli powder (use more or less per taste)

2 tbsp grated coconut (optional. I didn't use it because I wanted to keep the fat low, but add it for a more traditional flavor)

½ cup finely onion (shallots would be even better)

Roast the papads in the microwave. I stack them and let them go one minute, which is usually enough. If you have raw spots, you can let them go for a few seconds more, but watch them carefully. Alternately, if you know how to do this, roast the papads over the open flame of a gas stove.

Crumble the papad into small pieces in a bowl. Add the rest of the ingredients and mix well. I don't add salt because the papads are fairly salty.