You are here: Home | Vegan Indian Sweets | Vegan Mung and Rice Pudding With Coconut and Saffron 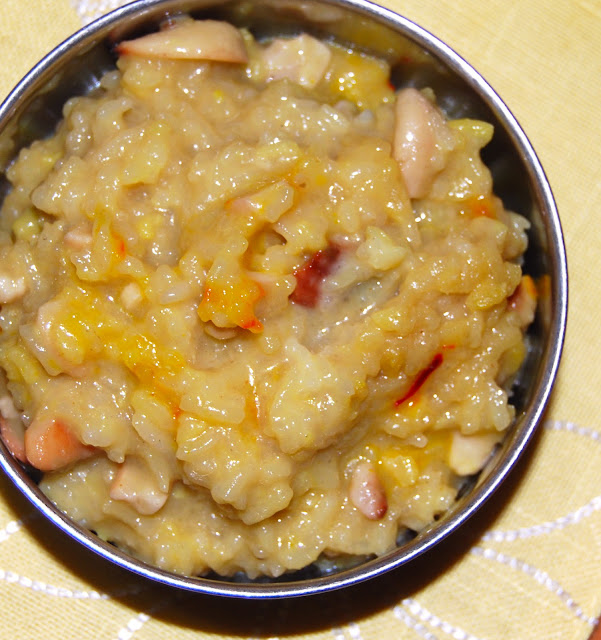 Here's a Mung Rice Kheer (an Indian pudding) that my Konkani parents make for Makar Sankranti, a celebration in their part of India that falls on the same day as Pongal.

The recipe is very similar to Sakkarai Pongal, except that my parents' version has some coconut milk, a staple of the Konkan region where coconut trees grow abundantly along the coast. Coconut adds a unique flavor all its own which is particularly great when you remove ghee from the equation, as we do for our vegan version. The coconut also keeps the kheer moist and fluid even after you refrigerate it.

Another flavor boost in this Mung Rice Kheer comes from saffron, those spicy stamens so prized in Indian cooking. The saffron also gives the dish a gorgeous golden color. 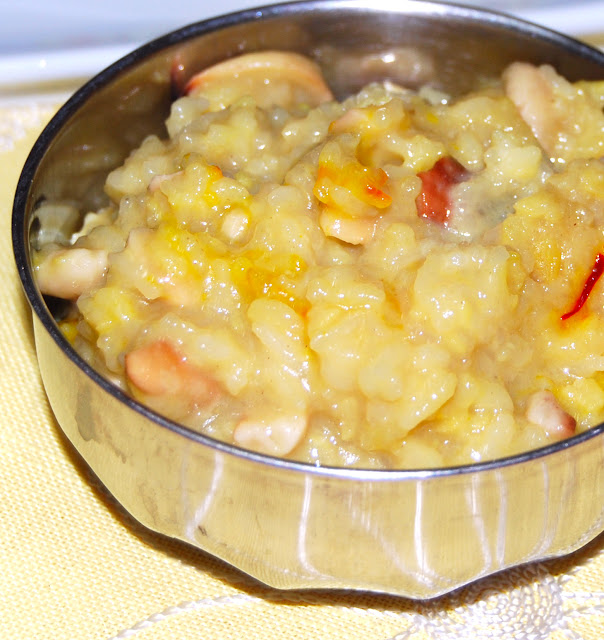 It has been a week since Pongal and Makar Sankranti, but it' never too late to eat something as delicious as this kheer. On to the recipe for my Mung Rice Kheer. Hope everyone's feeling well and rested after a long weekend. Have a lovely day, all! 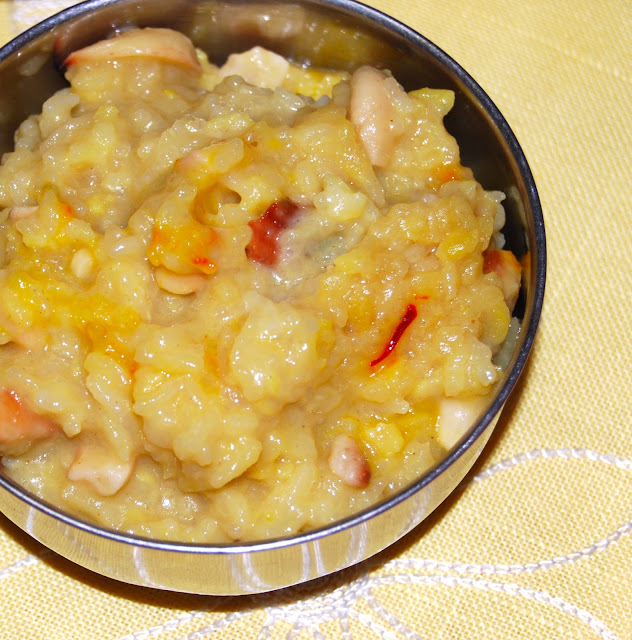 A generous pinch of saffron, soaked in a couple of tablespoons of almond milk

Add the almond milk and half the coconut milk to the rice-mung mixture and set it on a low flame.

Cook on a low flame until the raw jaggery smell has dissipated. This took about half an hour for me. The pongal should not be dry, but creamy and slightly fluid. If it gets too dry, add some more almond milk. Stir in the saffron with the almond milk it was soaked in and the remaining coconut milk.

Toss until the nuts are lightly browned. Add to the rice.