These Chocolate Cherry Muffins with aquafaba are vegan, of course, but they are also made without any added oil, naturally sweetened with maple syrup, and they are wholegrain. They are moist, fluffy, and studded with ripe, sweet, juicy cherries in every bite. 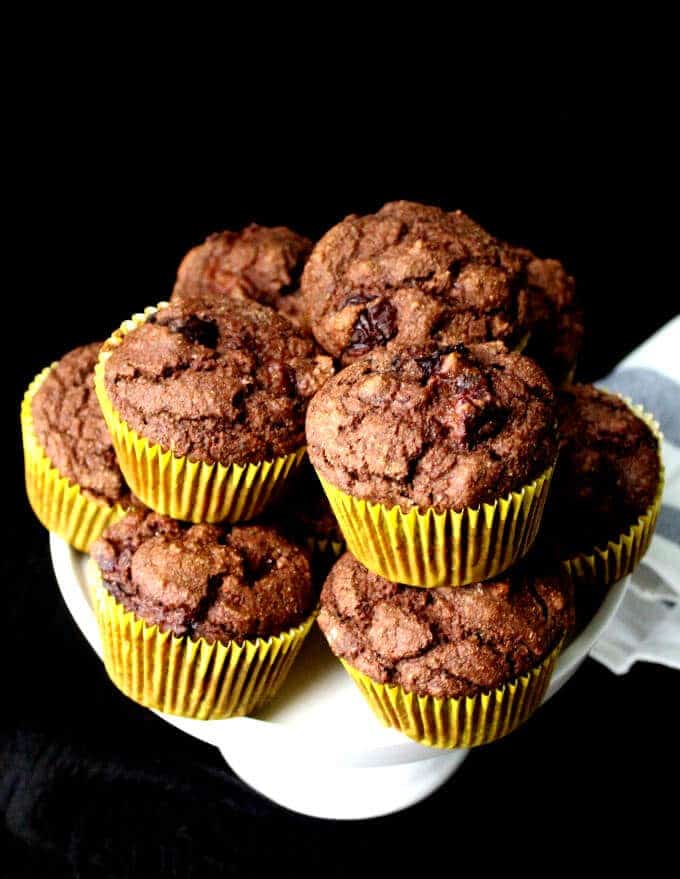 So yes, chocolate tastes great and is great for you, and I don't think anyone will argue with me on that. And chocolate and cherry? That's a combination most of us, I think, would die for.

But you don't have to die for these vegan Chocolate Cherry Muffins, although one bite of one of these might make you feel like you've died and gone to heaven. 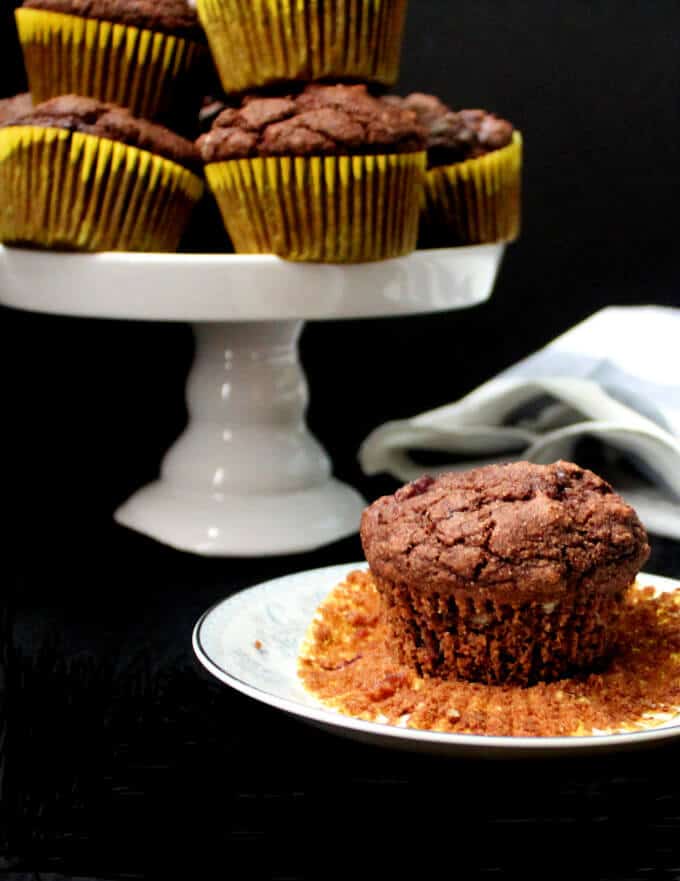 With school about to start, I am trying to find healthy snack ideas for Jay, who goes into fourth grade this year. How time flies! Surely it wasn't that long ago that we were dropping him off in first grade, missing teeth and all?

Jay is not one of those kids who detests the idea of school. Not by a stretch. He has been waiting for it eagerly, and has been chattering on about meeting his friends again. His enthusiasm has not been dampened one bit by my wet-blanket reminders that school's not about having fun but about learning.

While I am not in control of what goes on in his 9-year-old world while he's at school, there are some things I can control, to some extent: what goes into his tummy, for instance. And I am pretty sure these Chocolate Cherry Muffins will end up there rather than in the cafeteria trash.

These muffins are very lightly sweetened, which is something I love about them, but for little mouths you could serve them topped with some marmalade.

I use frozen cherries in this recipe for convenience, partly because I can always keep them on hand and partly because it's easier to find frozen organic cherries than fresh. But if you can still find fresh cherries in the market, and are willing to put in the effort to pit them, use them by all means. 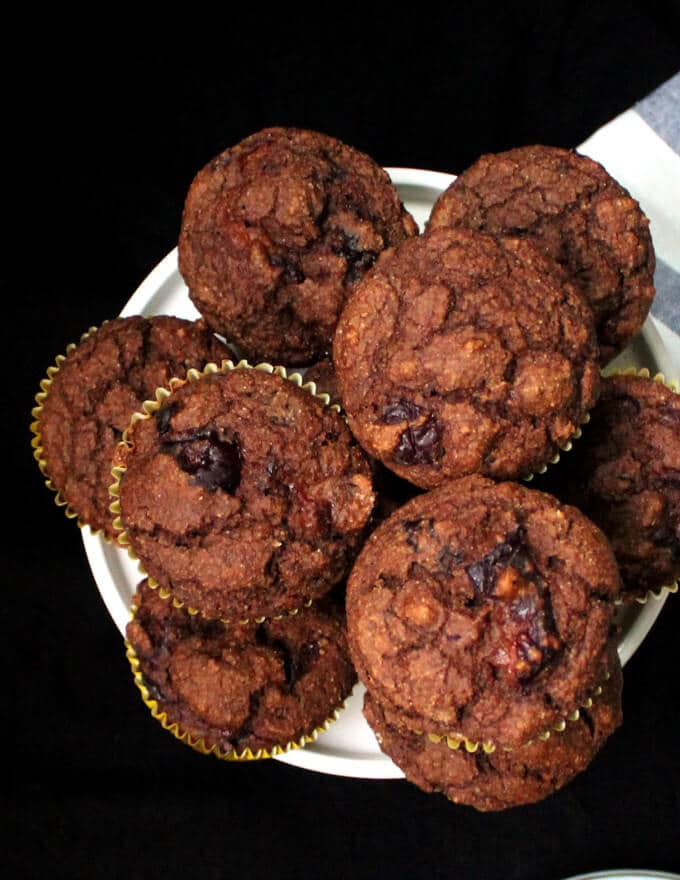 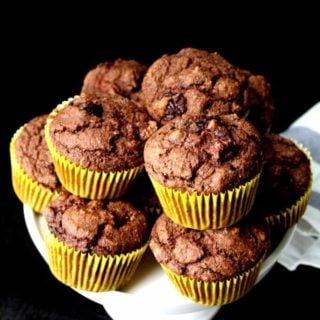