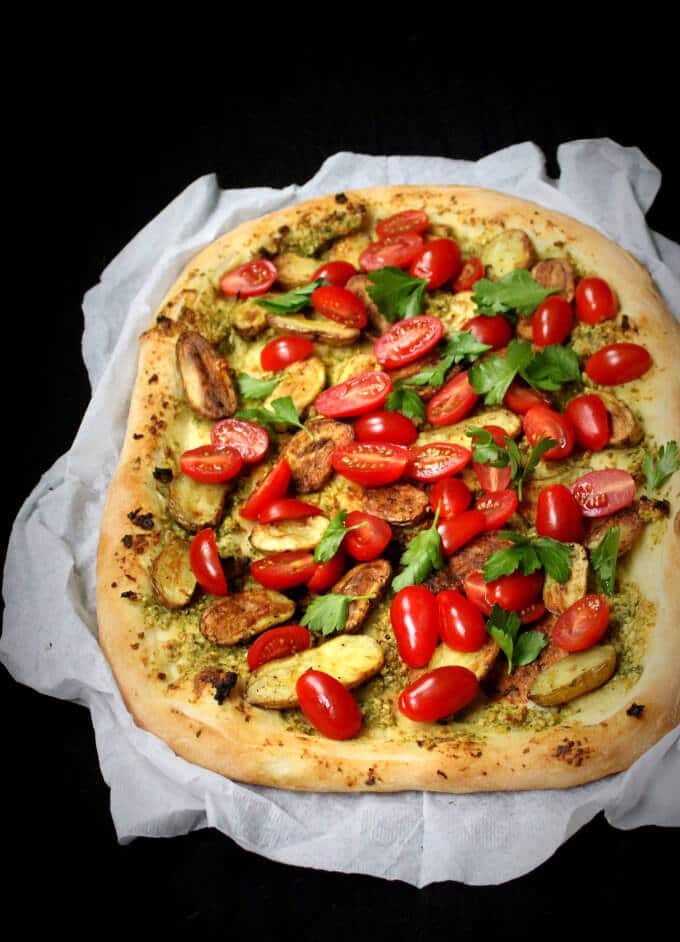 I won't beat about the bush today because, guys, this pizza with fingerling potatoes. It's the ultimate. And you need to know about it, like, NOW.

I can't take all the credit for it because the star of this pizza is it's really gorgeous crust. It's golden and thin and crispy and chewy around the edges. And it's so flavorful, you might want to eat it on its own. I've made many crusts over the year, but I have to say, this one beats them all. And it's not really about the ingredients because the ingredients are no different than any other pizza crust recipe: it's the technique that makes it a winner. 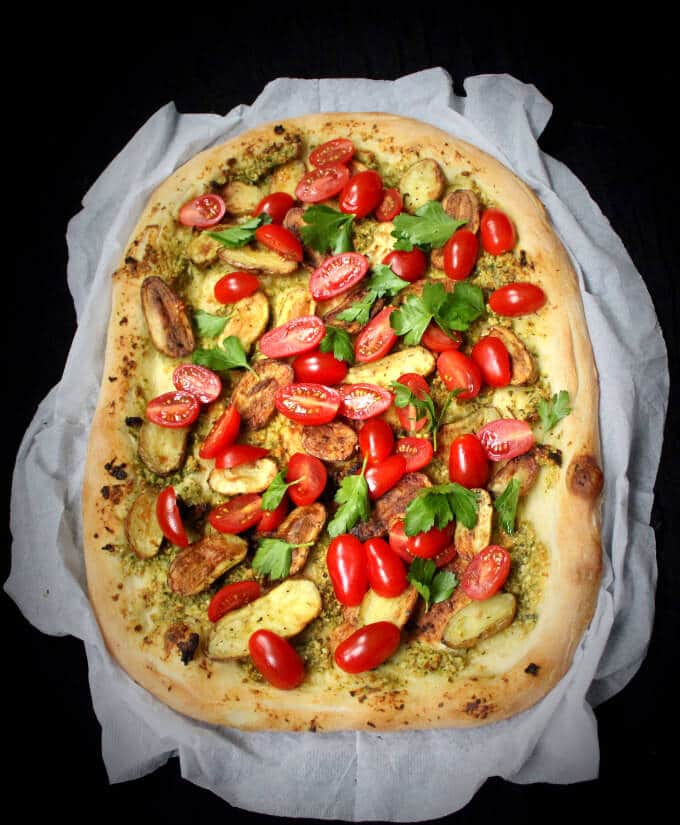 I found the recipe for this crust in Chris Bianco's new book, Bianco. It's not yet out, but a friend got an advance copy and shared it with lucky me. Bianco, if you don't already know, is the owner of Pizza Bianco in Phoenix, Arizona, and is known by many different titles -- the most revered pizza maker in the United States, the superstar of pizza, the best pizzaiolo in the country. One thing is for sure: this man knows his pziza.

The recipe for this unparalleled pizza crust is already out there for the world to see, thanks to the Martha Stewart website, but I have to say that the book itself is mesmerizing: I haven't seen food writing so evocative in ages. It's always a delicious experience to read the words of someone who really knows and loves food, and this book gives a window into the heart and technique of a master at his art. The takeaway is this: cooking is really not about following a recipe, it's about using a recipe as a guideline to do with it what your imagination and expertise will let you.

I followed Bianco's crust recipe to a tee, but I did unleash my imagination with the toppings, while still not going overboard. I wanted this crust to be the star. So I popped on some roasted fingerling potatoes, a fresh, green, cheesy pesto of parsley and cashew nuts, and a ton of cherry tomatoes. They were perfect with this incredible crust.

For those of you with kids, my boy couldn't have enough of it. Neither could Desi, who tends to lean indifferent when it comes to pizza (really, what's wrong with him?)

Hope everyone's had a great start to Mother's Day. If you make this recipe for the perfect Pizza with Fingerling Potatoes, please leave a review and rating below with your feedback, and if you post it on Instagram, be sure to include #holycowvegan.

Ciao! And Happy Mother's Day to all the moms out there. 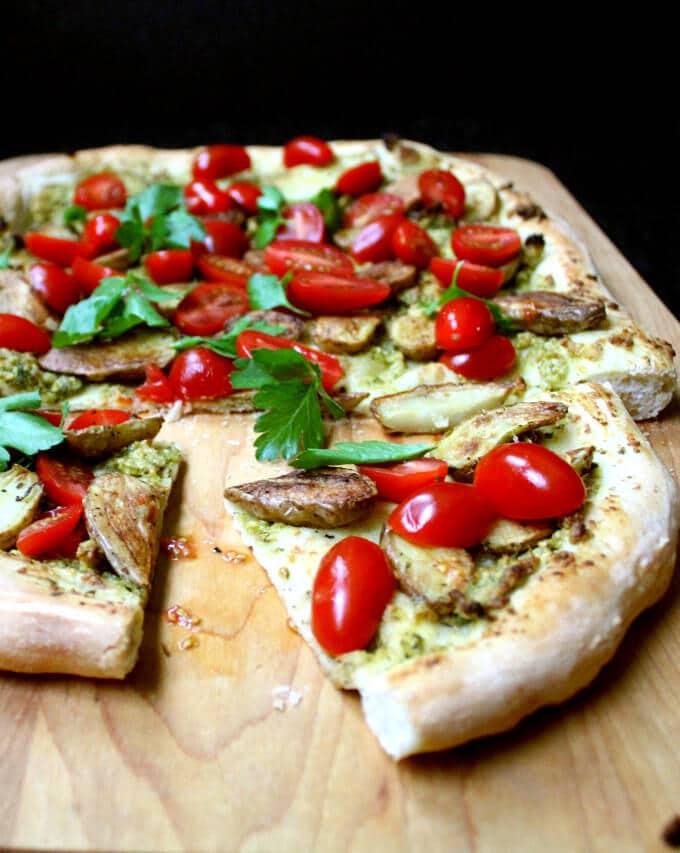 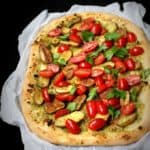 For pizza crust, makes four crusts-- you can save the extras for later (based on Chris Bianco's recipe) 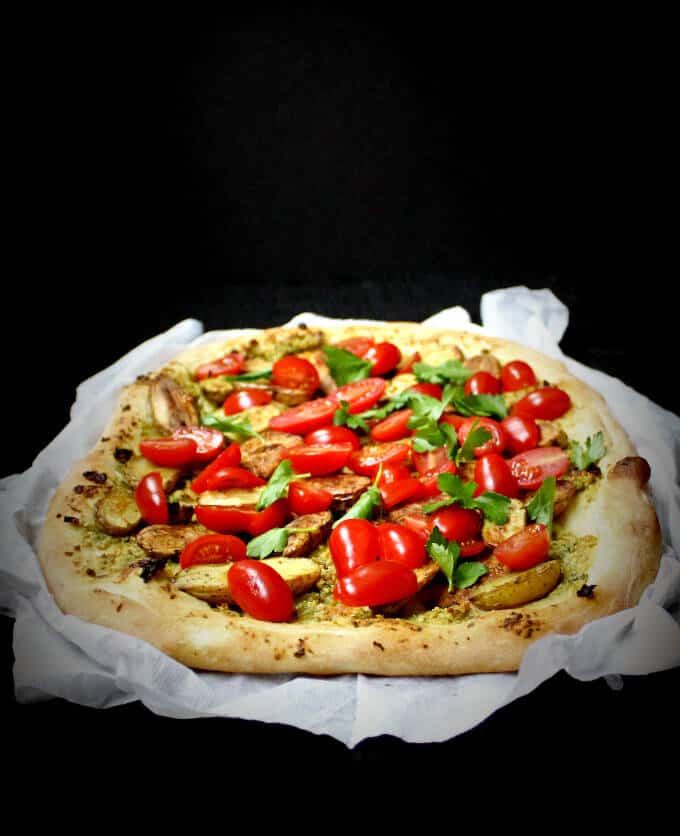