According to the New York Times, the babka is having a moment. So I wanted to have my very own moment with it. But coming up with the perfect vegan Chocolate Babka took a little longer: in fact, it took a few weeks of experimentation and trial and error and, in between, eating delicious versions of chocolate babka that were almost there but not quite. 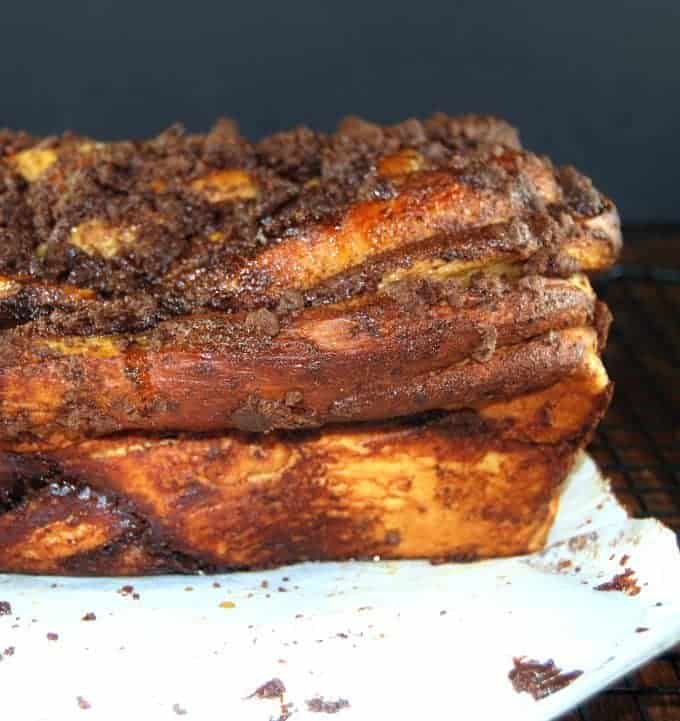 The loaf I have for you today is everything a chocolate babka should be: rich-tasting, buttery, chocolate-y, sweet without being too cloying. And it has a texture that'll make you feel like you've landed on a cloud. Or are eating it. 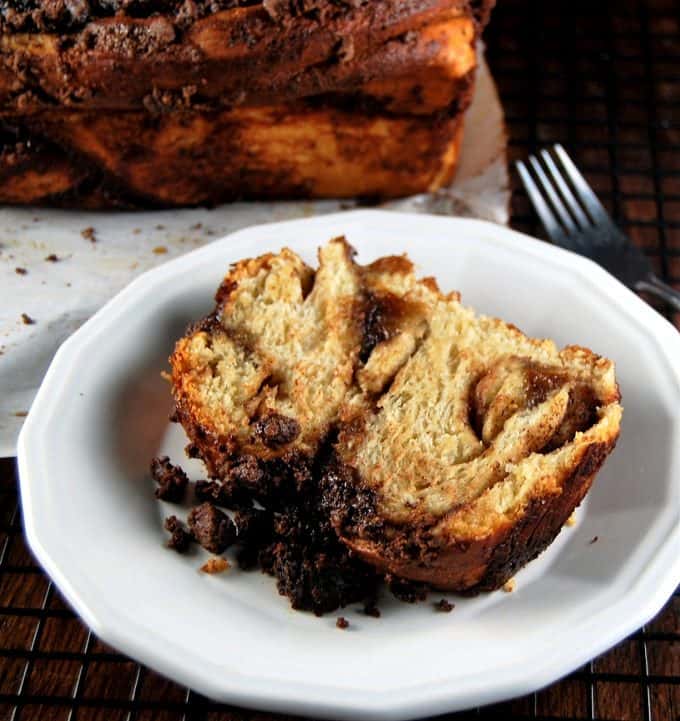 I knew I had hit on the right version when I took half a loaf of this cake to a friend's home and the next day she confessed to me that her Jewish husband and she guzzled it all up in minutes. We didn't even save some for Danny, she told me guiltily, referring to her eight-year-old who was in bed.

It's easy to go nuts for babka. This cake with a brioche-like texture melts in the mouth and the many layers of flavor that go into building it, making it sweetly addictive. But a vegan babka is easier said than done. The structure of this bread is, like brioche, built with a liberal use of eggs that give the babka its characteristic airiness and lightness.

For my vegan version, I used aquafaba-- that rather yucky chickpea brine that I have sent down the drain by the gallon in my past life (I do eat a lot of chickpeas, you know). After seeing everyone in the vegan world rave about it for about a year now, I did consider trying it out a few times as an egg substitute, but c'mon, chickpea brine? Wouldn't that just make everything taste beany and salty? I do love beans, but I don't exactly want my cake to taste like them. 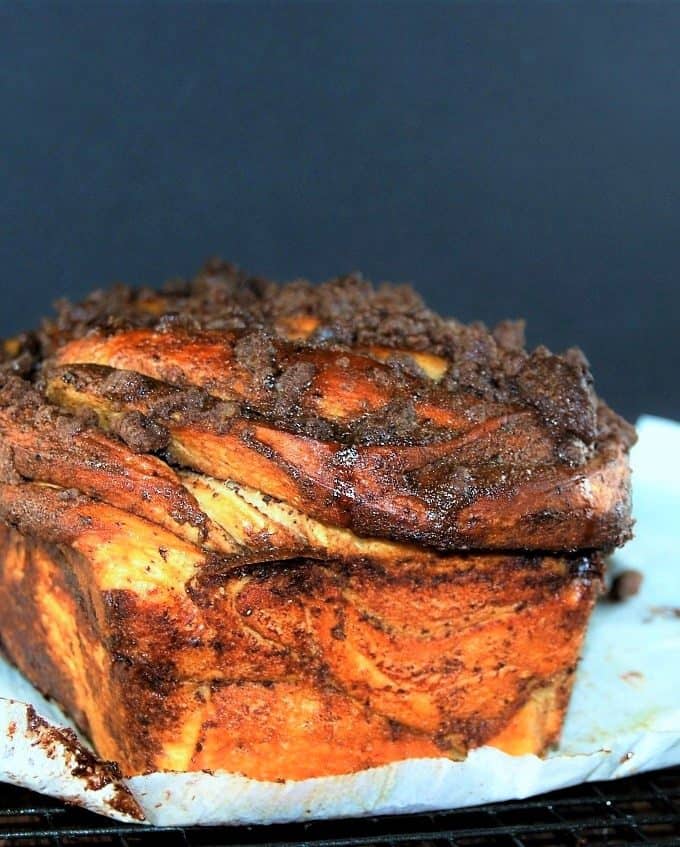 Lucky for me, I was wrong. I've tried it in a few baked recipes so far, with great results. The aquafaba appears to leave no flavor or indeed any trace of itself (unlike eggs which create that awful smell when baked), and it does contribute to creating lightness and airiness in baked goods, just like eggs. And it's free, at least if you eat chickpeas -- and easy. The only thing you really need to remember when subbing aquafaba for eggs is to swap out each egg with three tablespoons of aquafaba. Couldn't be simpler.

The recipe I used riffed off from a very non-vegan recipe by Melissa Clark (watch her video for a good tutorial on shaping the babka). This is a time-consuming cake, with many steps: you make the dough, you make the fudgy, chocolatey filling that tastes SO AMAZING, you make the incredibly delicious streusel, and finally you make the syrup which goes on at the very end, giving the cake a glossy, beautiful look. The results make all of that work well worth it.

This recipe makes two loaves, because, believe me, one's not going to be enough. You might even want to share. Although, on second thoughts, don't count on it. 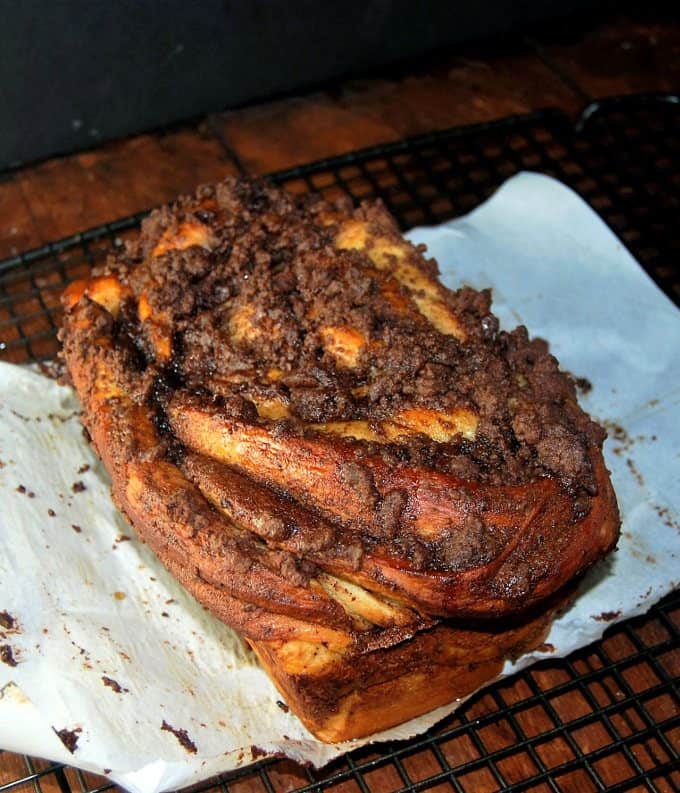 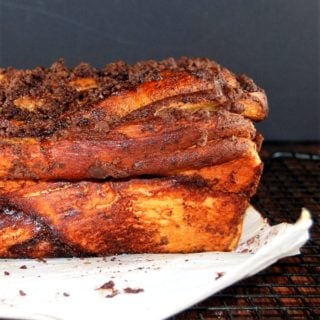 For the fudgy filling

For the chocolate streusel

Jerry and Elaine have a chocolate babka moment: