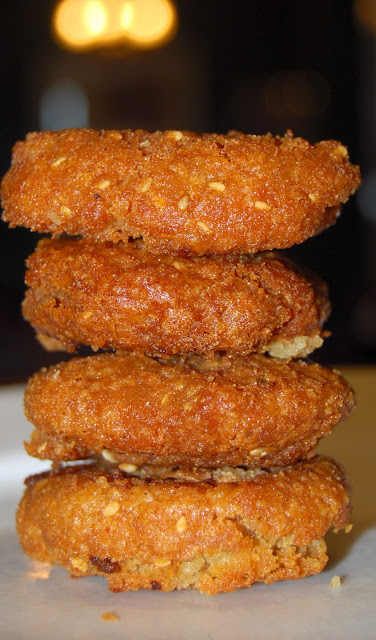 Adhirasams bubbling away in a pot of oil. This is how it must smell in heaven.

Krishna scurried out of bed and into the kitchen. Amma was at the stove, sari tucked above her knees, a hand splayed at her waist, the other holding a long-handled, pock-marked ladle.

The deep-fried sweets made a neat, golden mountain at her elbow.

If only I could get one, Krishna thought. If only, if only. How can I get one?

He had to be quiet so Amma wouldn’t catch on he was standing nearby. “Sneaky,” as Amma had told him countless times, wagging a finger in his face. But what could he do? It’s not as if he could just ask for one

“It’s too early to eat sweets,” Amma would say. “I’ll give you one later.”

Later. Krishna hated that word. He lived for the urgency and perfection of Now.

His jaw had dropped open and the juices were bubbling up in his mouth. It was no secret Krishna loved to eat. He didn’t mind it when Appa told him he ate “like a pig.” Or when guests looked at him and went, “Krishna, you’ve put on some weight!”

Besides, being called greedy was a small price to pay for one of those adhirasams. They were his favorite sweet in the wide world. Amma made them just once or twice a year, and then all Krishna usually got was one.

“Deep-fried foods are not good for you,”  Amma would say when he asked for more. “You ought to be glad I’m letting you eat one.”

If they are not good for me, how come they taste so good, Krishna wondered. And they were so, so good. The juicy crunchiness, the rich, cloying sweetness, and that intoxicating cardamom…

Krishna’s heartbeat rocketed. Guests. At least four of them by the sound of it. Gosh, what if they ate up all the adhirasams, leaving none for him?

He snuck closer to Amma, who hurriedly put the ladle down, pulled at the sari tucked in at her waist, and smoothed it down with one hand. “Come in, come in!” She called out, picking up the plate of adhirasams. “Look what I made for you– your favorite sweet.”

Next thing she knew she was sprawling across the floor, plate still in hand, and the adhirasams were flying across the room. Everyone ran in. “Oh, what a mess,” Amma grumbled in embarrassment as Appa helped her up. “Where’s that dog? He’s always sneaking up on me! This time I’ll teach him a lesson!”

Everyone turned to look at the golden pooch sitting in a corner of the room. His tail wagged even more furiously as the faces turned toward him. There was no mess. Nor a single adhirasam in sight.

Boy, those were good, Krishna seemed to be saying. Thanks, Amma!

What? You really didn’t think I’d tell you a story that wasn’t about a dog, did you?

I wrote this up for Chalks and Chopsticks, an event that calls for a marriage of food and fiction. How tempting is that?

As busy as I’ve been with Lucy and all else, I didn’t find out about the event until after the deadline.  But Sandeepa, the host this time (for the event started by Aqua), was kind enough to let me in. Thanks, Sandeepa!

There’s a pinch of me and a pinch of Opie in this story, if you hadn’t guessed it already. Adhirasams are my favorite sweet in the whole wide world, although I don’t think I ever sent Amma (my Tamil mom-in-law who fed me the first adhirasam I ever had), sprawling across the floor in my quest to get some. But that’s something my smartassed Opie just might do.:)

Hope you enjoyed reading it. And if you didn’t — you’ll definitely enjoy the adhirasams. Here’s the recipe: 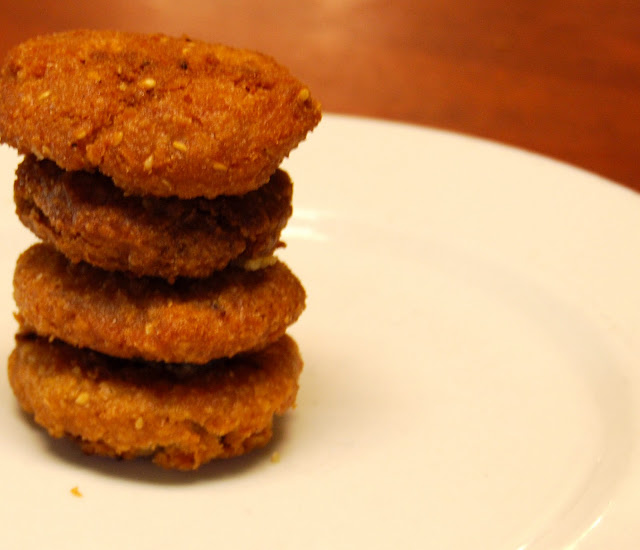 1 cup grated jaggery (an unrefined, Indian sweetener made with sugarcane juice. Sugar’s not a good substitute. You can find this at any Indian store where it’s sold in little bales or chunks. To grate it, I take a big knife and chop at it like you would a slab of chocolate)

1 tbsp sesame seeds (you can substitute with poppy seeds)

A pinch of salt to taste (not traditional, but the salt enhances the sweetness of the jaggery)

1 tbsp canola or other vegetable oil

Place the jaggery in a saucepan. Add 1/4 cup of water and heat on a low flame until the jaggery melts. Bring to a boil and let it bubble for around 5-10 minutes on a medium-low flame. You want the jaggery to reach a “soft-ball” consistency. What this means is that the jaggery syrup is ready when you fling a bit of it into some water and it balls up into a soft ball.

Place all the other ingredients in a bowl, mix well, then add the jaggery syrup. With a ladle, mix it up until you have a soft dough that holds together.

Heat the oil. You don’t want it to get too hot because the adhirasams will burn on the outside without cooking thoroughly inside. About 325-350 degrees is perfect.

Break off a piece of the dough and form a ball about 3/4ths of an inch in diameter.

Place it in the palm of your hand and flatten with your fingers into a disc.

Fry a few adhirasams at a time in the oil, without overcrowding the saucepan. Flip them over when they start to turn golden-brown and cook the other side.

Remove to a paper-towel-lined sheet and allow them to cool a little before you dig in.

And share them with your pooches, if you have any! Mine really do love these. 🙂 But don’t go overboard– as Amma would say, neither of you ought to be eating too much of that deep-fried food!

More posts for Chalks and Chopsticks!