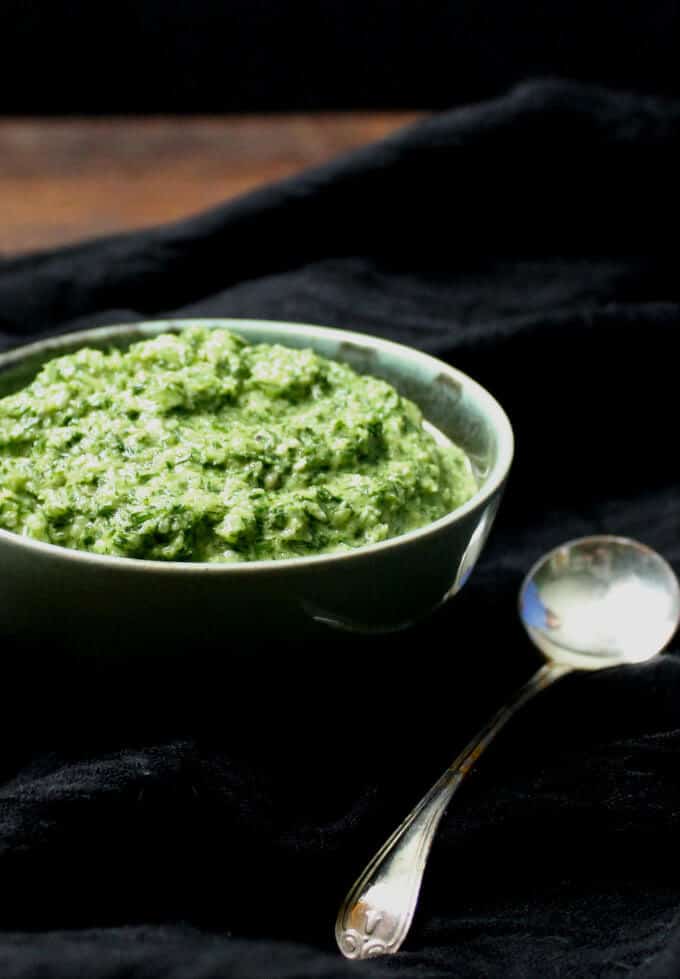 I've been making a Fennel Fronds Pesto for years because it seems a shame to me to throw away those gorgeous, feathery greens. When you grow up in middle class India, one of the things you learn early on is to stretch every resource there is until it squeals. And there really is no reason why anyone should throw fennel fronds away. They are delicious, with a fresh, licorice flavor that lends itself perfectly to fresh salads or pestos. 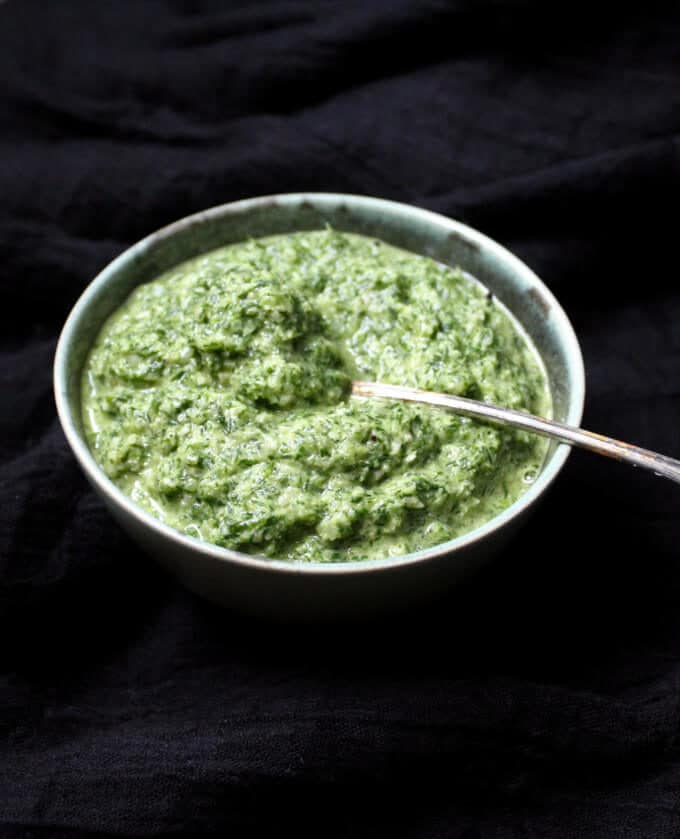 Fennel, in its fresh form, is not eaten widely in India, or at least it was not along the west coast of India, where I grew up, although fennel seeds are commonly used in Indian cooking. When I moved to the United States, I was intrigued by these juicy, crunchy bulbs and their brilliant-green fronds, and the fact that they tasted so much like fennel seed, only way fresher. I incorporated them quickly into my cooking, and never looked back in disappointment.

This fennel fronds pesto is one I've been making for a long time now,  but it's been buried under the more than 1,000 recipes that are now on this blog, so here it is again. 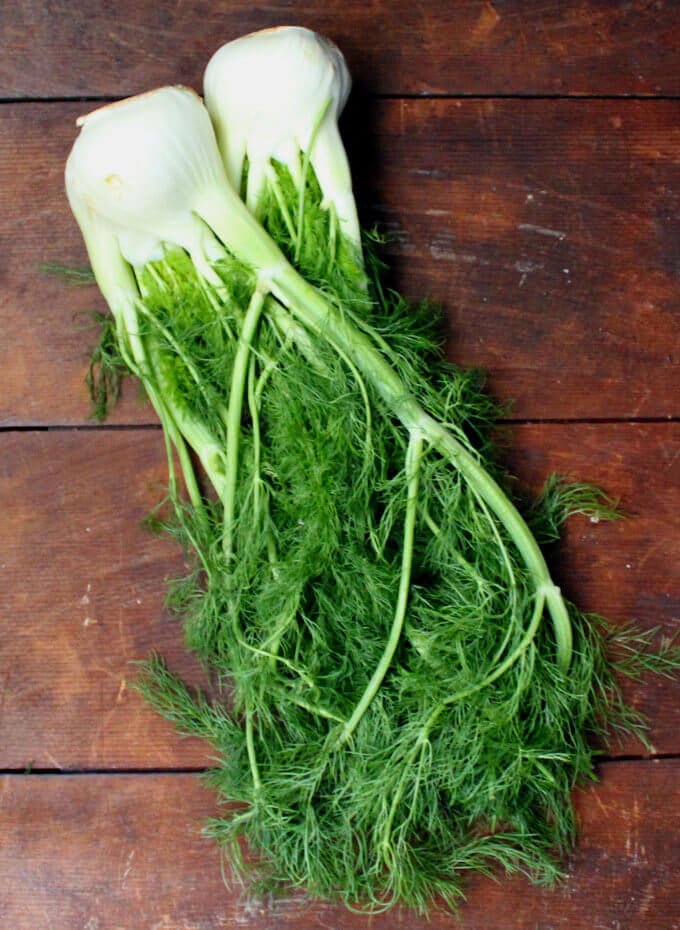 You can use this pesto for pasta, of course -- roast the fennel bulbs and toss them in too for a tasty and nutritious meal -- but you can also smear it on a piece of toast or top a tasty tofu or tempeh steak with it. Your imagination is the limit, and you really don't need to limit it when there's so much deliciousness on offer.

If you're worried that the pesto will taste too much of licorice, worry not. The flavor is mild, at best, and it is really quite delicious when combined with pasta. I use pumpkin seeds instead of nuts in the recipe, which makes this recipe even healthier. You can sub with pine nuts, the more traditional choice for pesto, or with walnuts.

I don't really miss cheese in my vegan pestos, but sometimes I add a dash of miso or nutritional yeast, both for their cheesy flavor and for the nutritional weight they bring. I added it here, but you could leave it out and it wouldn't hurt the flavor at all.

If you make this recipe or any other on the blog, be sure to let me know in the comments below. Or take a photo and tag me @HolyCowVegan on Instagram. I'd love to see! 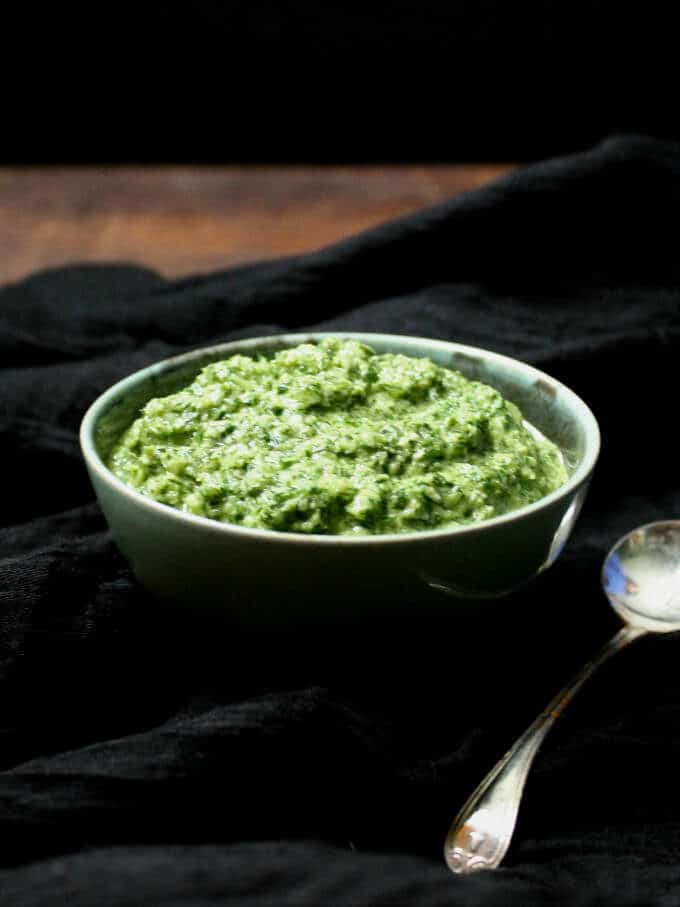 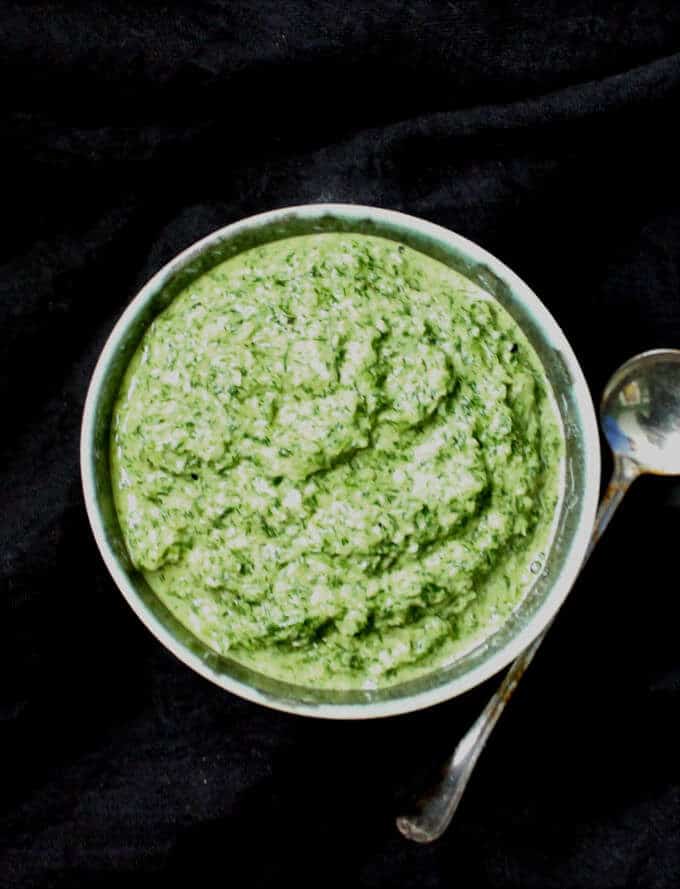 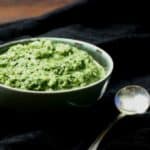 You can add more or less olive oil, per your preference. For a runnier pesto, you'll want to use more oil.