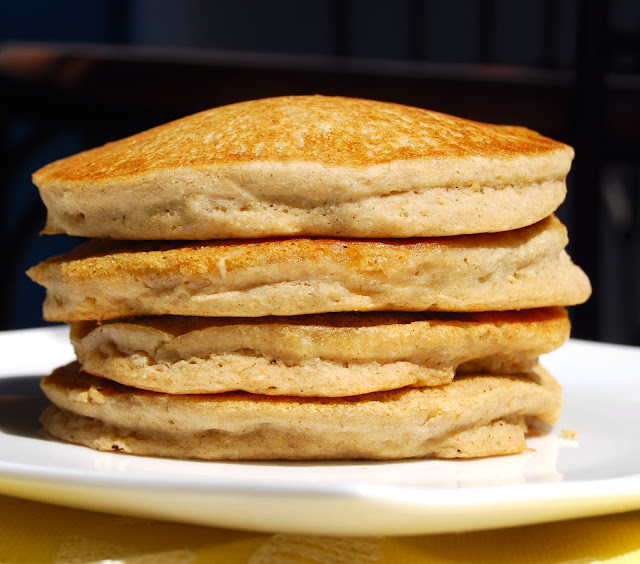 It's not easy to be vegan and discuss weight gain.

Vegans, we are told unequivocally by all the experts in the field of plant-based nutrition, don't gain weight. And if they do, it's because they are doing something wrong. They are eating too much junk. Or they are eating too much. Period. It makes those among us who watch what we eat but also have to watch the scales feel very guilty. And very helpless.

My weight gain, although not drastic, was hard for me to accept because I had been thin all my life, until after I turned vegan. I was always an extremely skinny child -- so skinny, in fact, that people would sometimes jokingly ask me, child, are they starving you at home? I was skinny all through my 20s and 30s, when I became a vegan. Yes, I did gain those five pounds every now and then but it was never hard for me to lose them.

In the beginning, the vegan diet seemed to work: I did not lose weight but I didn't gain much either. And then, a couple of years into it, I began to realize that the scales were tipping upwards. And not coming down, even when I started to cut down on what I was eating.

It must be the carbs, Desi said, it's hard to get protein on a vegan diet. After spending years arguing with him and in denial -- and 25 pounds later -- I finally faced up to the truth: my vegan diet was not helping me keep the weight off. If anything, it was making things worse.

Now before anyone gets the idea that I am going to discard my vegan diet, let me clarify that I am not. I am an ethical vegan. I don't eat animals because I do not want to kill another living, sentient being for food and nothing will change that. I did not become a vegan because I wanted to lose weight or because I wanted to improve my health. And I will say that there is really nothing wrong with my health now. My blood pressure and cholesterol are great, and my weight gain is not so terrible that it would warrant desperate measures. For anyone looking to improve their health, a vegan diet  is still the best option. And for most people, it does work with weight loss too: although Desi is not always vegan when we eat out, which is rarely, he eats only vegan at home -- the same healthy vegan food I eat-- and never has to worry about weight gain. So yes, I acknowledge that metabolism and genes play a role in this too.

But not every vegan who is thin is eating healthy either. I know many, many vegans and for every vegan who eats a well-balanced diet and stays thin, there is the vegan who eats an unhealthy diet to stay thin. I have known a vegan who would eat just a steamed sweet potato for lunch every day, another whose lunch box held nothing but a few shreds of lettuce, and one who considered an apple her entire lunch. They were all thin. For me, a sweet potato is a great side-dish, an apple is a snack, and lettuce should be part of a salad. I would rather be fat than not eat a Garlicky Vegan White Bean Soup or a serving of delicious Vegan Pasta Puttanescafor lunch.

But I am determined to shake those pounds off and what I am trying to do is eat more cognizantly while still eating well. One of the first things I have realized is that I need to move away from soy. There are many arguments out there against soy and its effect on hormones, but many plant-based nutrition advocates refuse to acknowledge those and, if they are asked about it, they shrug them off. I never consumed much soy but I did add soy milk to my tea or coffee and at three to four cups a day it added up. I can't stomach almond, rice, or coconut milk in my tea because of their strong flavors. I guess I'll just have to do without, unless someone out there has a better idea. Giving up tofu will be easier simply because I didn't eat too much of it--the only times I did were as a substitute for yogurt in Indian recipes or for quiches and breakfast foods, which was not often.

I am also trying to eat more gluten-free because it's supposed to help with weight loss, although wheat is not something I intend to give up entirely. Many Indian breads are made with wheat, and gluten-free flours just don't give you the right texture for a poori, say, or a chapati.There are many Indian dosa recipes and some flatbreads that can be gluten-free and I will certainly be making more of those.

I am going to try and get more protein in my diet, and eat more leafies. Vegan nutrition experts say you need between 50 and 60 grams of protein (non-vegan nutritionists put this figure closer to 100). But getting even 50 grams of protein on a vegan diet is hard, unless you eat a ton of beans or soy-- and then you get all the carbs that come with these foods. I do eat foods like quinoa fairly occasionally, but I am going to try to include this wonder grain in my diet much more to get high-quality protein and supplement it with high-quality, high-fiber beans.

I am also going to exercise more. In the past year or so, caught up in the demands of a new job, I have been neglecting my workouts and although that has not really aggravated my weight gain, it certainly hasn't helped.

So there it is: my story about weight gain on a vegan diet. I am determined to do something about it while staying vegan because I can't imagine any other way to be. Hopefully, as the days go by, I will share with you my successes -- and perhaps my failures. But you can expect from me an honest account of what works and what doesn't. It's time to cut through the lies out there, however well-intentioned they may be. 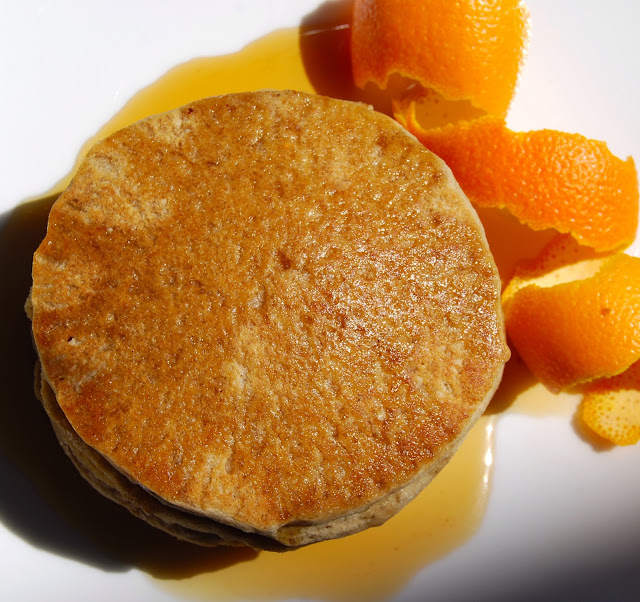 You might not have expected a pancake recipe right after a post about weight gain, but I made these last weekend for Desi who has jumped on the gluten-free wagon faster than I have. And they are healthy, especially if you can limit the amount of syrup you pour on.

While making gluten-free foods, I have learned fast to steer away from the pre-mixed "all-purpose" gluten flours. These flours tend to have too strong a flavor and I prefer mixing my own flours to keep the taste as clean as possible. For pancakes and waffles, the premixed flours also tend not to work because they have too much starch, like tapioca flour or potato flour, and they often contain xanthan gum. These ingredients make the pancakes and waffles rather gummy.

This pancake recipe is extremely versatile. Use your own mix of flours: I used brown rice, millet and oat. I also mixed in some almond milk. They were light and fluffy and quite perfect. 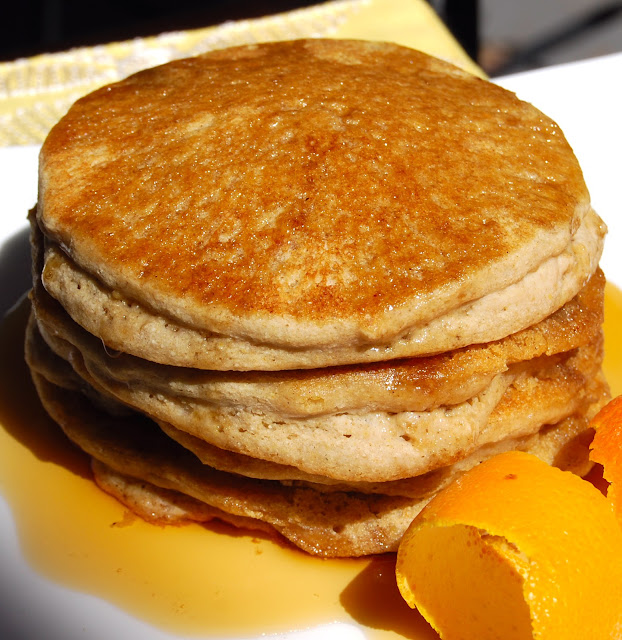 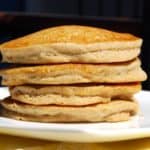 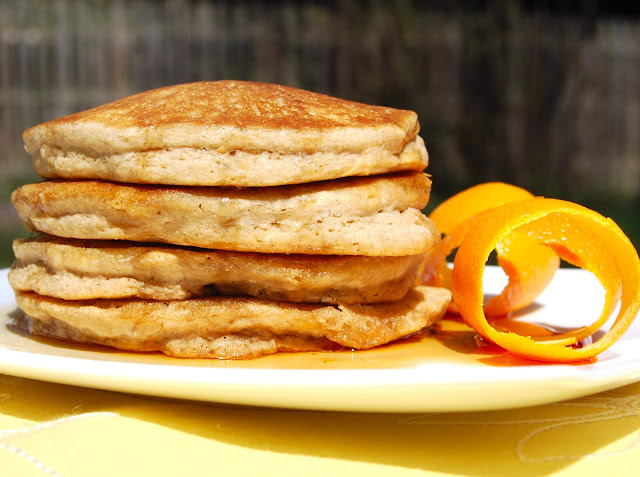