A homemade tikka masala curry paste that comes together in minutes and can be stored in the refrigerator or freezer for busy days. Soy-free, gluten-free and vegan recipe. Can be nut-free. 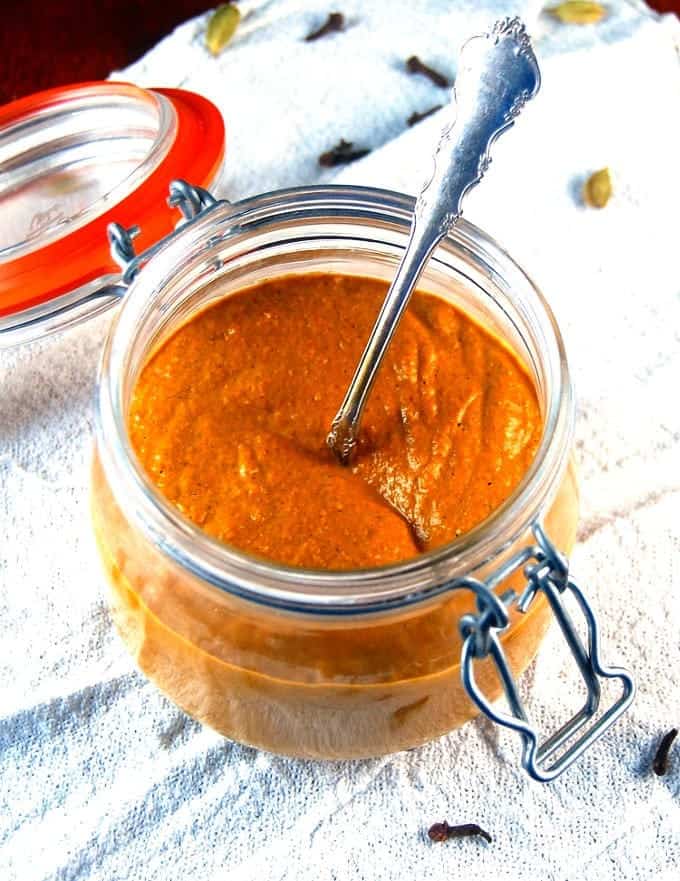 If you are a harried cook, and who isn't these days, you are going to love my Tikka Masala Curry Paste. It's saucy and spicy and full of deep, rich flavor, but best of all you can scrape it into a jar, bung it into your refrigerator, pull it out when you have a mind for something flavorful and comforting, and get a satisfying meal on the table in under 15 minutes. Yes, you read that right-- 15 minutes.

But first, I want your advice. Because these are rough times for my heart.

Opie, my dog, is sick. He started to lose his balance last month and we found out that he has a condition that causes bloody fluid to accumulate around his heart: pericardial effusion. The fluid puts so much pressure on his heart that his blood pressure shoots through the roof and could cause him to collapse or even die.

After the diagnosis, a cardiologist stuck a needle in him, pumped out the liquid, and told us that it may or may not come back, we had to keep an eye on him. The liquid did come back, and now the doctors believe he could be harboring a tumor in his blood vessels that's causing the effusion. If that's true, he may have two months or less to live.

On Monday morning we rushed Opie back to the hospital because he could not move and his breathing grew labored. He will stay there until Wednesday when he will undergo surgery to remove his heart sac and when we will know, for sure, if he has a tumor.

While agreeing to surgery would be a no-brainer if Opie were younger, at 13 and a half, with severe arthritis that makes it difficult for him to move, we are nervous about his recovery from open heart surgery. Since I know my readers here at Holy Cow! are an animal-loving bunch with pets of their own, I wanted to take a chance and ask if any of you have faced a similar diagnosis for your pet before, and what you did.

Opie is my heart. I have been mom to many, many cats and dogs, and I have loved each one of them with my whole heart, but with Opie it's always been different: he has always been the one. Desi often tells me I played favorites with Opie, even when we had other pets, including Lucy and Freddie, and there is some truth in it. I have often told Desi, only half-jokingly, that he should never ever let anything happen to Opie because I don't think I can live without him.

He is the dog every one of our guests always fell in love with, even when he did not return their affections. Part chow, he is incredibly loving and loyal to Desi and I and cannot bear to be separated from us for even a few minutes, but he is also rather aloof with people who are outside his pack. But there has always been something about that golden, fluffy fur, the constantly wagging tail, and the wide smile on an angelic face, that has made hearts melt. When we drive down the street, Opie riding shotgun in my lap, every driver and pedestrian we encounter who happens to see him smiles instantly.

Please keep him in your thoughts. 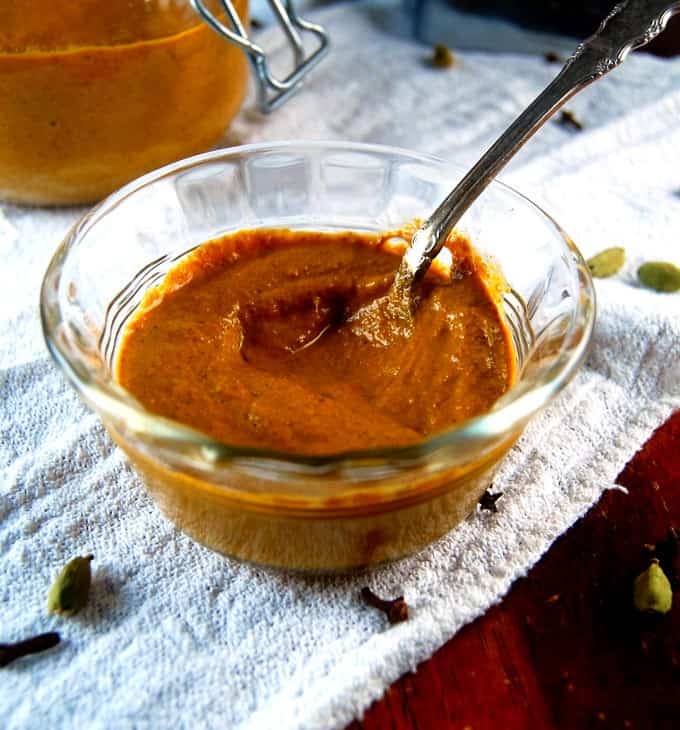 I have always been a speed-seeking cook, but given how much busier my days have gotten of late, I have been trying to find new ways to make food fast without compromising on the deliciousness. As a result, I've been making more and more sauces and pastes that I can store in the refrigerator or freezer and pull out to create healthy, tasty meals on the fly.

This Tikka Masala Curry Paste is one of my favorites, because it's easy to make and the amount that this recipe makes is enough to last three meals, which is wonderful. I store this in the refrigerator if I know I am going to use it up within a week, but if you plan to store for longer, place it in the freezer and thaw out in the microwave or on the countertop.

In my next post, I will share with you a Tikka Masala Curry made with this sauce (this will also work wonders with a slow cooker recipe-- I can imagine emptying a can of chickpeas into a cooker with some of this sauce and some water and letting it all slow cook to perfection). But first, the Tikka Masala Curry Paste recipe. 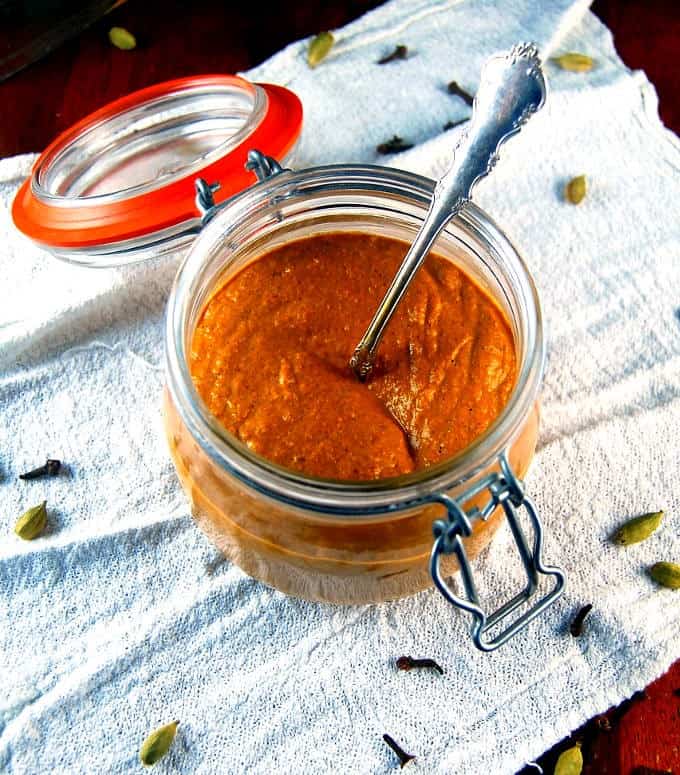 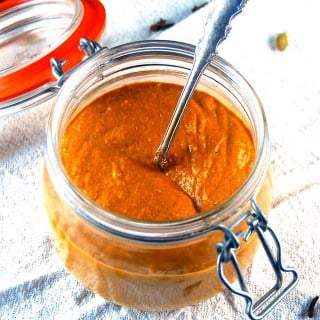 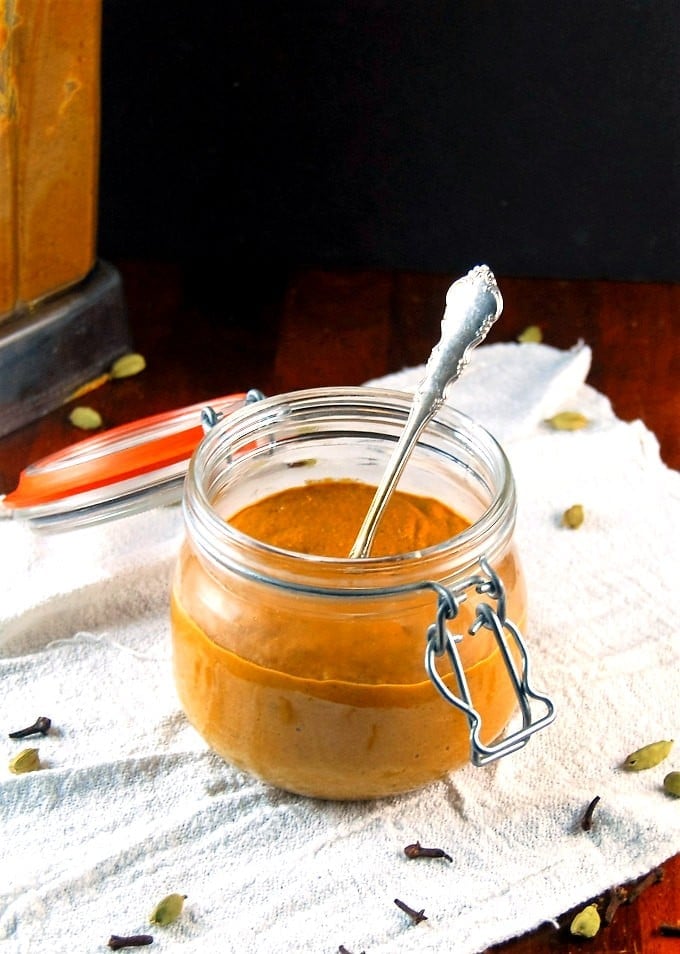