These crispy, healthy, and vegan potato skins have a mouthwatering filling of lentils and veggies, inspired by a South Indian recipe. A great way to have your spud and eat it too. The recipe is gluten-free, soy-free, and nut-free. 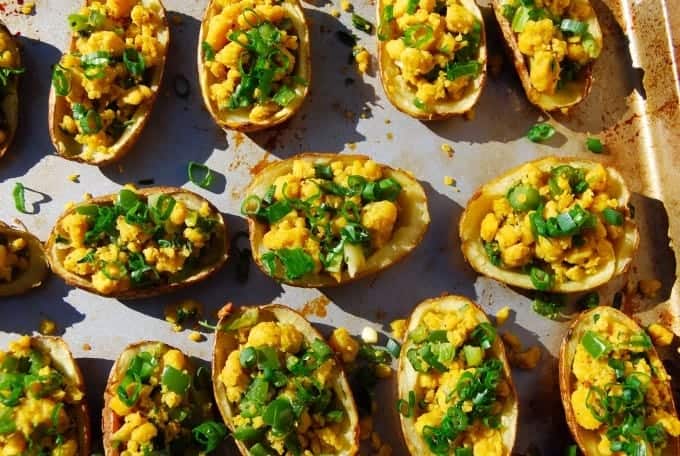 Yeah, I know. Only a vegan would think of making a healthy snack for Superb Owl (Hey, I'm a Colbert fan and I like his version better). But just because we are about to watch a bunch of brawny men brawl it out for a trophy doesn't mean we shouldn't be watching out for our waistlines as well.

I am a big fan of the spud, probably the biggest. I could eat potatoes morning, evening, night and in my sleep, if that were possible. And the spud must love me too, because when he hugs my hips he just doesn't let go.  Since that's not a very good look for me, I have to keep finding ways to make over this adorable guy in ways that I can devour him without feeling horribly guilty afterwards.

My Healthy Vegan Potato Skins are a perfect way for me -- and you-- to have the spud and eat him too. I load the skins, pared down to near-bareness of their starchy flesh, with an unexpected filling of lentils and vegetables.  It's a treat you have to eat to believe. 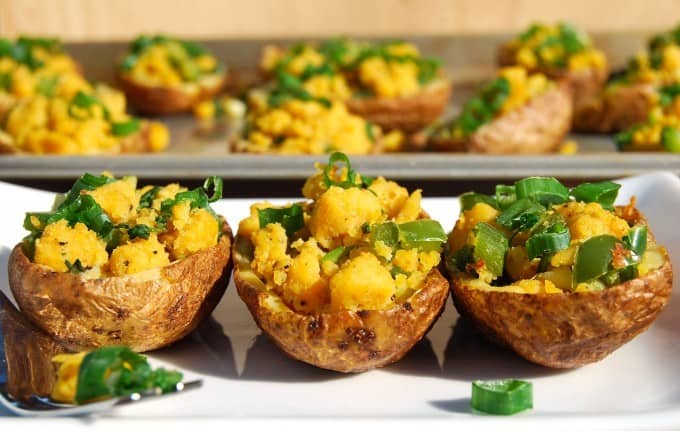 To make the filling for these vegan potato skins, I fell back on my love of Tamil cuisine. Tamilians make a delicious stir-fry with vegetables and a lentil paste that's called Paruppu Usili. When I first ate Cabbage Paruppu Usili at my Iyengar in-laws' home years ago, I fell in love with it. I have made it a thousand times since, if not more.

My filling riffs off the traditional recipe-- I used some smoky chipotle chili in my version to add some sass, and some garlic, also not a typical ingredient. And the veggies I used in these vegan potato skins are green peppers and scallions or spring onions because I love them, although you could use almost any veggie, including leafies. Kale or spinach would be great here.

I won't chatter any longer because I know you want to see that recipe for Healthy Vegan Potato Skins. Here it is. And enjoy! 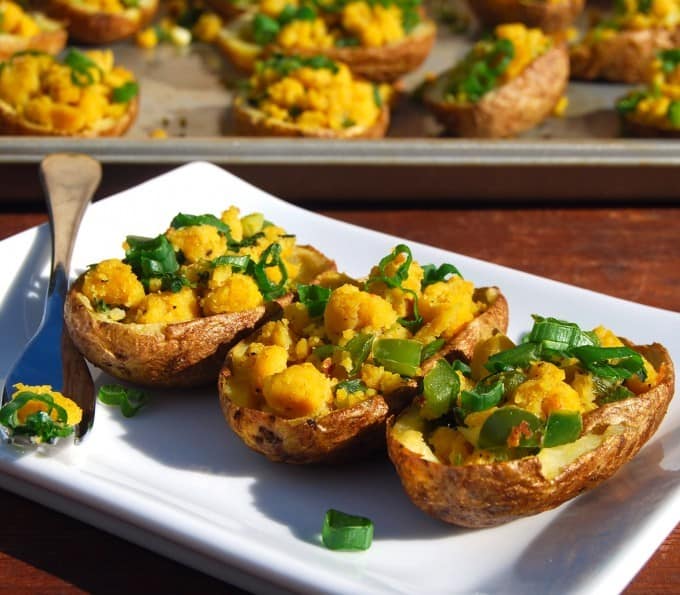 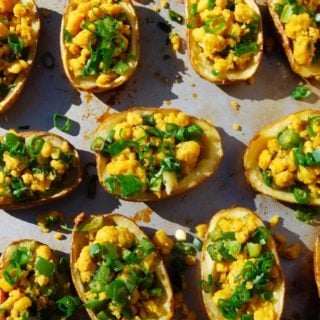 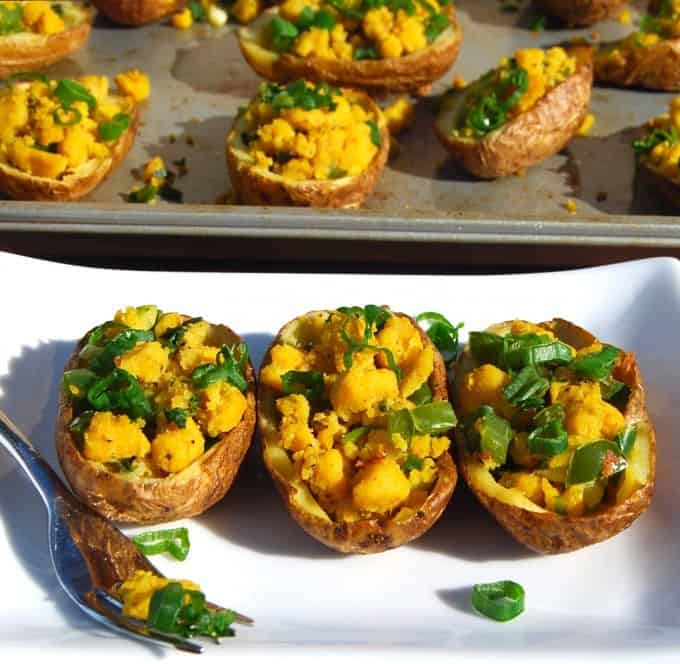