You are here: Home | Indian Vegan Recipes | Baked Samosa with a Chickpea Filling 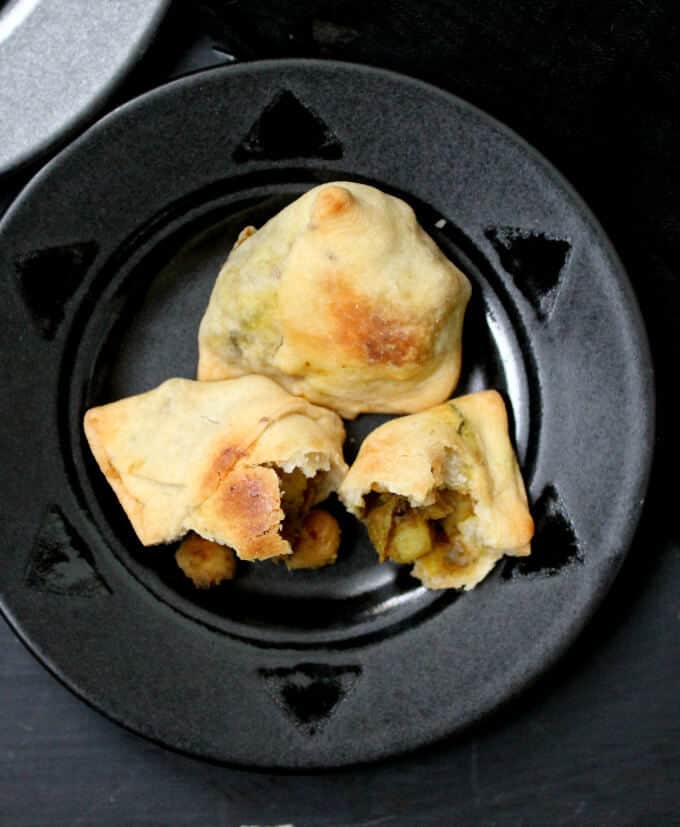 Who doesn't love a samosa? This spicy, crispy pocket stuffed with potatoes is a favorite the world over, and makes great finger food or a snack.

Jay loves samosas -- "Y'know it's my most favorite food in the world, mom!" -- so I often get requests to make it. And thanks to this foolproof recipe for baked samosas that I shared with you all the way back in 2009, I can say yes to him more often than not. 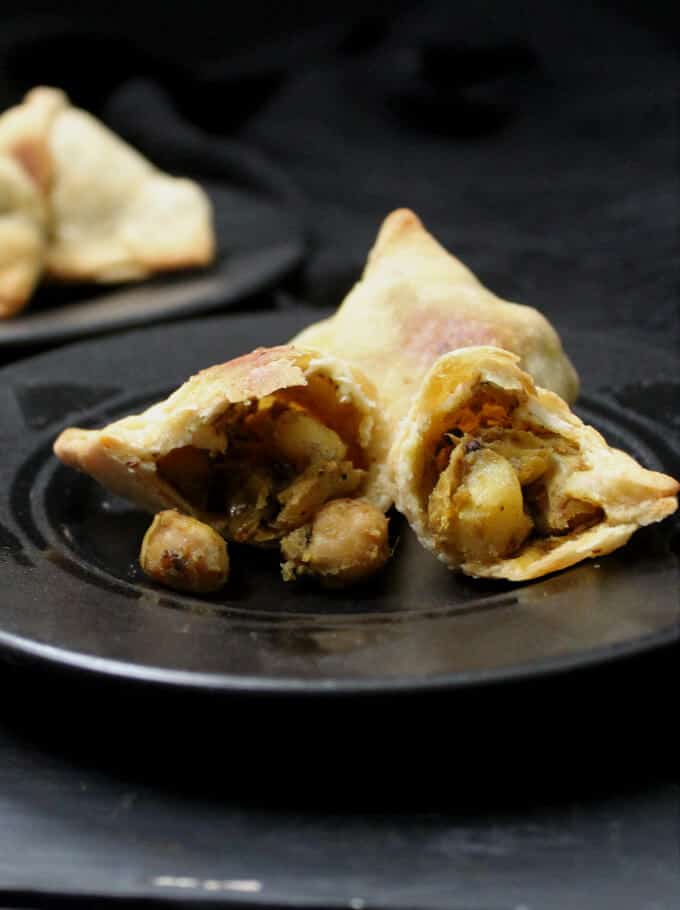 Contrary to what you may think if you've never made a samosa, these little creatures are rather easy to put together. 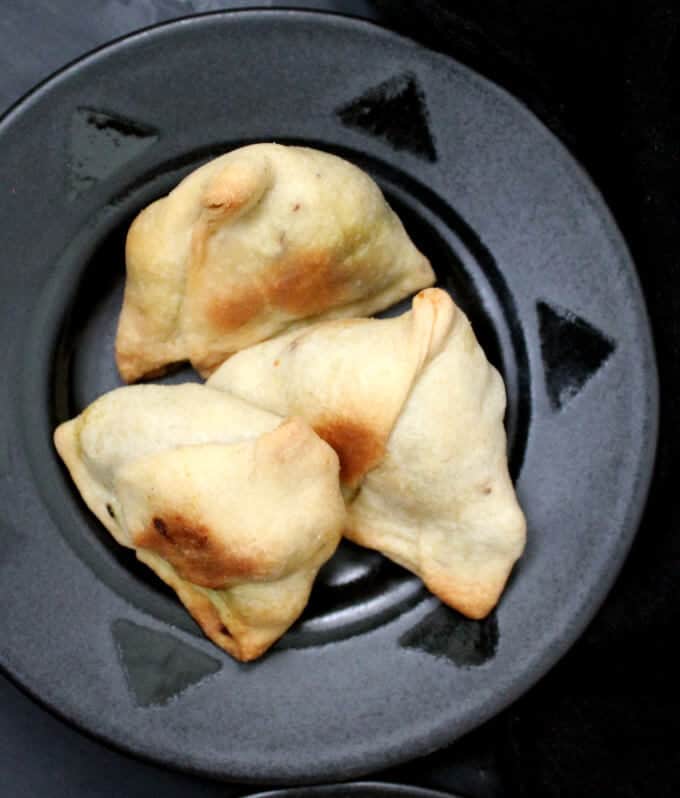 Yes, and the results are astonishingly good. Your wrapper won't be as flaky and golden as the deep-fried version, but it'll certainly be crispy enough and it'll taste amazing.

I did say these are foolproof, but here's one thing you do need to be careful about-- the thickness of your samosa wrapper. Roll it out as thin as you can, without tearing it. That way, your samosas will be at their best when they come out of the oven -- golden, flaky and crispy.

You can stuff anything in a samosa, but my filling of choice for these baked samosas is a spicy mix of chickpeas and potatoes. This makes the samosas much healthier than a traditional stuffing of potatoes and peas would (not that there's anything wrong with that -- you can also use this traditional stuffing in my Punjabi Samosa recipe here). 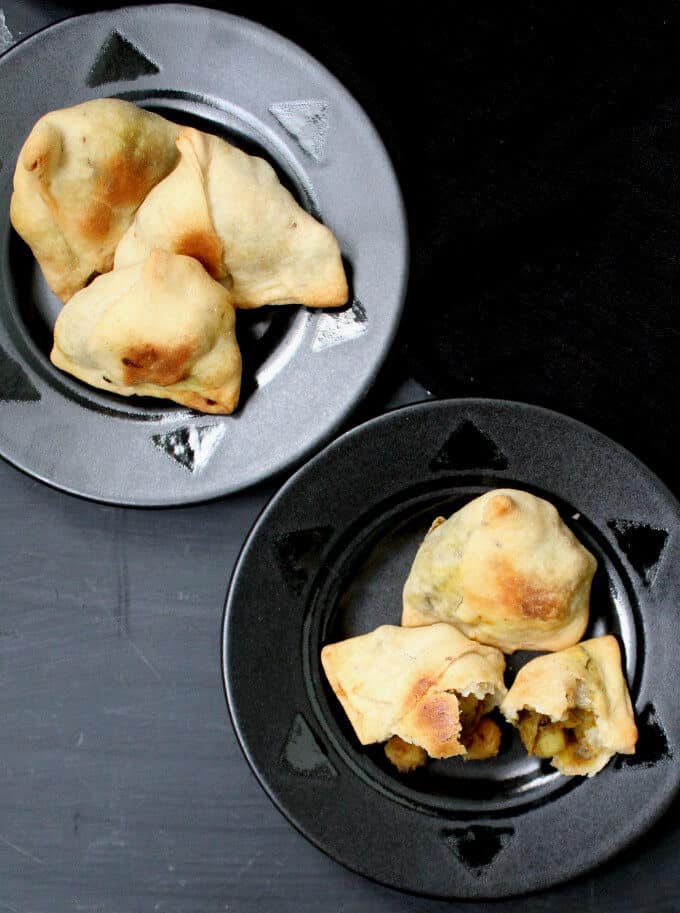 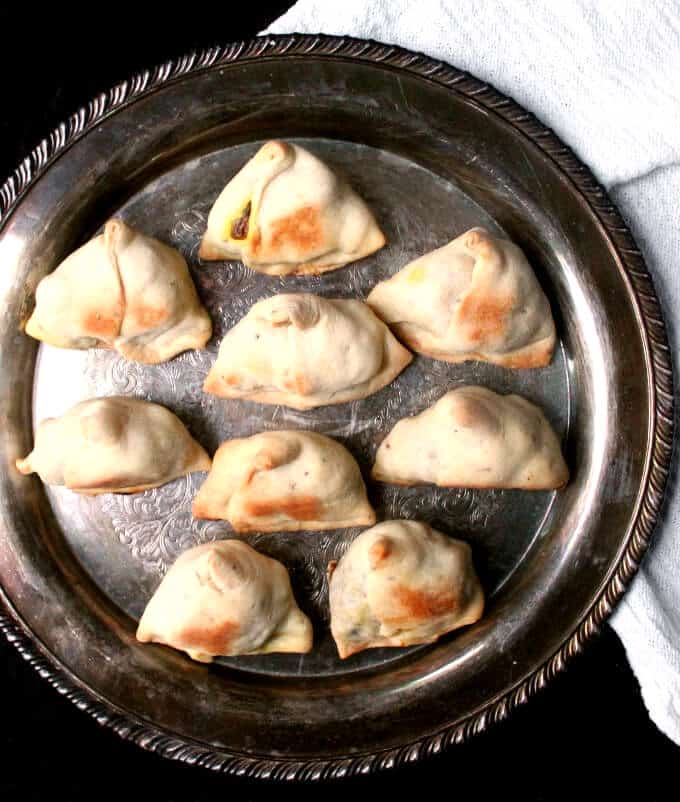 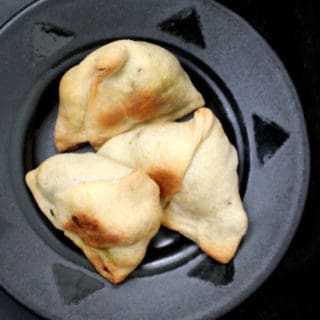