My Baked Keema Samosa, an Indian-style meat pie, is vegan and meatless, of course, but it's just as delicious as the real thing. And with just 60 calories in each samosa, you can afford to indulge. Serve these samosas as a snack or even as a lunchbox meal. A nut-free recipe. 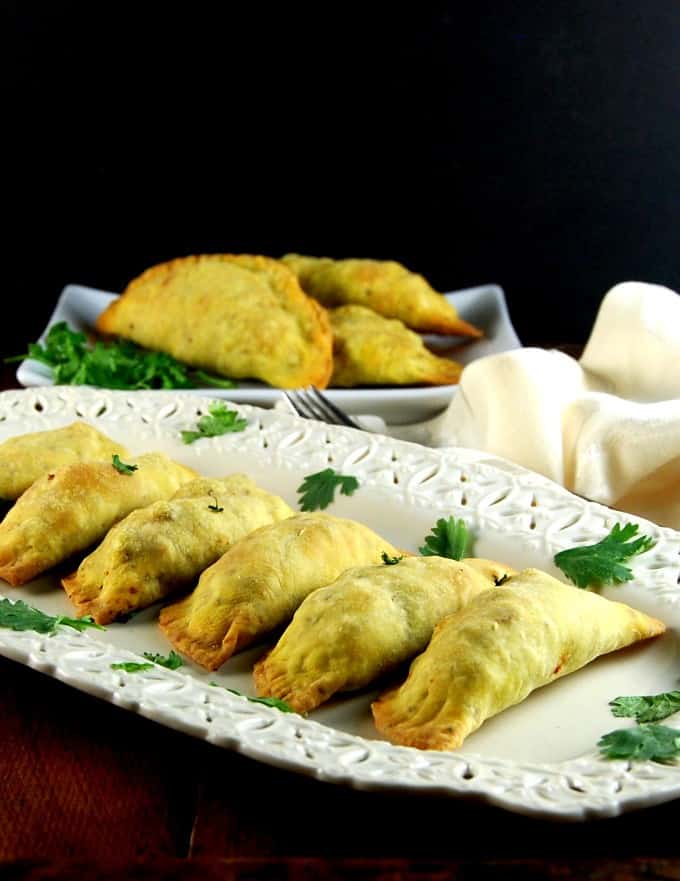 These vegan and meatless Keema Samosas are not just crispy and savory and all of those other good things that make the tastebuds scream, gimme more! They're also comforting and soul-satisfying and kid- and adult-pleasing.

There's hardly anyone in the world today who does not know a samosa, or love one. It's the perfect snack, crunchy on the outside with a delicious filling on the inside. While the traditional samosa filling is potatoes, it is easy enough to switch that out for something healthier, like these baked samosas with chickpeas, one of my favorite samosa stuffings, or even lentils. 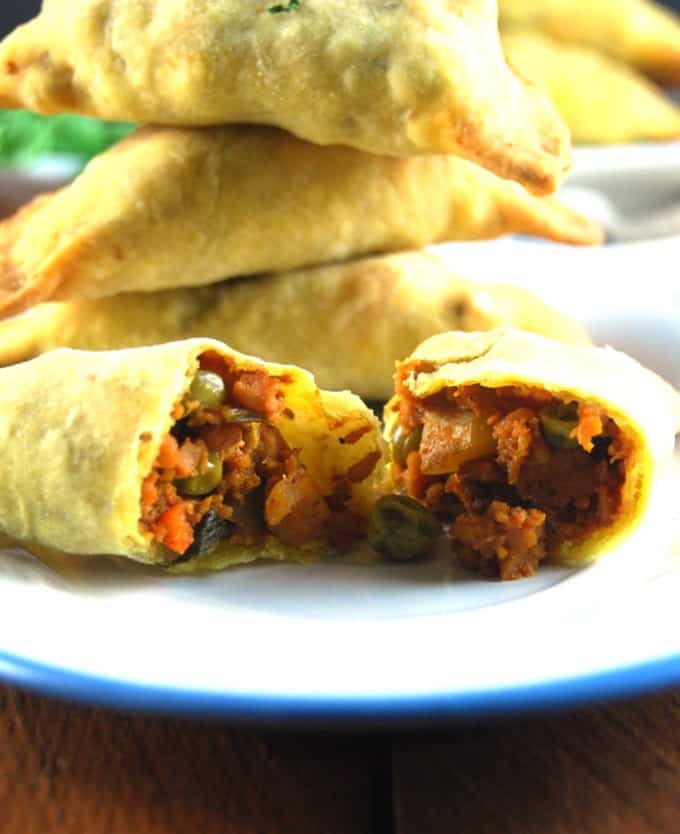 This time, given that it is the holy Muslim month of Ramadan, I decided to make a samosa that's particularly popular among India's Muslims: Keema Samosa. Keema is ground meat-- usually mutton or beef in India -- and restaurants in Bombay sell mountains of these samosas to the devout for iftar, the feasting that goes on after the Ramadan fast each night.

In my home, we need no excuse for samosas, especially when they are baked, like these are. The keema for my keema samosa, of course, is absolutely vegan, made with textured vegetable protein (TVP). But it's so flavorful that not even the most die-hard omnivore will complain. In fact, when I take my vegan keema to potlucks, it's usually the first thing that runs out. 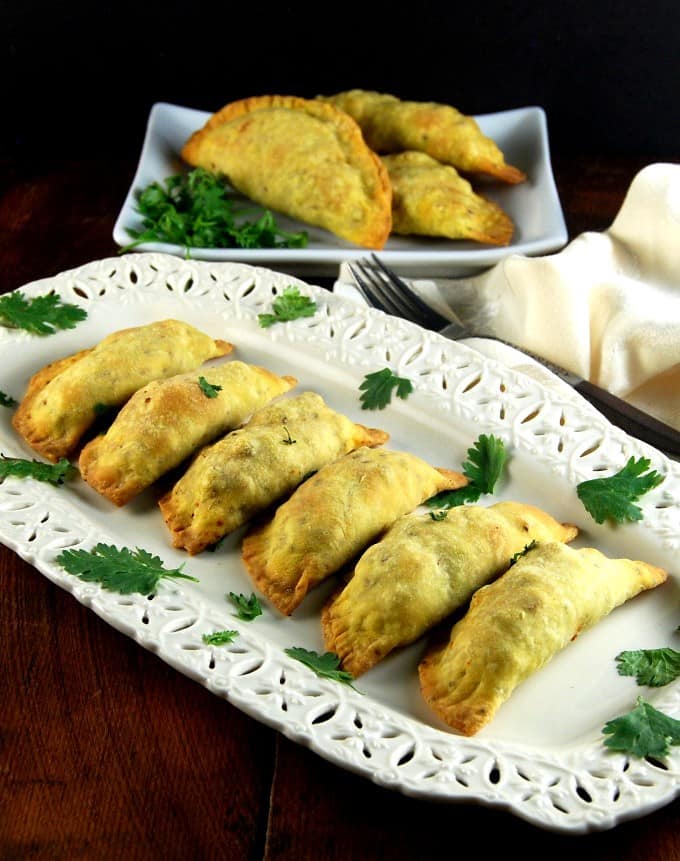 And stuffed inside the crispy samosa cover, it's absolutely divine. The TVP makes these samosas protein rich, but there are also a ton of veggies in here-- carrots, peas, and onions. You can experiment with others-- sweet potatoes or mushrooms would be perfect.

It's late Saturday night so I'm gonna run and curl up with a glass of wine, these Keema Samosas, and Desi. Perfect. How are you spending your weekend? 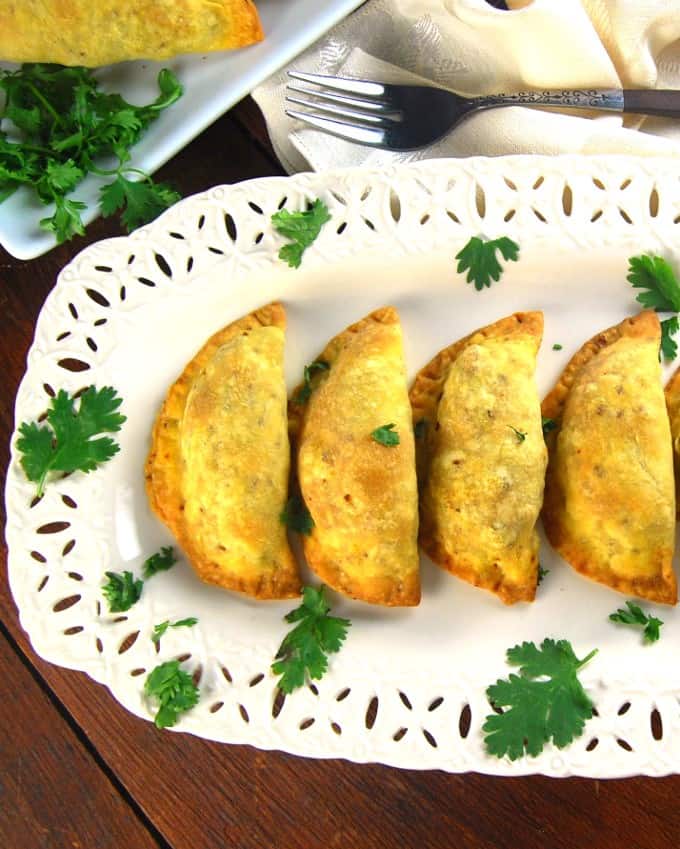 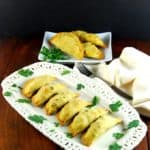 My Baked Keema Samosa, an Indian-style meat pie, is vegan and meatless, of course, but it's just as delicious as the real thing. Serve these samosas as a snack or even as a lunchbox meal. A nut-free recipe.
Course Appetizer
Cuisine Indian
Prep Time 45 minutes
Cook Time 45 minutes
Total Time 1 hour 30 minutes
Calories 60kcal
Author Vaishali · Holy Cow! Vegan Recipes

For the Samosa wrap:

For the Samosa filling: 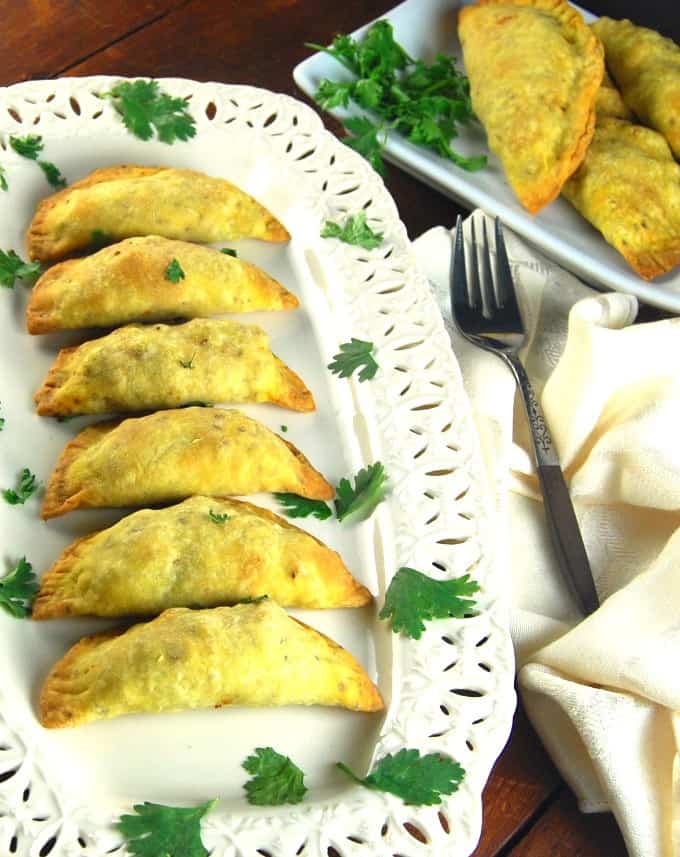