These vegan Sweet Potato Skins have a delicious Indian twist to them. They have in them a touch of garam masala, the warmth of ginger and garlic, and a luscious drizzle of cinnamon cashew cream that goes on at the very end. Perfect, if you've been looking for a side-dish to serve up this Thanksgiving that's traditional but not the same old same old. 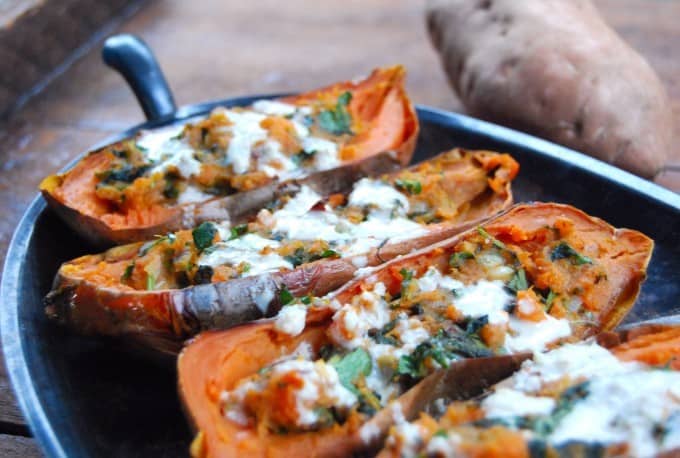 When I was growing up in India, sweet potatoes were among my favorite veggies. My mom would boil them to tenderness and we kids would peel off the skins and eat them as a treat. No need to add any garnishes or butter or what have you because the flavor of the sweet potatoes was great enough to satisfy even a child's picky tastebuds. 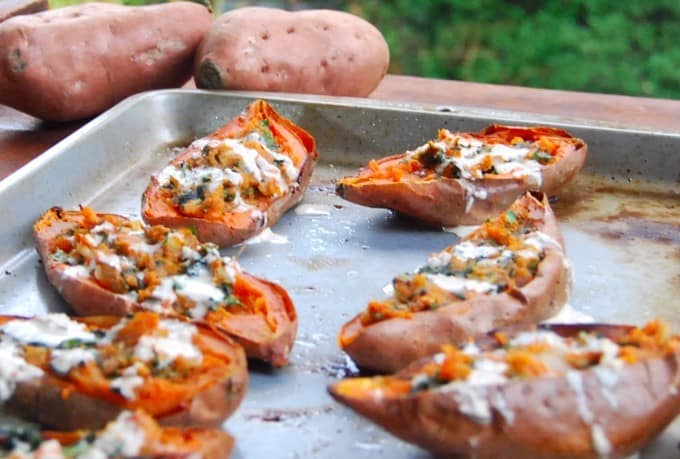 With these vegan Sweet Potato Skins too you will satisfy tastebuds old and young, vegan and omnivore. I find kale and sweet potatoes never fail in combination because their vivid flavors-- bitter and sweet-- complement each other. And both vegetables are nutritional powerhouses which means that you will not just be thrilling your family with a fabulous side dish, you will also be watching out for their health.

In case you haven't already, don't forget to check out Holy Cow's Vegan Pumpkin Bundt Cake in this post (scroll to the end) to get some ideas for your dinner this Thursday.  And if I don't see you again before the big day, I wish all of my readers here at Holy Cow! a wonderful Thanksgiving! 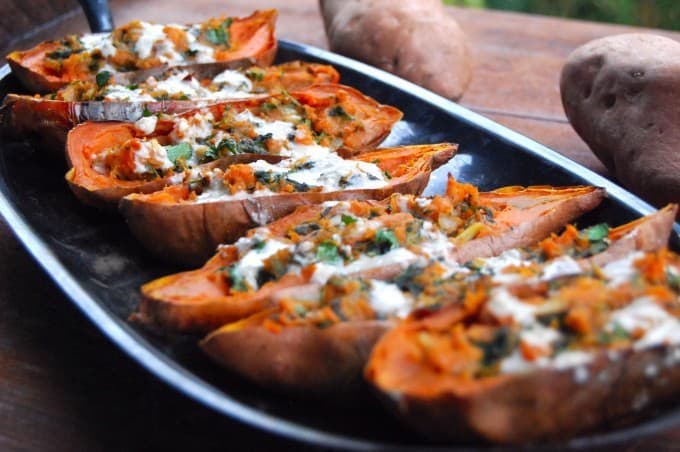 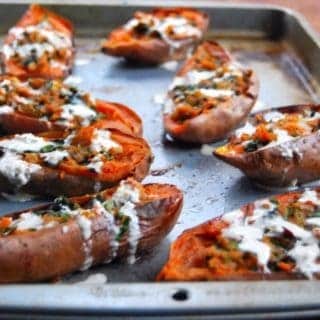 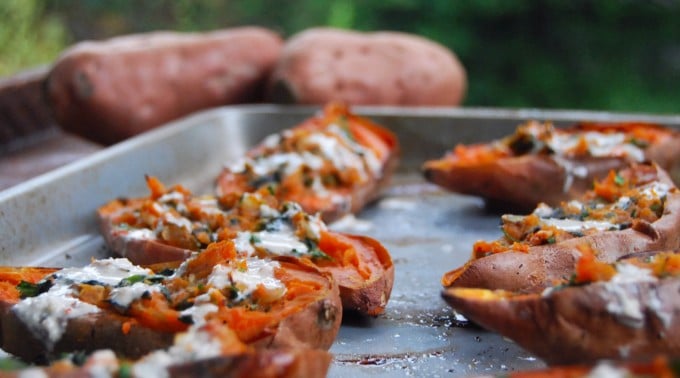 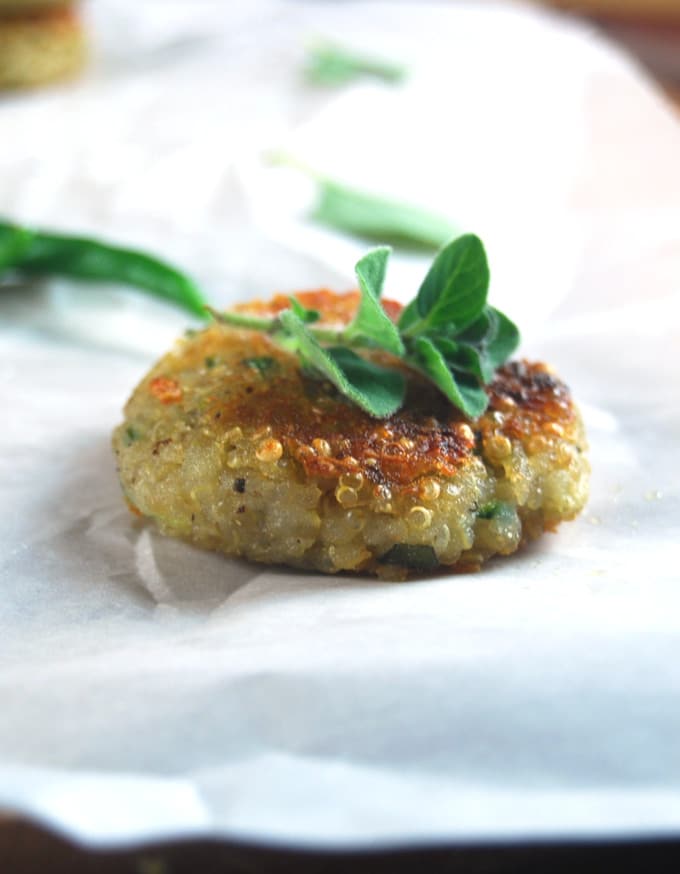 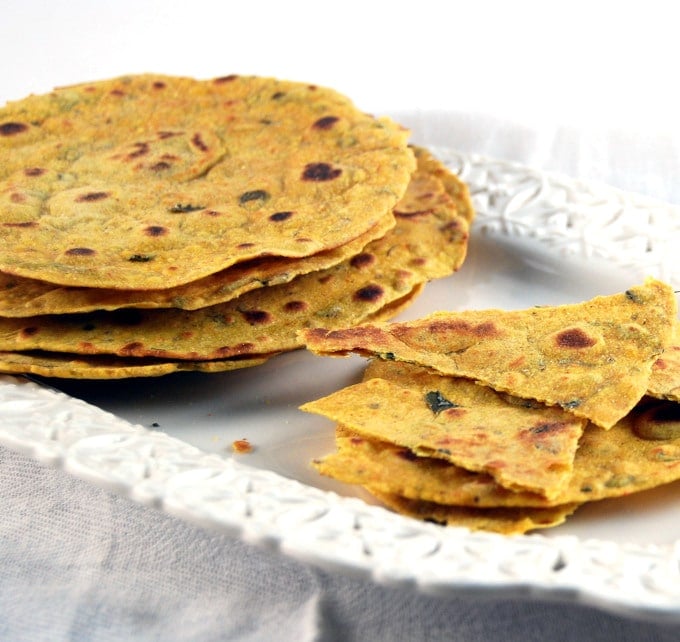 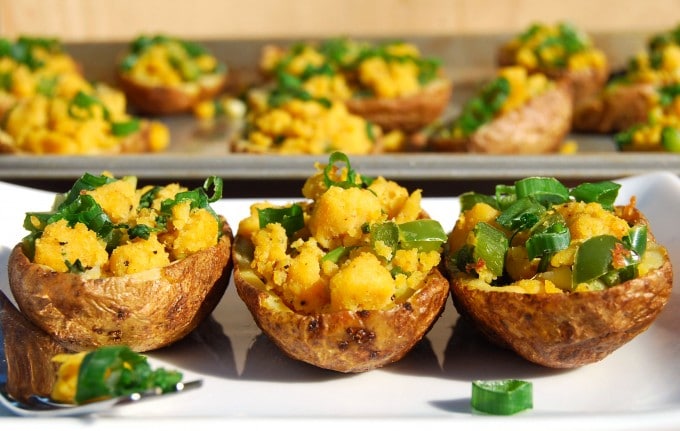