I don't think I can ever eat or cook something without rekindling a beloved memory. A fresh, pink-red pomegranate reminds me of my mum, who loved this fruit. One of the few clear memories I have of her (she died when I was seven) is of her sitting on a chair looking out to the street in front of our Bombay flat, my brother and I perched on either arm, eating juicy pomegranate seeds and looking out into a dribbling rain as we waited for my father to come home from work.

Slathering butter on a slice of wholegrain bread reminds me of the time Desi and I went scouring through Thane, a suburb of Bombay where we lived after marriage, for wholegrain bread. In the India of the 90s, people still ate sliced white bread bought from the corner store in wax-paper packets, like Modern and Wibs, and brown bread was strictly for the nuts. We finally did find the bread, right under our noses, at a new bakery not a block from our flat, but we'd have to preorder it because it wasn't much in demand and the person baking it, for understandable reasons, did not want to bake up a batch that no one would buy. It was so expensive that the storekeeper, perhaps afraid we would forget about it, would actually deliver it to our home the minute it landed.

Every time I cut up some mushrooms, which is often in my kitchen, I remember the first time I ate them. My father had just brought some wild mushrooms (very rare in India in my childhood) from a trip to Belgaum, a city in south India, and my stepmother cooked them up into a spicy, rich, and delectable mushroom curry. With that recipe, she made me, forever, a lover of this vegetable that so many people love to hate, a testament to the power of great cooking.

Now that I am a mother, I think about building memories with my child, and not surprisingly, it often lands right back at food. I am pretty sure these Garlicky Zucchini Quinoa Cakes will end up in Jay's "good memories" roster. The way he sees it, they are crunchy and crispy and they taste divine. The way I see it, they are healthy and vibrant with quinoa, zucchini, scallions, and potatoes. Together, we had a terrific time tucking into them.

These cakes are also garlicky and fragrant with oregano, an herb I love but don't use in my kitchen often enough. Part of the reason for that is I am an accomplished oregano killer.

Last year, I bought home an oregano seedling from the nursery, left it standing out in the harsh summer sun for too long without any water, and it dried up on me. At the Humane Society of the United States, where I work, a green-thumbed coworker brings in fresh vegetables and fruits and sells them for a small price to raise money for one of our animal protection programs. One day in late summer she brought in oregano seedlings. I happily put my donation in the jar and swore to its sweet little face that I wouldn't kill it. Never, ever, never, never, never. It was too late in the year to plant it outdoors, so I put it in a pot, left it on a window sill, watered it religiously for a few days, and when winter came, I forgot all about it. A couple of weeks later, it was bye, bye sweet oregano plant.

But I'm not giving up. I do have another oregano in the yard this year, and I am not going to let it die. Especially now that I have this wonderful recipe to put it into.

As precious as the oregano is, you can try this recipe with another herb, like parsley or thyme or rosemary or even basil. Each would add a little something extra and make another great memory.

Do you have a food memory to share? I wanna hear it. Tell me what food kicks up the most memories for you, and why. 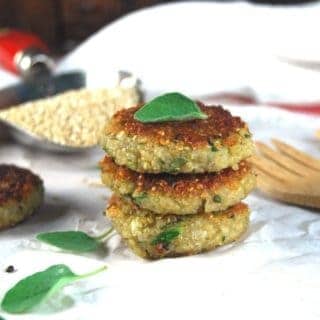