These Corn Pakora Fritters are amazing: they are crispy, crunchy, delicious and healthy, and they are completely free of any added oils. A vegan, soy-free, nut-free and gluten-free recipe. 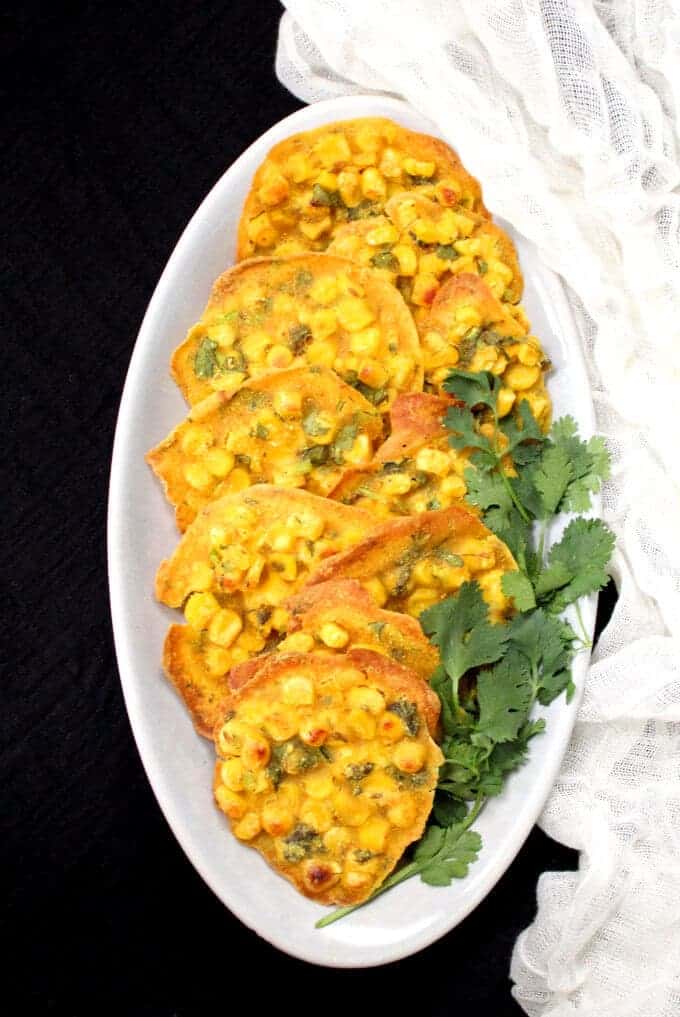 In case you've noticed, I've been doing the oil-free thing more often in my recipes -- more often than usual, that is, because I've racked up quite a few no-oil recipes in the archives over the years. One of our family favorites is my recipe for these vegan Corn Fritters, which are crispy, savory and delicious and can be made with little to no oil. These Corn Pakora Fritters, made the Indian way, are a new favorite. 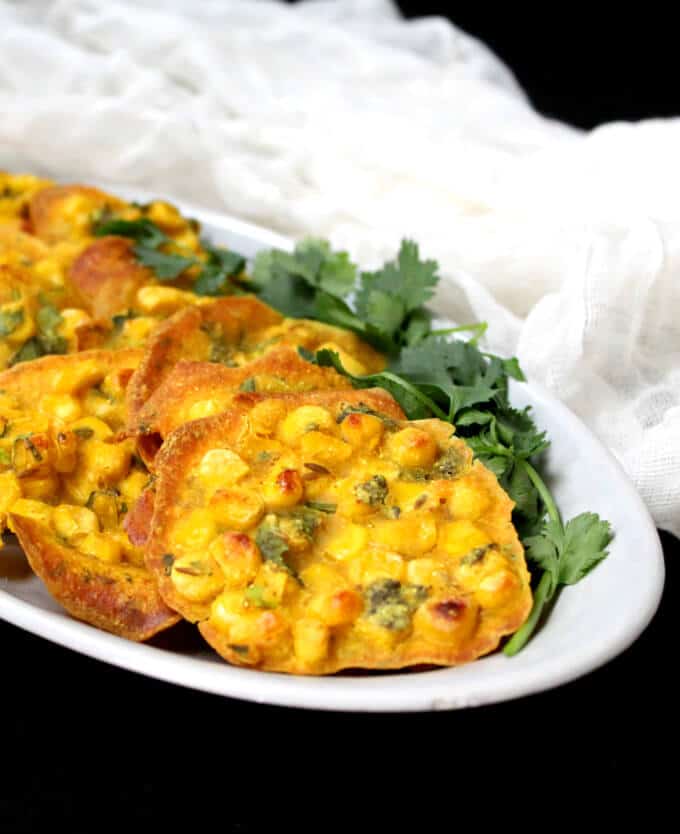 If you know what a pakora is, you know that although this Indian recipe starts out with a base of healthy chickpea flour mixed with veggies and spices, all of that healthfulness is ultimately drowned in a pot of hot oil. While I am all for a deep-fried pakora occasionally, because there's hardly any food that can match such deliciousness, I prefer, for everyday eats, to simply bake my pakoras. In the past, I've shared some baked pakora recipes with you, like my yummy, crunchy Vegetable Pakora and my  Asparagus Pakoras.

This baked corn pakora fritter is as good as the real thing -- no, better, because it is good for you. They turn golden and crispy at the edges, and if you use sweet corn, the spicy batter complements the sweetness of the corn very nicely. If you don't want to bake them, you can make them in a pan too.

If you want a more traditional pakora shape, use an abelskiver pan to cook the corn pakora fritter in very little or no oil.

Serve these pakoras hot with a glass of vegan cutting chai. 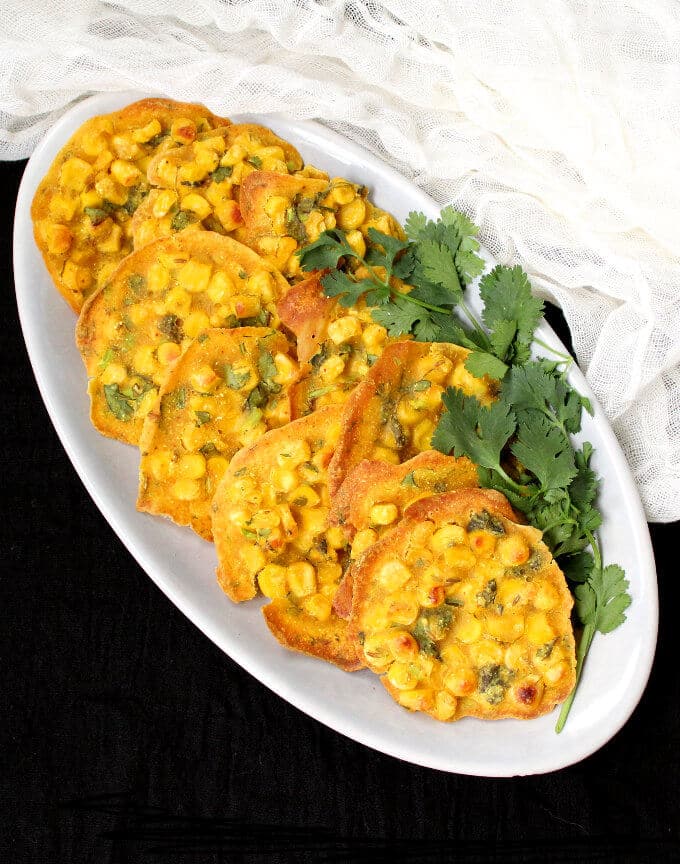 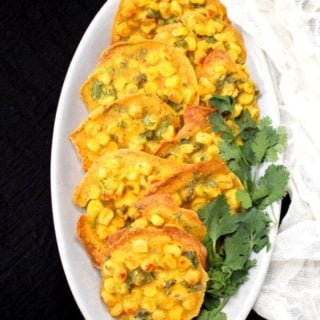 I was a little slow posting new recipes last week because we took a trip to Panama City, Panama. Panama is home to the Panama Canal, of course, undeniably an incredibly engineering feat, and it was thrilling to watch the canal's locks lift and lower massive ships, bearing thousands of pounds of cargo, on their way between the Atlantic and Pacific oceans. But the canal has also been controversial, with its history of thousands of lives lost during construction and tens of thousands of people evacuated from their homes. Then there is the environmental impact of cutting through rainforests to create this modern scientific marvel.

We took a boat ride on the picturesque Gatun lake, an artificial lake created for the canal and skirted by rainforests. Jay was incredibly excited as our tiny boat, operated by a local, raced past massive freighters passing through the canal. The rainforests are home to a variety of wildlife, and many kinds of monkeys scampered to the boat to meet us, expecting food because they are used to tourists feeding them.

The locals are warm and welcoming, so much so that one day, as we sought directions back to our hotel, a friendly policewoman gave us a ride in her cruiser to the Metro (a huge thrill for Jay!).

Some parts of the city reminded me of my most favorite city on earth, Bombay, with its stark contrasts of poverty and burgeoning development. It was a bit of a challenge finding vegan food because although I'd done my research and had a list of veg-friendly restaurants, our daily plans didn't leave us with time to seek them out. But we managed nicely, making meals with sides like beans, rice, and veggies, including plantains which are eaten quite a bit here and are, of course, delicious.

Visiting the lovely Pelican Island in the midst of a torrential downpour, dying of hunger, we ended up at a seafood restaurant, but the cook -- with some translation from our helpful driver Ricardo -- put together a really delicious vegan paella for us.

We also found a number of Indian restaurants, always a good option for vegan food, near our hotel in downtown Panama City. The city has a significant population of Indians and we were pleasantly surprised to come upon a statue of Gandhi near the 5 de Mayo metro.