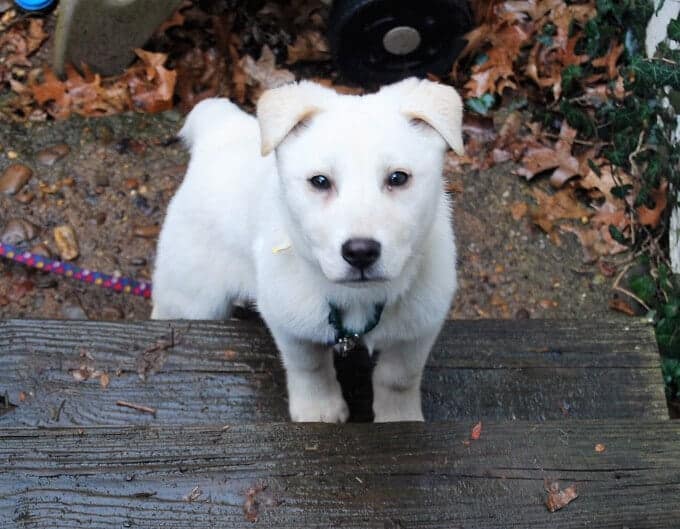 I have exciting news today about the newest addition to our family: Leo.

Leo is the most adorable pup you'll ever see, with soft black eyes, a serious gaze, and the softest fur that I want to cuddle all day. He is skinny, with ribs that show through his fur and feel hard against my palms. He loves food, like all dogs do, and wolfs down his meals in seconds. After treading metal bars for the first four months of his life, he loves how the spiky, wintry grass in our backyard feels under his feet. And although he never knew any human kindness before he was rescued and put on a plane to the United States just days ago, he is already beginning to kiss our faces and wag his tail for us. He is figuring out he's safe and at home, far, far away from the hell that he once lived in.

Leo is a former meat dog from South Korea. As gruesome as that sounds to our ears, dogs are eaten in parts of the world, including China, Korea, Vietnam, and even parts of India. In moral terms, it's probably no different than eating a pig or a cow or a chicken. But to those of us who share our lives with these friendly, almost-human-without-the-bad-parts creatures, the practice seems incomprehensible. 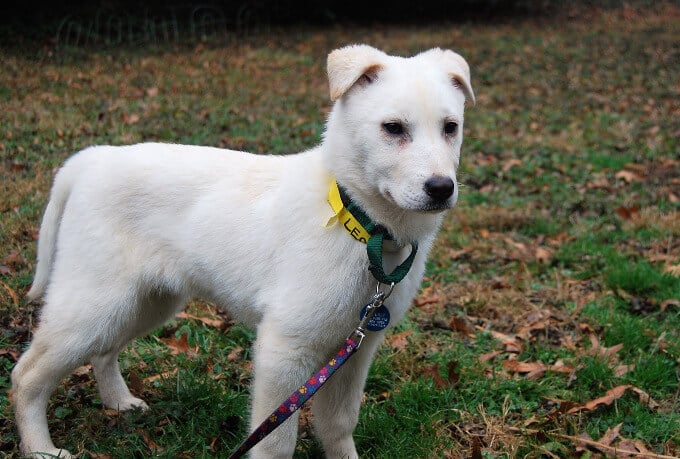 In South Korea, there are thousands of dog meat farms with hundreds of thousands of dogs awaiting a death sentence. The dogs belong to a variety of breeds: golden retrievers, terriers, Jindos, spaniels, beagles, and Pyrenees, among many others. Despite the tribulations they endure, their spirits are eager to heal: rescuers often recount how they are greeted with excited barks and wags when they visit the farms.

For four long months after he was born, Leo lived in a cold, bleak cage with his mom, Juliet, and dozens of other dogs. This is a relentless, cruel life, before that final, horrifying end. Through heat and freezing cold, the animals are cooped up in their wire cages, with metal wire underfoot instead of solid flooring, cutting into and hurting the dogs' sensitive paws and bodies. There is no blanket or any cover to shield them from the weather. There are no walks, no frolicking around in the sun, not enough food, and never a human touch of the kindness and companionship that we know dogs crave. When the end comes, it's a horrible one: the dogs are usually bludgeoned or beaten to death before being skinned and cooked.


Leo's fortune -- and the fortunes of 200 other dogs -- changed dramatically for the better recently when my colleagues at Humane Society International closed down the meat farm they were living in. HSI has been doing a wonderful job of raising awareness in South Korea about meat dogs as companion animals, and in transitioning farmers who raise dogs for meat to humane livelihoods. Because not all of the dogs find homes locally, due to a local misconception that meat dogs are somehow different from companion dogs, HSI has flown hundreds of the dogs into the United States, Canada, and the United Kingdom where they have been placed for adoption. During his rescue, Leo became a bit of a celebrity and an ambassador for his fellow dogs suffering on meat farms. He was featured in many HSI videos and Facebook livestreams of the rescue and the subsequent transport of the dogs. 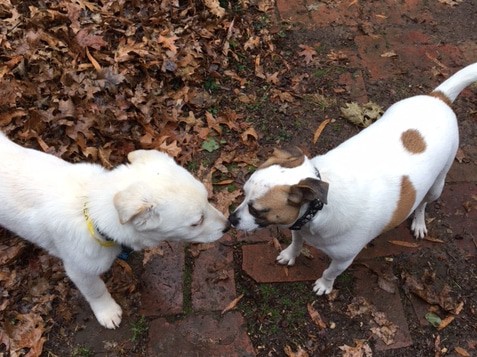 Over the past weekend, Desi, Jay and I drove down to the Virginia Beach SPCA, one of the shelters that are placing the dogs for adoption, to bring Leo home. He cowered in the back of his crate, reluctant to let anyone pick him. On the long drive home, our stop at a rest area turned into a near disaster as Leo tried frantically to pull his head out of the leash I was trying to walk him on. Here was another set of humans trying to manipulate his life. But dogs are nothing if not resilient and adaptable: after spending just a single night with us, he greeted us with a happy tail wag the next morning. In the last couple of days he's been here, he has been warming up to us, and allows us to pet him, scratch his ears, and stroke his fur now. We still need to crate Leo in the house because he's being potty trained, but instead of cowering in the back of the crate as he once did, he now walks out confidently and happily, eager to go into the backyard and play tag with his new best friend, Lily. In fact, one of the best things about adopting Leo has been that Lily and he are getting along like a house on fire. Maybe he thinks she's his new mom, because he follows her around like a, well, puppy dog. 🙂

With Lily, Billy, and now Leo, our house, so empty after Opie passed away last year, is full once again. 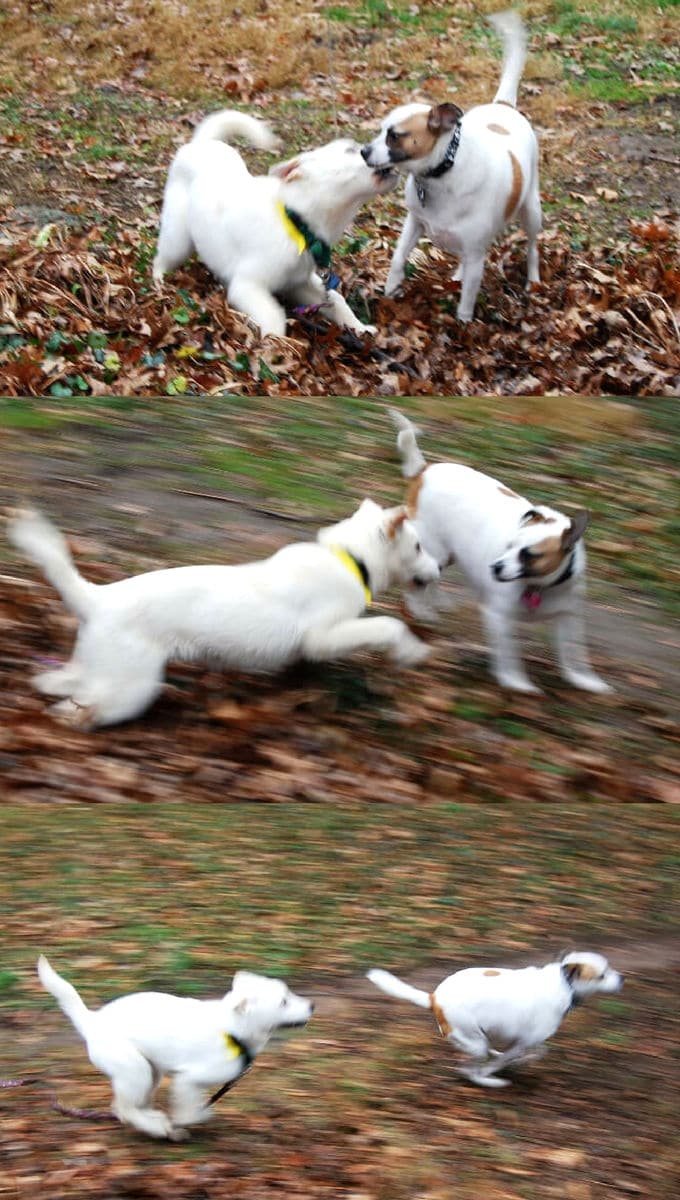