You are here: Home | All Recipes | Sweet Potato Quiche 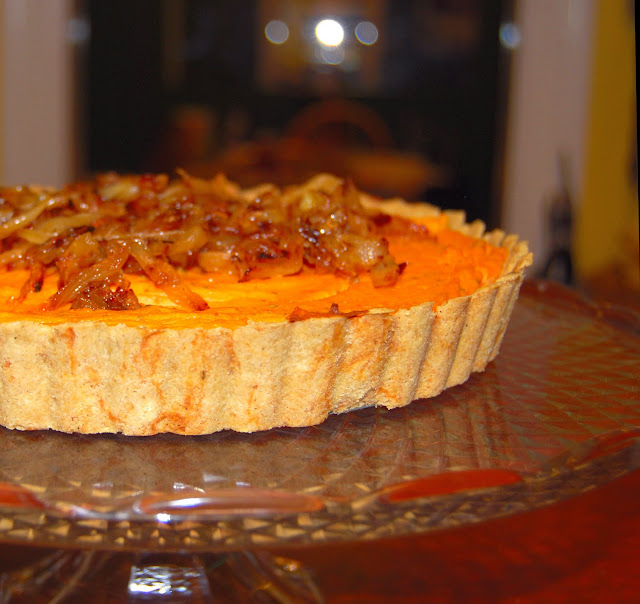 Spring is time to go yard-saleing. It's one of the reasons I most look forward to this time of year.

Much as I hate going to shops, I admit there's a gorgeously vicarious joy in going into other people's homes and rummaging through their stuff -- even if it's stuff they've decided they don't want anymore-- and finding treasures I can put to good use.

My home's filled with all kinds of finds-- some of it is quirky, like an antique valet chair picked up by Desi who has an eye for the unusual. Some of it is elegant, like a beautiful, weathered wooden desk that we picked up at the home of a former journalist in the neighborhood who had just passed away. Some of it is just really useful, like a comfortable couch that we got for nothing. Turns out the owners, who were moving, were cat lovers and when they found out we were too, it clinched the deal. It now sits in the den and Pubm pretty much dominates it, soaking up the sun filtering in from the window, so I assume she somehow found out she was the reason we got that couch. 🙂 Smart, those cats.

Desi also loves picking up old records at yard sales-- and I find it hard to pass up any good baking tools and pans that I can find.

Of course, yard sales can also be too much temptation to pick up stuff you'll find -- too late-- you didn't need after all. The only comfort is, you usually got it cheap enough not to regret it too much. 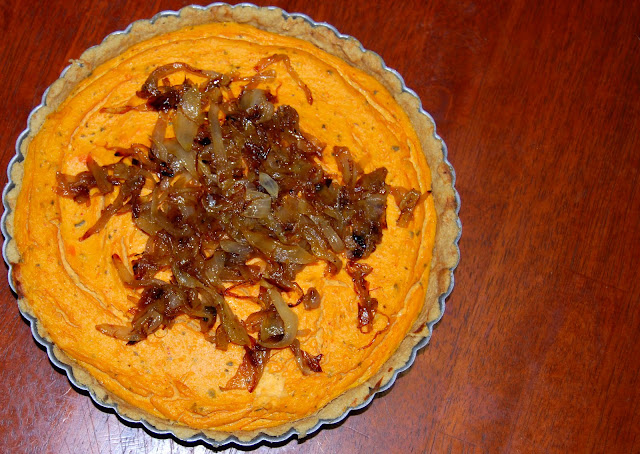 I am going to share today my recipe for Savory Sweet Potato Quiche, which is almost like having dessert for lunch. Or dinner.

The rosemary and sage in my herb garden have already perked up in the warming weather, and I put their punchy, savory deliciousness to work alongside the creamy-sweet flavors of my quiche.

I made my  quiche crust with whole-wheat pastry flour and oat flour. I also added a couple of tablespoons of vegan cream cheese, which is in the filling, to the crust, because I heard or read somewhere that cream cheese helps make a tender crust.

I should've known better. The crust was exceedingly tender -- too tender, in fact-- and I ended up having to pat it in the pan. It was also rather crumbly when it came out, but delicious. If you want a sturdier crust, I'd advise going with the one I used in this recipe, minus the sugar. You can halve the fat in that recipe and use olive oil instead of butter or shortening. Or you could also always make this quiche crustless.

I topped the quiche with some slow-caramelized onions which added a little more sweetness to the dish and very nicely complimented the savory flavors of the herbs.

Here's the recipe now. I am sending it to It's A Vegan World: French, the latest edition of a series started right here on Holy Cow! and hosted this month by Graziana of Erbe in Cucina. 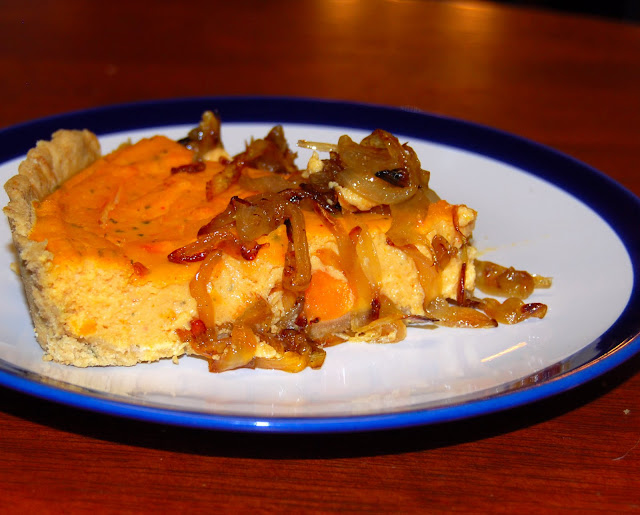 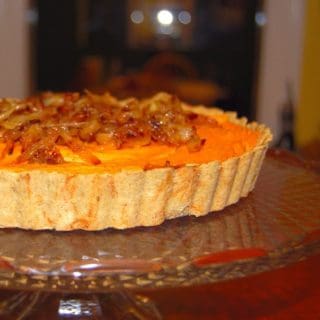