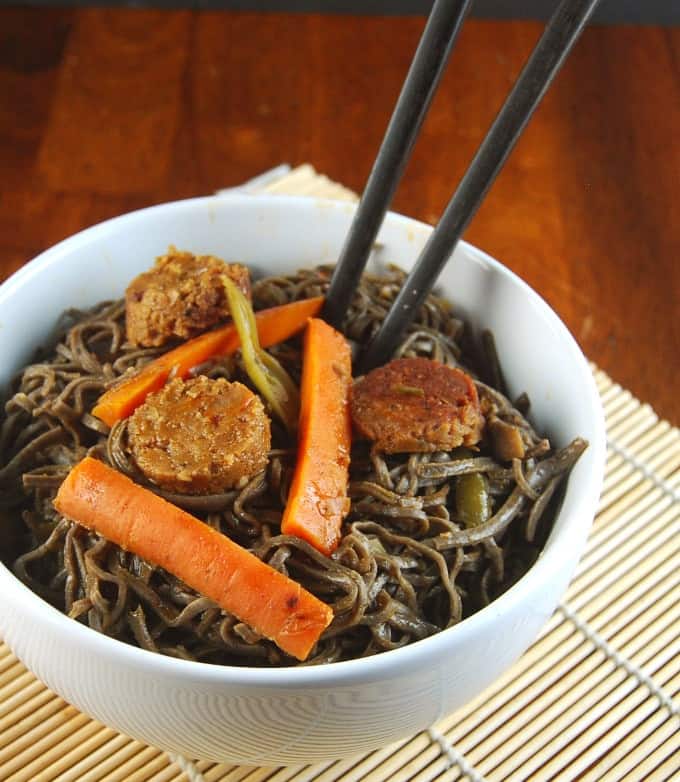 Hey, you, so what did you do this past weekend?

I struck a Billy Joel concert off my bucket list when the legendary musician performed at the Nationals Park here in DC on Saturday. I can't remember how long I've been in love with Billy Joel's music -- it probably started when I watched Uptown Girl at the 1984 Grammys as a little girl, on a black-and-white television screen in my parents' living room. I've waited forever to see him perform live, and it was worth every minute.

Desi and I went for long walks with Opie who actually wanted to walk, for a change, because it was quite beautiful here over the weekend and nothing like the average sticky, humid Washington summer day. Opie's walks, we joke, are usually "sits" because he walks 10 steps, sits down for a few minutes to look around, stands up, considers which direction to walk in, and then takes another 10 steps before sitting down again. On and on this goes for another hour. But this past weekend, he was raring to go and even tried to chase a squirrel, something he hasn't done in a long time. Way to go!

And finally, I made these amazing Stir-Fried Black Bean Noodles in Orange Sauce.

I found a box of black bean spaghetti at the store the other day. It is gluten-free and the ingredient list said, quite simply, black beans and water. And, of course, being bean-based, it is high in protein and fiber. I was sold.

The first recipe I tried are these Stir-Fry Black Bean Noodles. I was really in the mood for some Chinese and although the takeout near my home now offers delicious vegan options with seitan "chicken" and other faux meats, I wanted something cleaner and homemade. 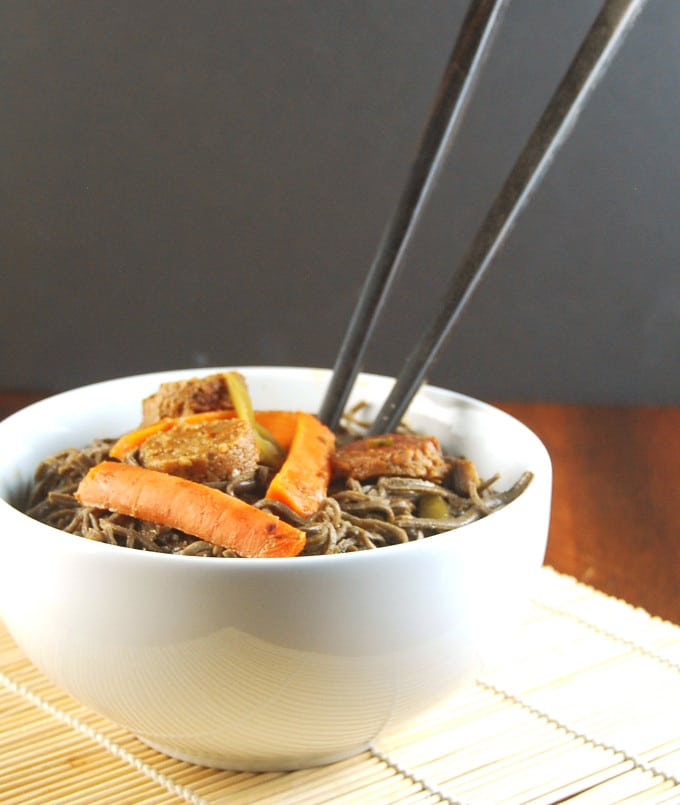 So stir-fry it was, because I can't think of another dish that's faster and easier to make. So long as you have the right seasonings, you can get a great-tasting dish for very little effort. And who doesn't love a healthy timesaver?

The black bean noodles are amazing. They taste different from your average wheat noodles and spaghetti, which is to be expected, but it is good different. And they have a slightly chewier texture which is actually perfect for stir-fry.

As always, when making a stir-fry, keep some ground rules in mind. Use a wok, if you have one, or a large saucepan with sloping sides. Set your wok on the highest heat you have available in your kitchen so the veggies cook fast but retain that wonderful bite. I actually used just a teaspoon of oil for about eight servings and the downside was that cleaning up the wok afterwards required some muscle power. But the dish itself was so good that no one missed the oil. 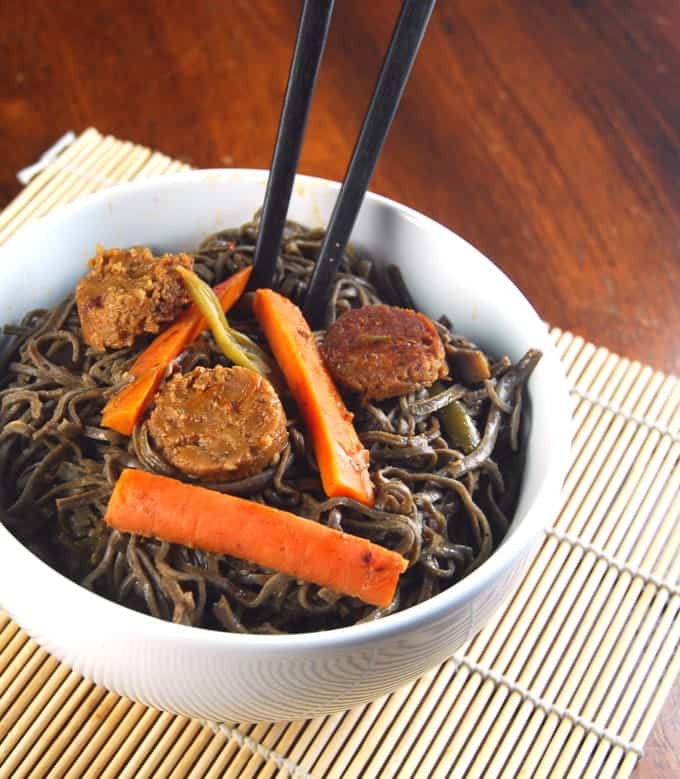 Because this was our whole meal, I added to the black bean spaghetti some vegan sausage that had been sitting in the refrigerator. I don't often use faux meats, but they do add a good hit of protein when you want it. Keep in mind that most vegan sausages are wheat-based so if you used them, your final recipe would not be gluten-free. If you want a gluten-free meal, just leave out the sausage.

Enjoy the recipe, all! 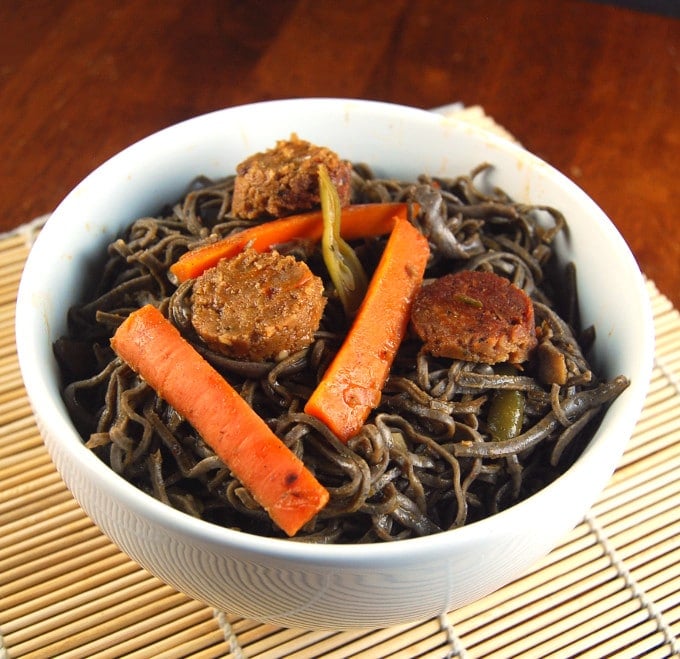 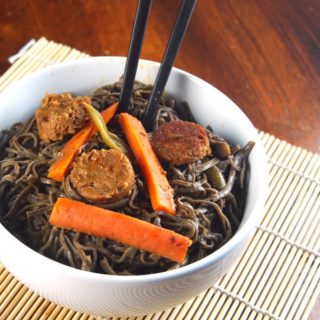