These mini turmeric chickpea crust pizzas loaded with spinach pesto, tomatoes, and avocado, are the perfect way to get a ton of veggies into your -- or your family's -- tummy, with no complaints. The crust is gluten-free and delicious. 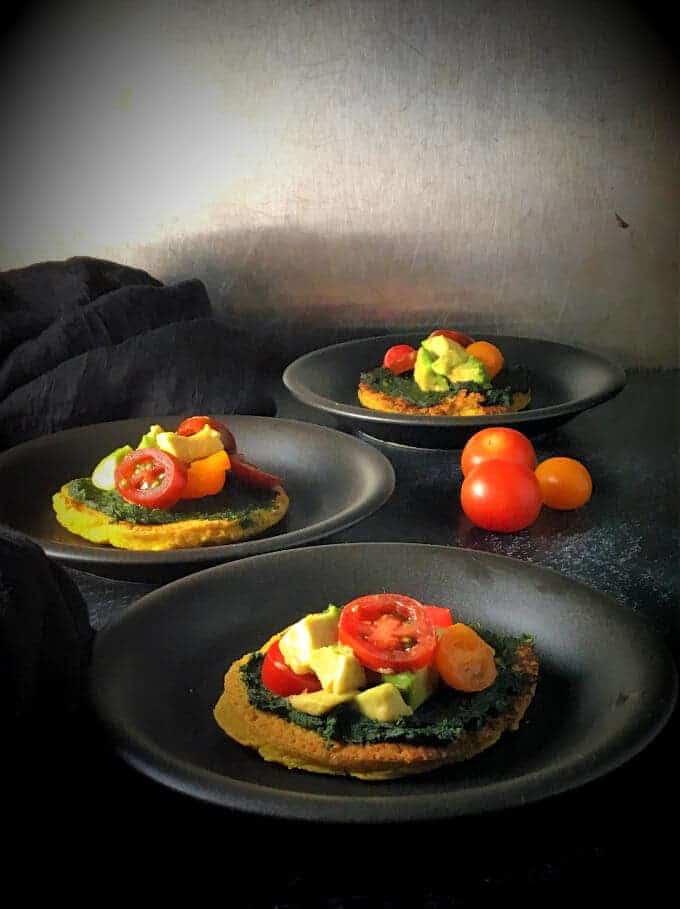 I like making these mini pizzas for dinner sometimes and it's almost hard to believe how much nutrition you can pack into these small, delicious bites. Best of all, they go down extremely well with my little one. 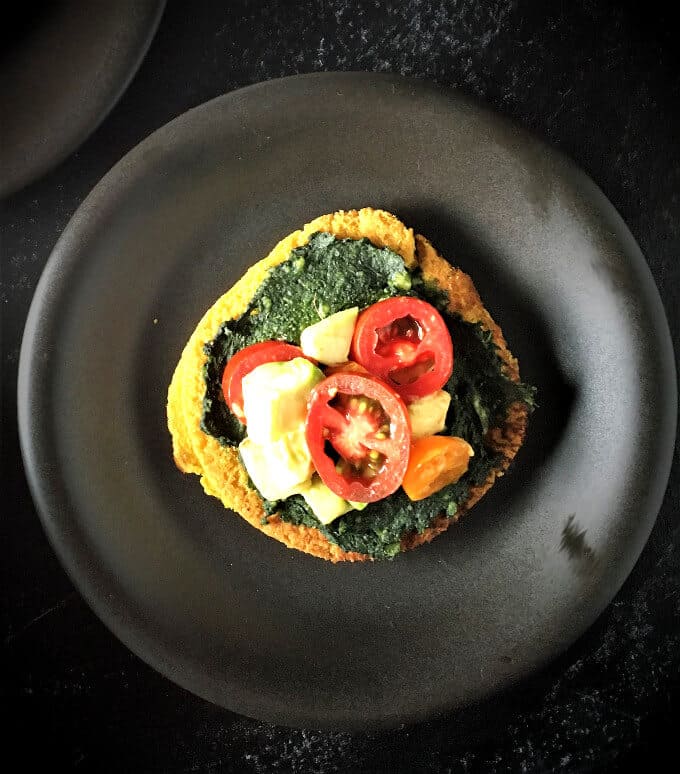 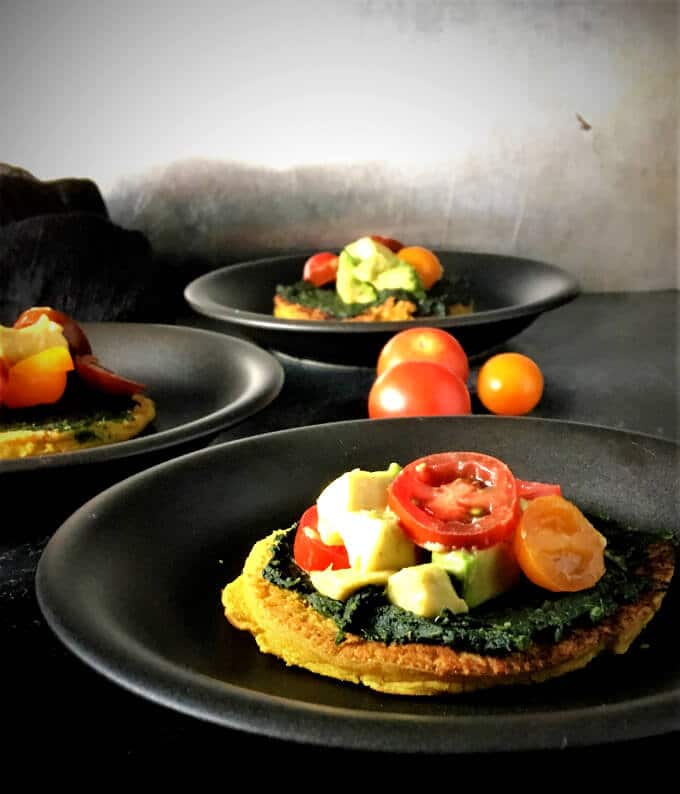 The crust is made with chickpeas and tasty spices and herbs. The texture is more like a crispy pancake rather than a typical pizza crust, but it's so good, you won't be able to stop eating. Garlic and oregano add a dash of sass and some red pepper flakes add spice.

You cook the crust twice-- first, like a pancake, on the griddle, and then you pop it under the broiler for some extra crispiness and firmness.

For the pancake/pizza crust, I used whole canned chickpeas and blended them up with some aquafaba. On top I piled on a fresh, green spinach pesto, along with some cherry tomatoes and avocados.

We finally got some snow here, and I am off now to help Desi and Jay rake it up. It's more like snow mixed with icky icy rain. Leo got his first taste of the snow, and I think he made a brave attempt to like it, although the icy sleet was a bit much. Lily, who has very little fur, refused to go into the backyard and we finally managed to get her out in the front to get her business done. Billy has been sitting at the window looking rather mad and making strange sounds, probably wishing this icy weather away so he can resume his attempts to escape each time someone opens the back door. 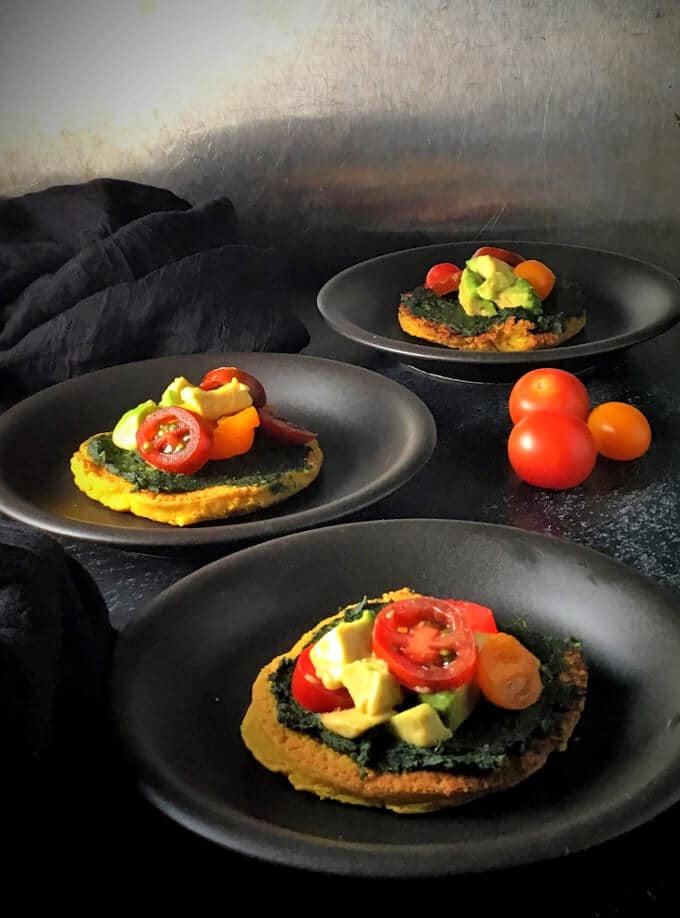 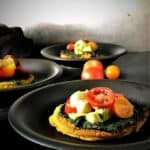 For the chickpea crust:

For the spinach pesto: