My vegan Cherry Pie is golden and delicious and it's lower in fat than a traditional pie, which means you can have twice as much. 🙂 A soy-free, nut-free recipe. 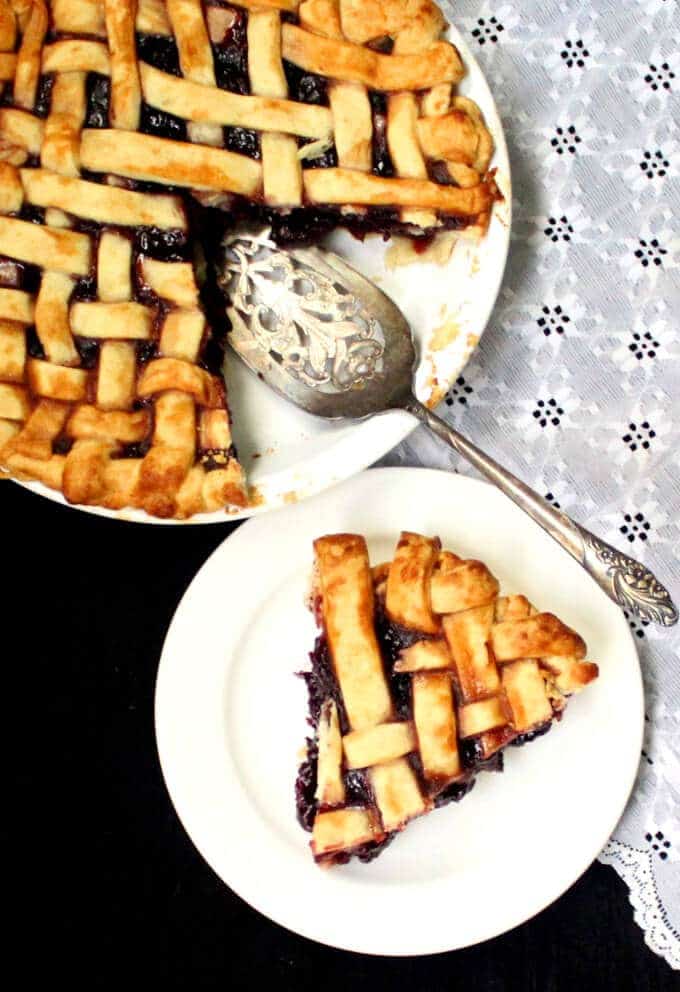 Because sometimes you just gotta have pie, I have for you today this scrumptious vegan Cherry Pie.

I live in a pie loving household (who doesn't?), and any kind of fruit baked into a crust is always welcome around here. Over the years I've shared with you my recipes for a vegan apple skillet pie, a vegan ginger apple crostata, vegan strawberry pie,  vegan mango pie, vegan pot pie, vegan Irish hand pies, and I honestly can't remember how many more delicious sweet and savory pies, but you can be sure there are many, many more. 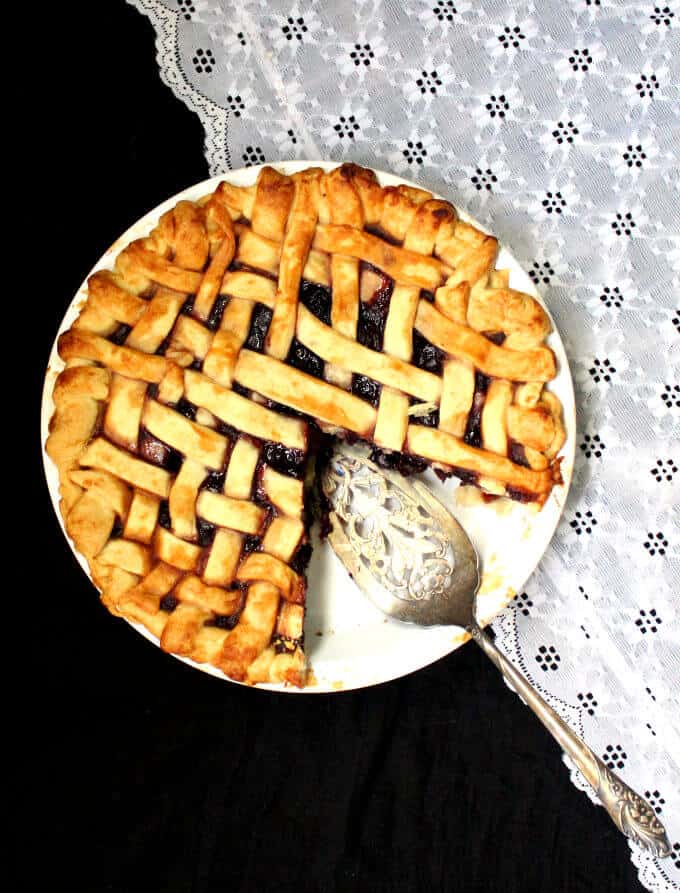 But a cherry pie? Now that took a while because I love cherries and I normally wouldn't share them with someone -- or something -- else, like a pie, but this pie is so, so good, I just had to.

Besides, I get to eat it, don't I, golden crust and all? 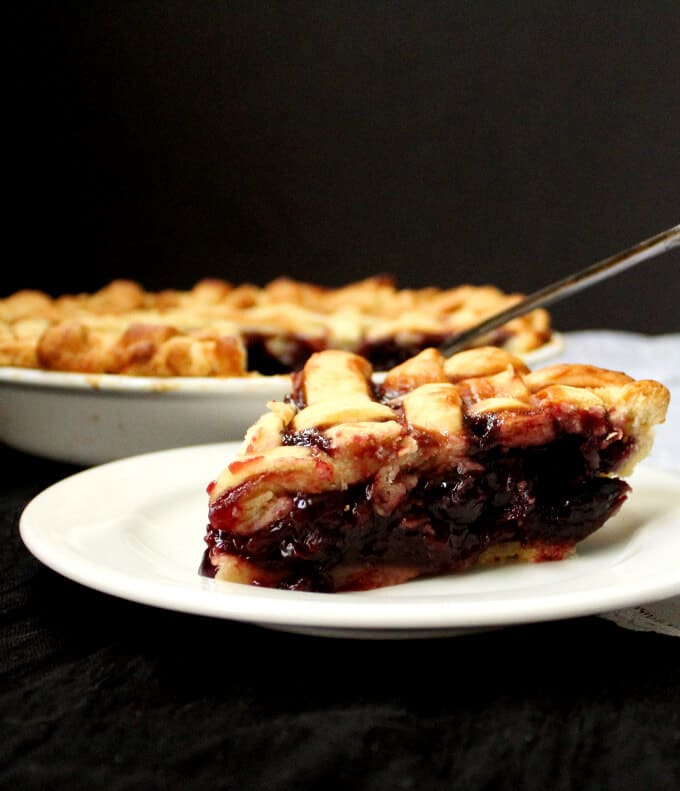 Fall is the perfect time to bake a pie, and as close as we are to my most favorite season of the year, this seemed like the perfect time to share a vegan Cherry Pie with all of you. This recipe is perfectly straightforward and easy. I used frozen cherries which makes the whole process much easier, because who wants to pit five cups of cherries? Not me, for sure. Besides, it really doesn't matter if you're using fresh or frozen in this recipe because the fruit bakes up into gooey, jammy goodness within the layers of golden, flaky crust.

Contrary to the visions baking pie conjures up -- of domestic goddesses (or gods?) taking hours to bake up the perfect recipe -- pie making is rather an easy process. I love bread making, but pie making does not present you with conundrums somewhat beyond your control, like, will my dough rise, or will my crust be too hard, or will my crumb be too dense. Which is not to say that you don't have to be precise in your measurements while baking pie (because you do), or in your technique with your pie crust if you want it to be flaky and not too hard or mushy. But compared to baking breads, pie making is, well, easy as pie.

Here's the recipe, then, for a delicious, golden Vegan Cherry Pie. Eat it, and come back for more. 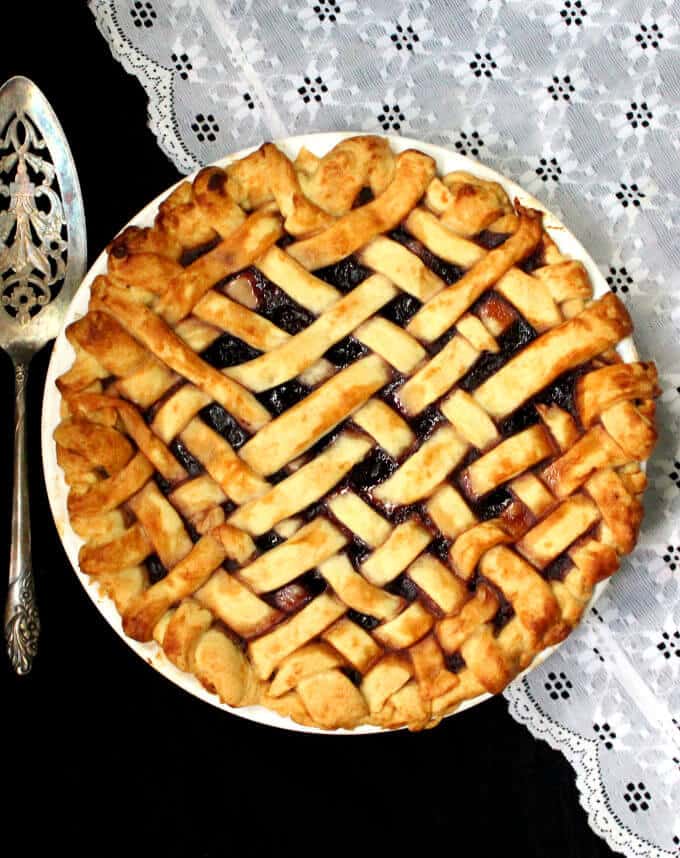 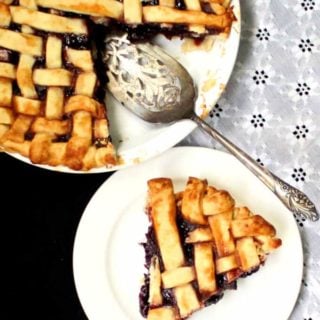 For the pie filling: