My three-ingredient Watermelon Lemonade Popsicles are completely natural and have very little added sugar, but they are the most refreshing -- and delicious -- way you can imagine to beat the heat. Vegan, gluten-free, soy-free, nut-free. 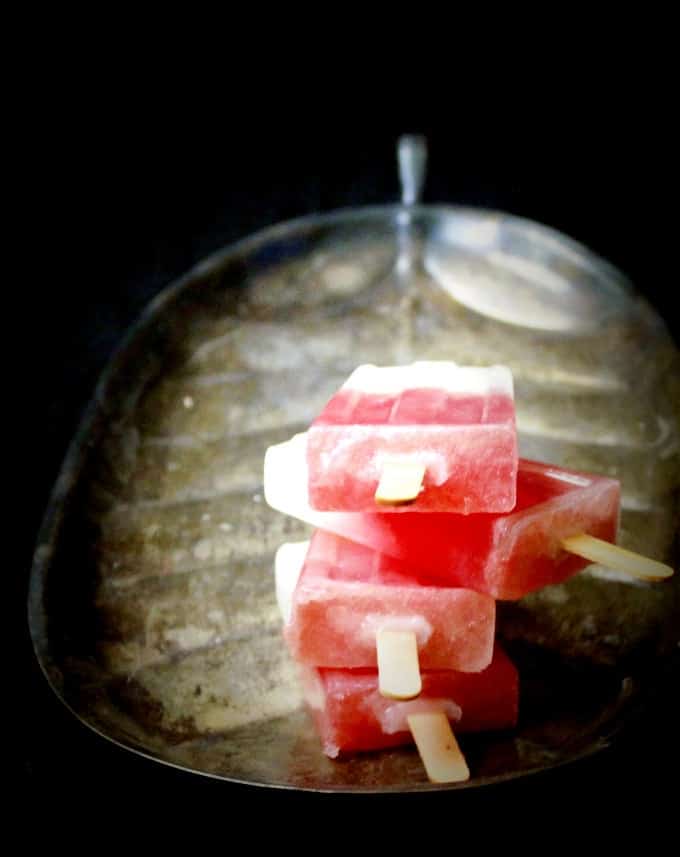 The other night, we went out for a walk at midnight, with Lily and Leo. It was a clear, still night with a beautiful sky overhead. Orion was out with his dogs too, keeping us silent, celestial company, and there was not a sound, not even from the street nearby where the city buses sometimes rumble noisily along in the night. It was all rather beautiful. Except. 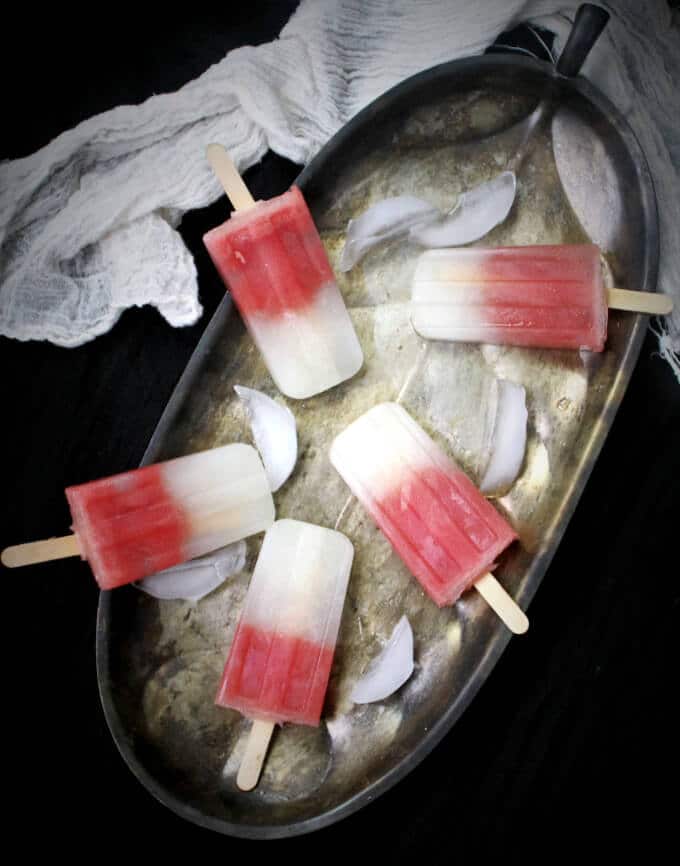 I was busy waving off the gnats and wiping the drops of perspiration beading my forehead. Lily and Leo had their tongues hanging out all the way to the ground. It was not yet May, but the heat was stifling, oppressive even.

All along I could not stop thinking about this: Watermelon. Lemonade. Popsicles.

I had just made a stash of them for Jay, but they were calling out to me in that desperate moment. And can you blame me? 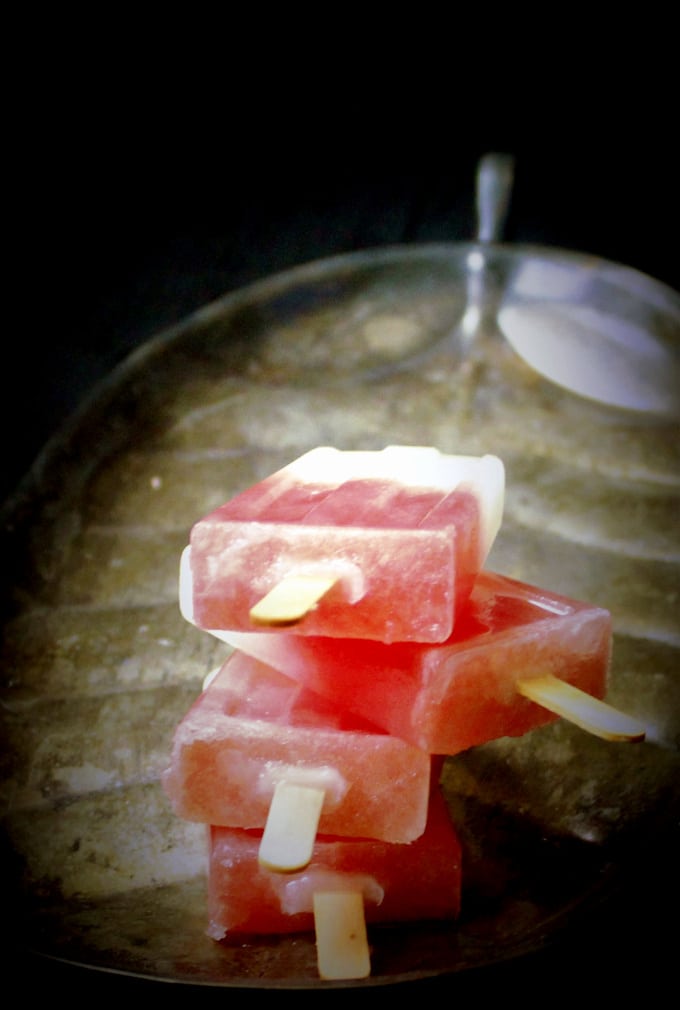 I created these Watermelon Lemonade Popsicles to shut him up.

But seriously, these are a delicious weapon to fight the blistering heat that's been visiting us on and off this Spring in the D.C. area. Already we been through a couple of 90-plus degree days and today, after a bout of crazy-rain -- rain that pours down in sheets all night and all morning, and leaves puddles in the backyard and floods in the street -- we are heating up again.

People would ask me, after we first moved to D.C. which can get rather cold in winter, if I missed the sunshine and heat of Bombay. I'd tell them that at least in the summer, I couldn't tell the two cities apart. 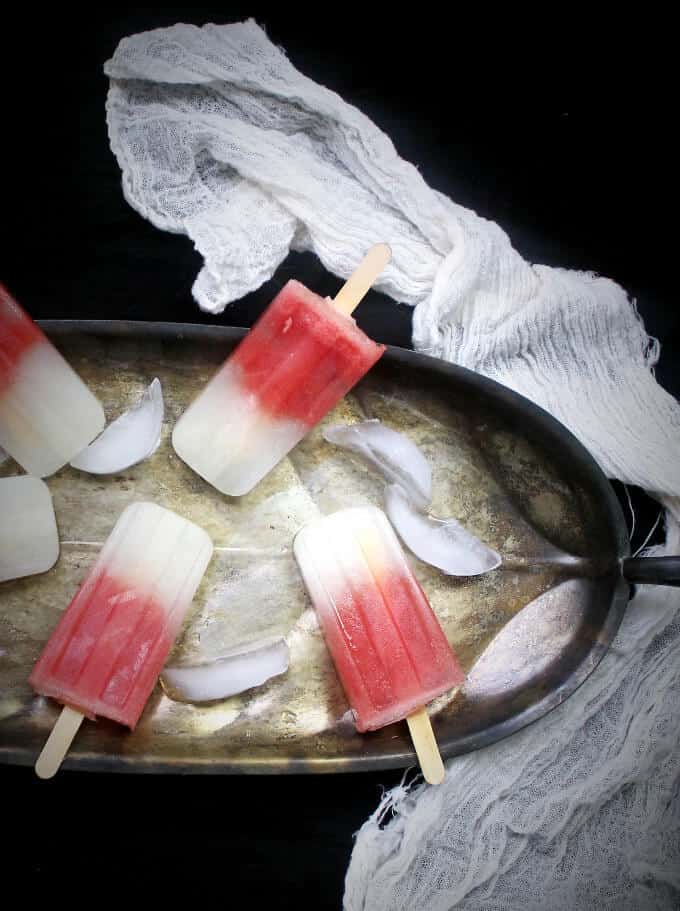 But even on the most unbearable of days, there are so many reasons to be thankful for spring and summer. And one of the top reasons, for me, is the availability of fresh, seasonal fruits and vegetables and the ability to eat so many delicious things. And you want them to be easy to make, so you can enjoy as much time out of the kitchen as possible and out having fun. Like these Watermelon Lemonade Popsicles. 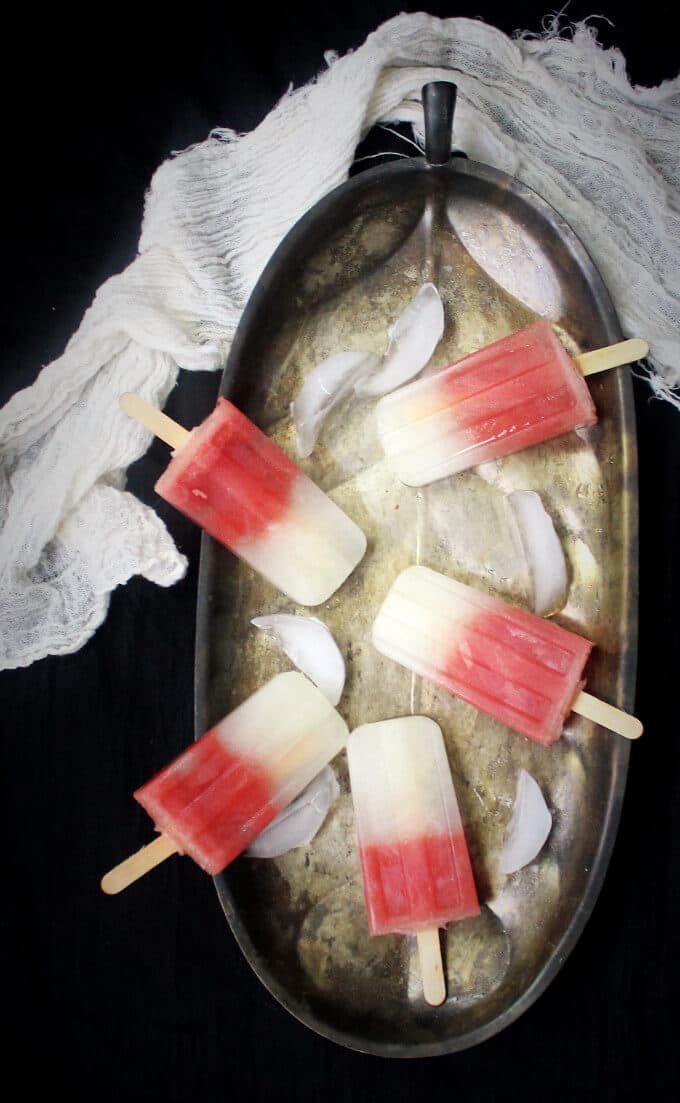 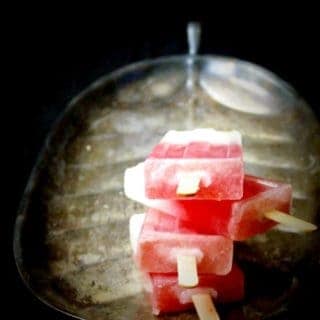 Tried this recipe?I'd love to see! Leave a comment and rating below or tag me on Instagram @holycowvegan. Be sure to hashtag it #holycowvegan.
« Savory cornmeal muffins with fresh corn
Dal (Lentils) with Collard Greens »
232 shares