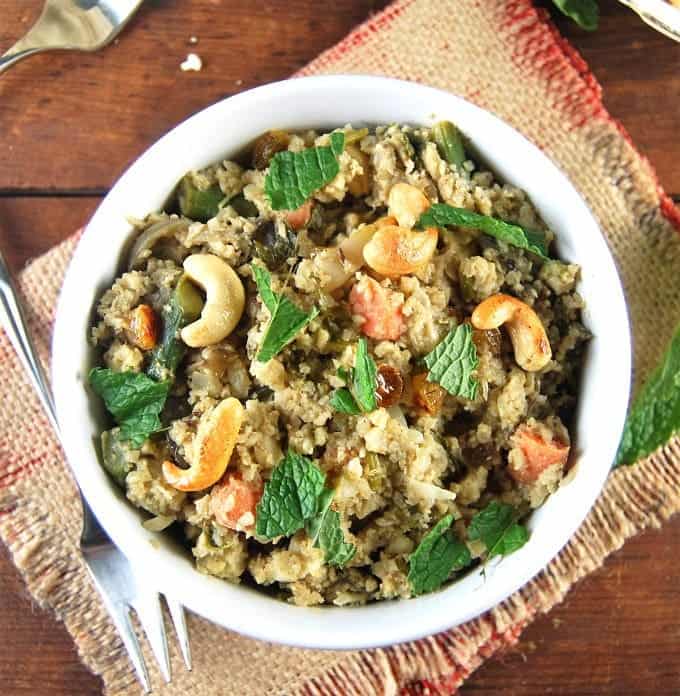 Spring has sprung but around here it still feels like winter. And there still are vast quantities of cauliflower in the market, although the spring veggies, like asparagus, are elbowing their way in.

You know how everyone is doing just about everything you can imagine with cauliflower -- culinarily -- and for a while now I have been seeing cauliflower "rice" pop up just about everywhere. It's a great idea, isn't it? Substitute grated or shredded cauliflower for rice in just about any recipe, and you've got a grain-free, low-carb substitute for rice that's even healthier than the actual grain because it has more fiber, more Vitamin C, more everything. 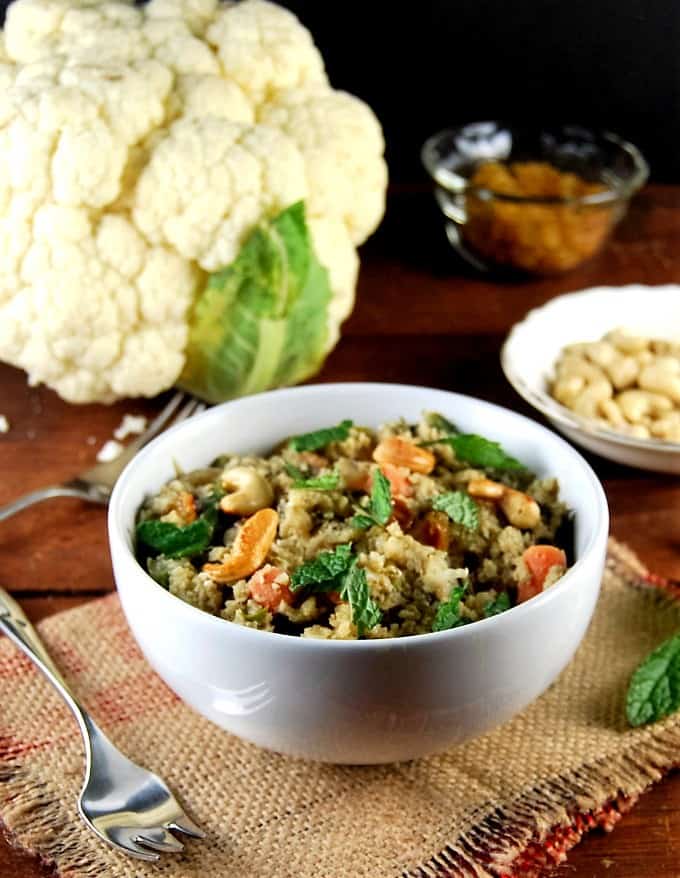 I wanted to try out some cauliflower rice on my rice obsessed family and toyed around with the idea of a Cauliflower Pilaf and a Cauliflower "fried rice." In the end I decided to go with a biryani because I wanted lots of great flavors and veggies in this recipe. And boy, did it work.

My Cauliflower Rice Biryani, with a lot of the same ingredients as I would add to a regular rice biryani, is minty and spicy and chock full of vegetables. Spring vegetables, like asparagus and carrots. You have a lot of leeway here: add green beans, snow peas which are in season, summer squash like zucchini, and green bell peppers. Even potatoes are incredibly good in a biryani, although cook them before you add them to the recipe because this one doesn't take long to cook. In fact, it takes just over 30 minutes from the time you pick up the chopping board to the time you call out, rather happily, "Dinner's ready!"

Then, just sit back and watch them eat. But be sure to grab yourself a plateful of the Cauliflower Rice Biryani first because it won't last long. 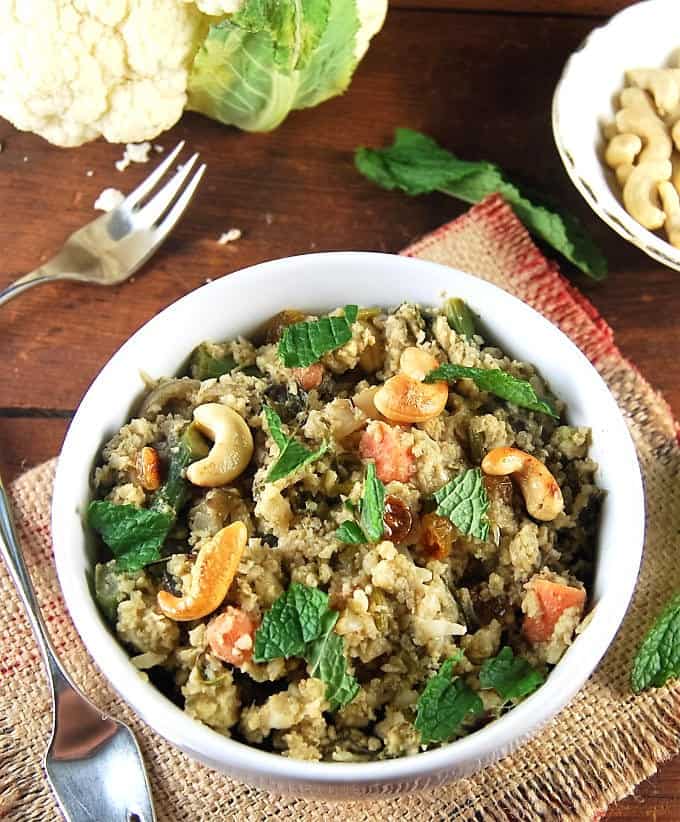 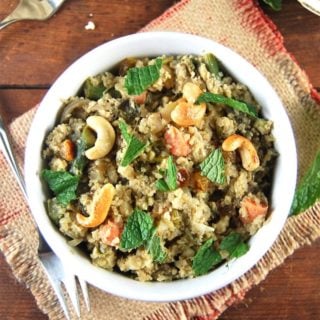 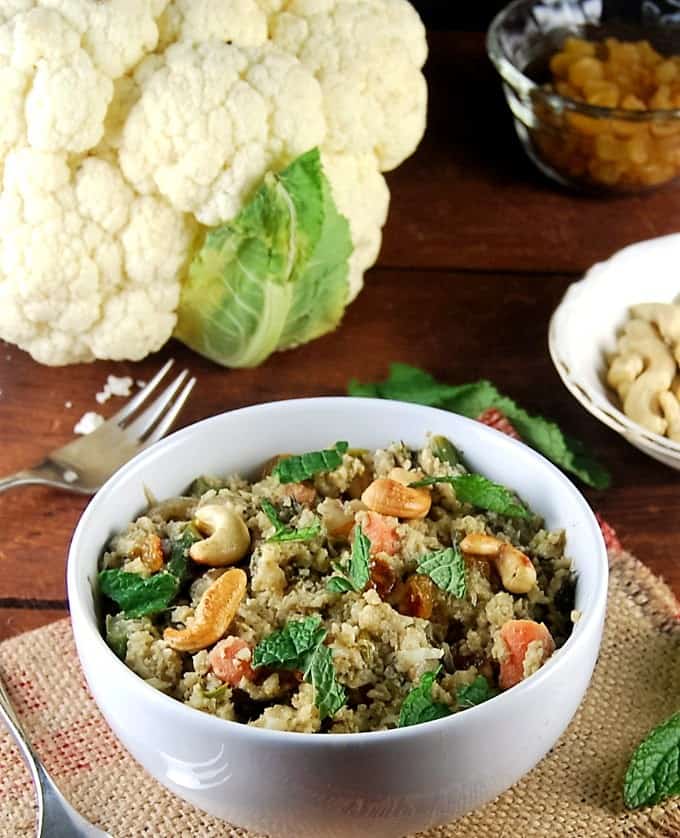