So here's the big secret about this sunny winterburger: it's made almost entirely out of pantry stuff. Yep. So hate me, but don't pretend that the thought of not having to put on that coat and that scarf and that hat and those gloves and then trudge down to the grocery store while the wind chill tries to eat up your fingers does not thrill you. Because it does. 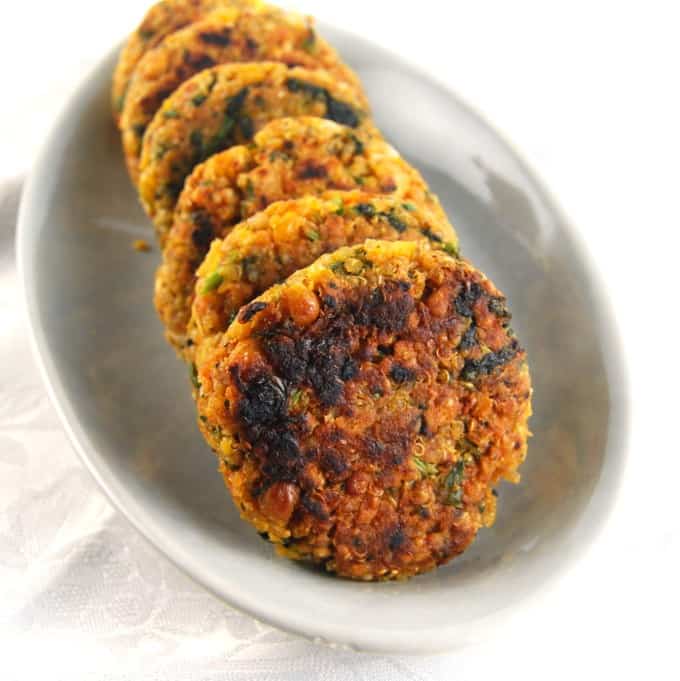 The chickpeas used here came from a can (yep, that big one from Costco that lasts forever, oh joy), the quinoa is a pantry staple hereabouts, and the greens came from the freezer. The rest of it-- herbs and such-- came out of little jars from the herb and spice rack. In the end, when all of these ingredients came together to make the burger, they made a little bit of magic.

Of course, if you're a stickler for cooking your own beans (and I am, most of the time), feel free to do so, and good for you! You also have to cook the quinoa, of course, and saute the greens, but that hardly takes any time at all. Even if you're someone who takes forever to do the smallest kitchen thing, this Vegan Chickpea Quinoa Burger, I promise, will come together in minutes.

Then all you have to do is eat it. 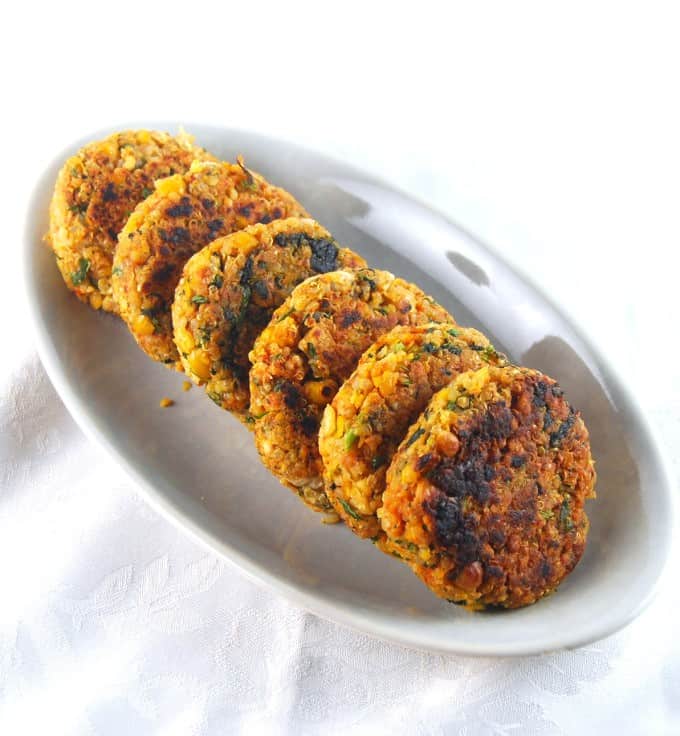 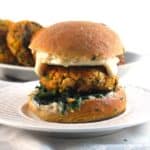 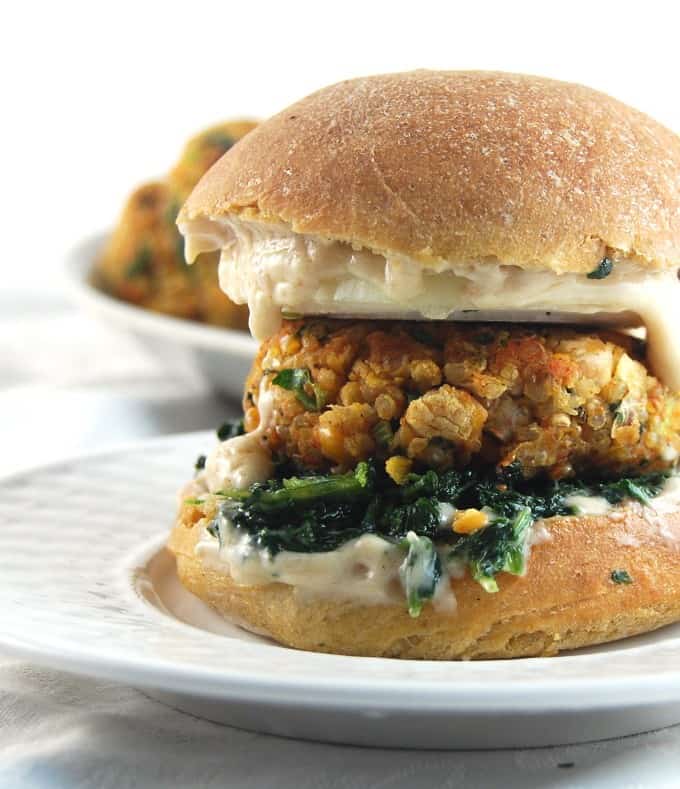