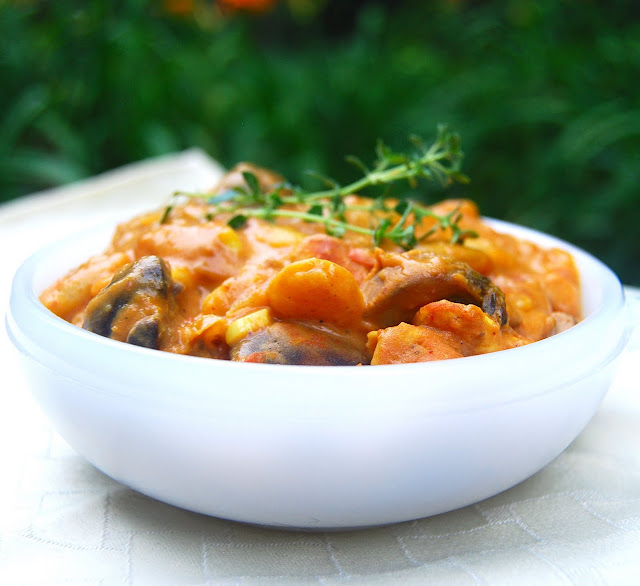 I've long refrained from writing about ex-vegetarians-- yes, those who go back to eating meat -- because I do believe that a sustainable and lifelong commitment to vegetarianism can only be born of a deliberate, conscious and, above all, ethical choice. Clearly, there was something about the ethics of snuffing out a sentient animal's life that this bunch did not get in the first place, so why waste my breath trying to convince them?

But in recent weeks, the topic has gained intense media scrutiny. And recent confessions of a return to non-vegetarianism by high-profile former vegans like Angelina Jolie, Ginnifer Goodwin and Zooey Deschanel have given the meat-eating majority an opportunity to slap their thighs and yell, "See! Humans were meant to eat meat!" After all, if these stars-- with their wealth and resources-- could not stay healthy on a vegan diet, how can the rest of us?

As annoying as these articles are to someone who's been vegan for four years and is in perfect health, I've ignored them largely because they are neither unexpected nor new. But an article this week on the MSNBC website finally made me mad enough to rant. Because -- as incredible as it sounds-- it dared to cast ex-vegetarians in the role of animal-rights activists.

The article sprung from another story in Food and Wine magazine that had "profiled several meat-eating “converts” who consider purchasing sustainable meat a new form of activism." The author of the Food and Wine article is Christine Lennon who starts off with a shot at "smug" vegetarians, and then goes on to say that she was married to a "vegetarian with a pulpit" until he went back to eating meat recently after seven years without. She then interviews famous former vegetarians like actress Mariel Hemingway and cookbook author Mollie Katzen who admits to Lennon's highly sympathetic ear that now that "naturally fed meat is available, it's a great option for anyone who's looking to complete his diet."

But what really made me do a double-take was this quote from Lennon: "For Andrew and many of our ex-vegetarian friends, the ethical reasons for eating meat, combined with the health-related ones, have been impossible to deny."

The ethical reasons for eating meat.

When did killing become ethical?

Because let's face it, you cannot eat meat without taking a life. And just because that cow raised on a farm was treated better for its few short months of life than its counterpart in a factory farm feedlot was, it does not magically become okay to chop off its head and grind it up into hamburger.

Besides, I just don't buy the health argument. Increasingly, research shows that a vegan diet has tremendous health benefits than far outweigh any small deficiencies (the most likely being Vitamin B and D deficiencies that can easily be remedied by popping a pill). Vegans have a lower risk of heart disease, cancer, and diabetes. Their blood pressure and cholesterol is usually lower than that of their meat-eating counterparts, and they are more likely to weigh less (which means they look better too!). It wasn't long ago that former president Bill Clinton went on CNN to talk about how a mostly vegan diet has helped his heart health and helped him lose weight.

So here's my plea to all ex-vegetarians out there: stop trying to convince us you are activists or heroes or that you were forced into eating meat by health deficiencies. Actually, you were just too weak to stick with your choices. If you really want to eat meat, do it and be honest enough to fess up to the fact that your cravings got the better of you, instead of trying to justify your choice as being more ethical than the one that millions of vegans around the world make each day.

You cannot be a friend of the animals and eat them too. 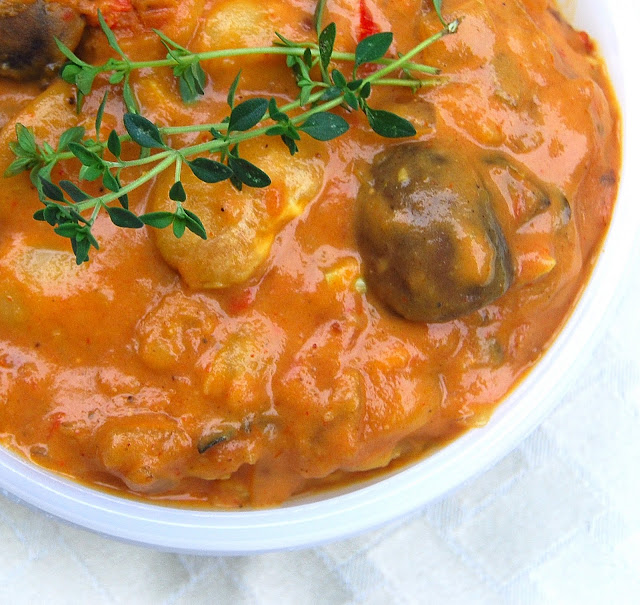 Now that I'm done ranting, here's my recipe for today: a hearty, healthy dish that will put the spring back into your step and remind you why vegan is a better choice.

This Mushroom-Lima Bean Stew, Indian-Style, is perfect for a quick and nutritious weeknight meal, and takes minutes to put together once you have your beans all boiled and ready. Serve it hot with a rice dish or as I did with Coconut Quinoa (recipe coming up in my next post) for a very special, very delicious meal. A lot of the flavor in this recipe comes from my garden-fresh herbs. Feel free to use any you have on hand. 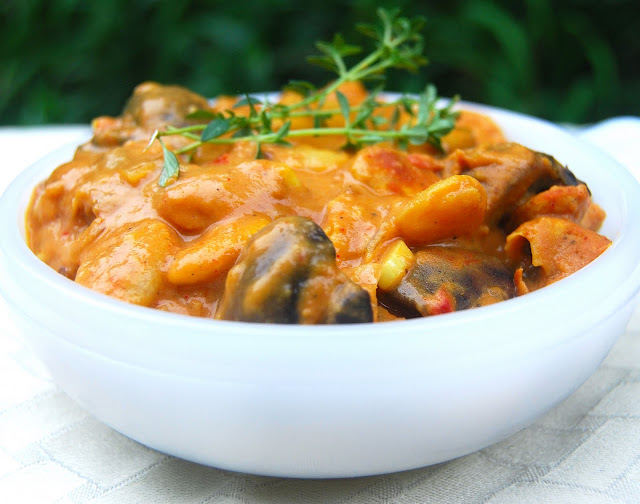 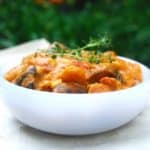