This creamy One Pot Curried Spaghetti with Kale recipe comes together in under 30 minutes, with a handful of ingredients, making it the perfect weeknight dinner. Kale adds crunchy, healthful texture, spices add flavor, and coconut milk gives a wonderfully silky mouth-feel. A vegan, soy-free, nut-free recipe. 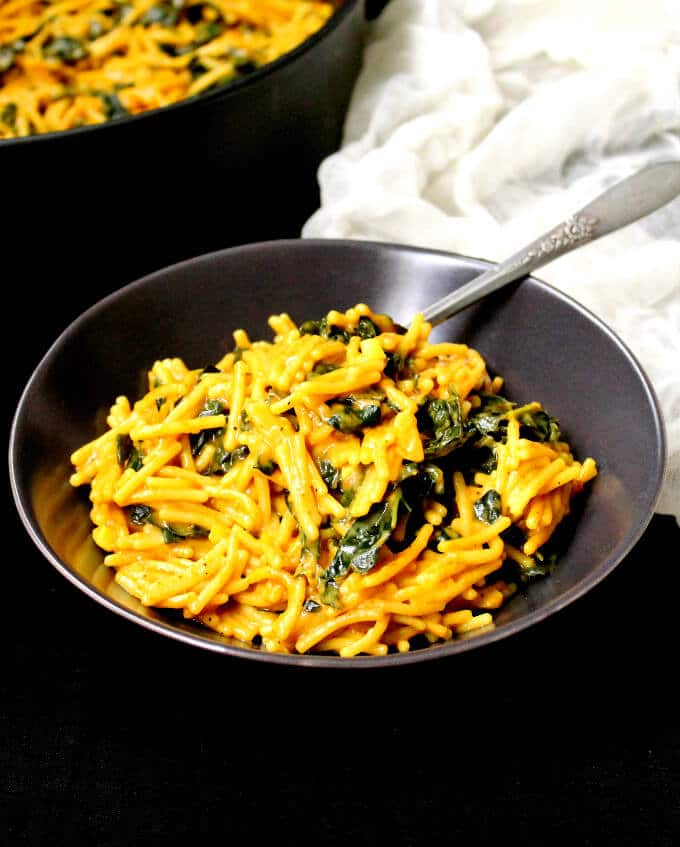 This is my new favorite weeknight recipe and I think I am going to be craving and eating it every day. My Creamy One Pot Curried Spaghetti with Kale.

I have really been enjoying the one pot thing -- anything to get me out of doing too many dishes. And if you've tried my One Pot Chickpea Curry, you know that paring down on the number of pots and pans you use does not equate to paring down on flavor. In fact, there's something to be said for how well flavors mix and meld together when ingredients cook at the same time. 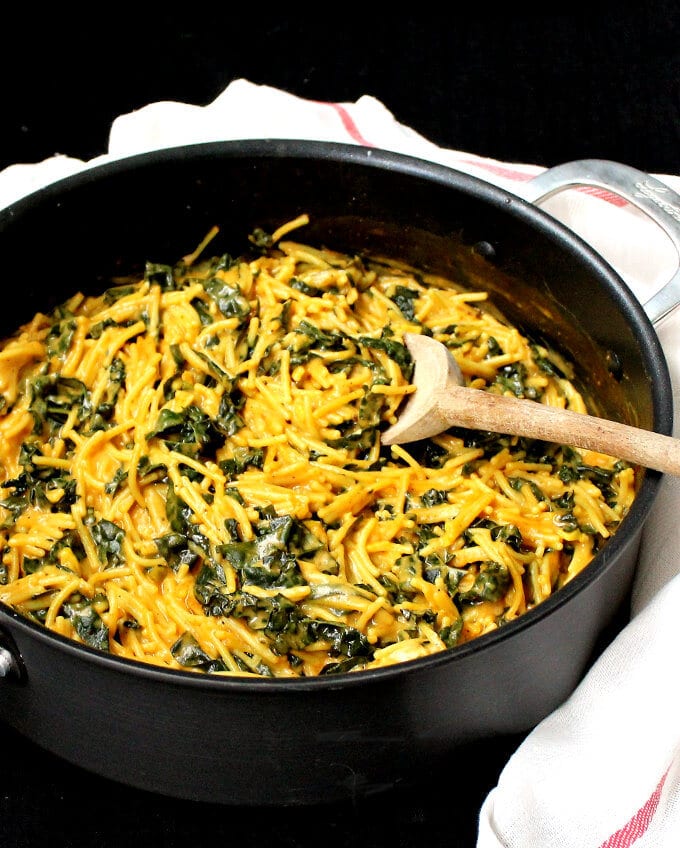 I said this recipe takes under 30 minutes, but that's probably overstating it-- it takes more like 20, especially if you prep as you go.

It is also very versatile. You can add to it some canned white beans for a protein punch, or use another vegetable if you'd prefer, instead of kale. Any green leafy would be great here, including spinach and chard, and you can definitely use a summer squash. In fact, here's a great idea: dice up some zucchini and add at the very end for even more flavor and texture.

I had a rather sucky weekend, and I am still carrying over a bit of a headache, so I am going to run now and leave you with this recipe for One Pot Curried Spaghetti with Kale. But do come back for seconds! 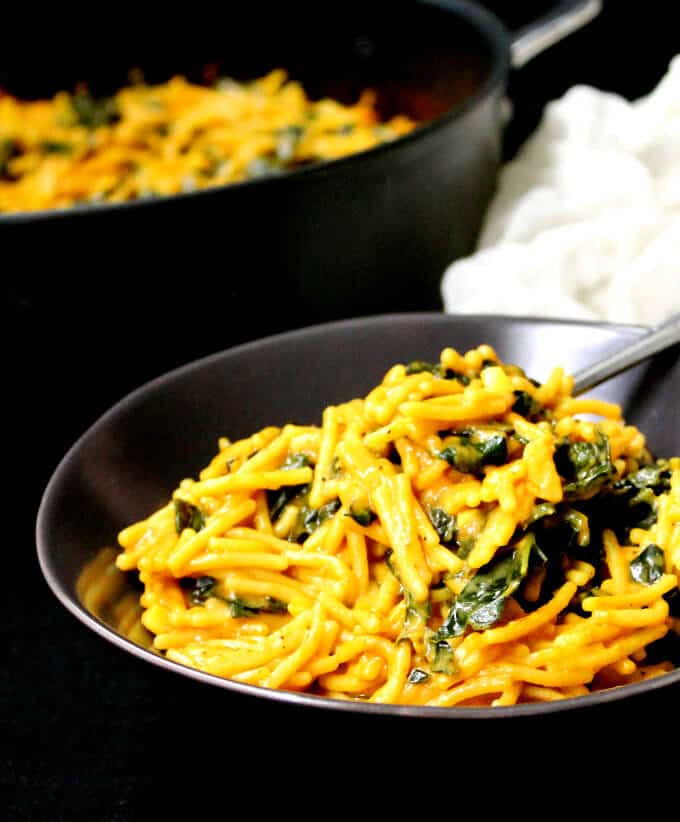 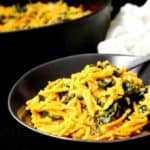