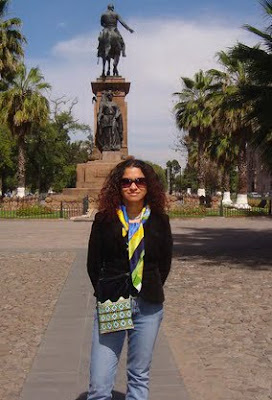 Let me make this clear at the outset: I did not give up meat because I hated it. On the contrary, I enjoyed not just eating but cooking with meat too. But I gave up meat and fish and all other animal products, including dairy, eggs and honey, because I finally made the connection between animal cruelty and the food we so thoughtlessly put on our plates. Of course, I knew all along that meat comes from animals. But like many others, I guess I chose to not think about the tough realities that lie behind the neat packages of meat that we toss into our grocery carts: about the terrible and short lives of the birds and animals raised to feed humans; about the cruelty of the ways in which their lives are terminated to turn them into “food”; and above all, about the needlessness of it all. Humans don’t need to eat meat to survive: a vegetarian diet is not only more than adequate to fuel the body, but studies have time and again shown that it is healthier to eat a plant-based diet, compared to a meat-based one.

What’s more, because it takes several pounds of grain to create a single pound of meat, an insistence on meat by a few of us means starvation for many, many others around the globe.

As someone who loves to cook, I have gained a lot by becoming a vegan. I’ve become more experimental in the kitchen, and I discover and eat new foods every day. While I still primarily cook Indian food- and believe me it is not at all difficult to cook great Indian vegan food- I also love trying out recipes from other parts of the world- and, of course, veganizing them!

I find that without exception, the vegan meals I make are far healthier than the meats I used to cook before. What’s more, after the first few weeks had passed, I have never ever craved meat or even dairy products like cheese that I thought would be hard to live without. I now crave fresh, vibrant vegetables, a steaming bowl of miso soup, vegan cookies flecked with vegan chocolate chips, hot vegetable biryani garnished with crunchy onion, crispy dosas, or crunchy tempeh “crabcakes”…the list goes on.

My refusal to participate in cruelty against animals does not stop at food. As a vegan, I do not wear clothes or carry accessories made from animal products: no leather, silk, or wool. I do not use cosmetics or other products that are tested on animals or contain animal ingredients. And believe me, it is not only not difficult to do this, it makes life far simpler. All you need to do is read the labels, and in the process you also become a more aware consumer.

I became a vegan for ethical reasons, because I loved animals and I realized I couldn’t be a hypocrite that loved some animals and thoughtlessly contributed to cruelty against others. But there have been many, many rewards. I feel healthier, I keep my weight under control more effortlessly, and I am mentally more focused than ever before. But the best reward of all has been this: I feel much better about myself, knowing that I am doing all I can to lead a conscious, non-violent life.