You are here: Home | Stews | Vegan African Peanut Stew with Eggplant and Okra 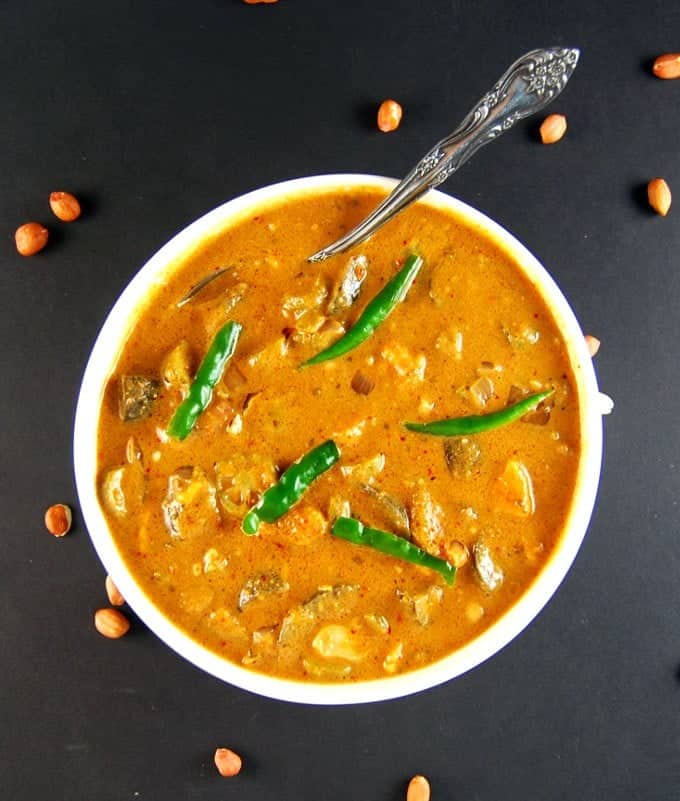 Maybe I should have called this the Recipe with the Veggies Everyone Loves to Hate. But why get off to a bad start when this vegan African Peanut Stew is so, so, so very good.

Although I bashed the okra and the eggplant there, these two veggies are actually top favorites in our home. Everyone loves them, including little Jay, and Desi would lap them up if I were to serve them for breakfast and dessert. 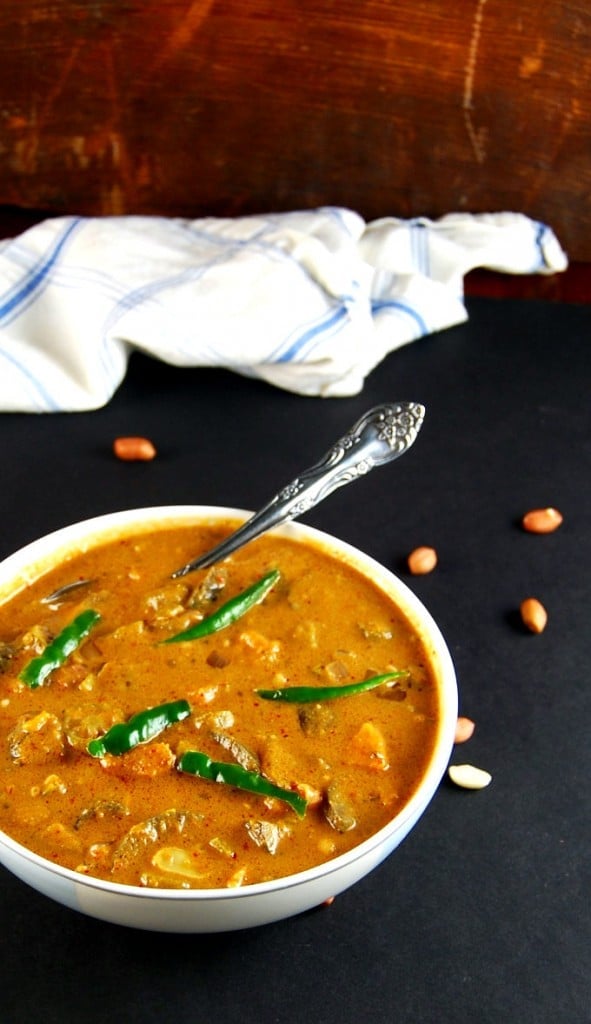 As for me, okra was my favorite vegetable growing up (in India they go by the rather Halloweeny name "lady's fingers"), and it was because my mom knew just how to make them: the little rounds of okra, roasted in a kadhai, or an Indian wok, would be tender, perfectly crisp, and would have no scary slime clinging to them. Okra has a rather neutral taste and a few simple spices, like red chilies and mustard seeds, would add incredible, subtle flavor. It was, quite simply, the most perfect vegetable dish.

To date that is my most favorite way to cook and eat okra, but sometimes I like to stray. One of my favorite okra recipes is this gluten-free vegan gumbo, which I make again and again. Now, I am adding this African Peanut Stew to that list. 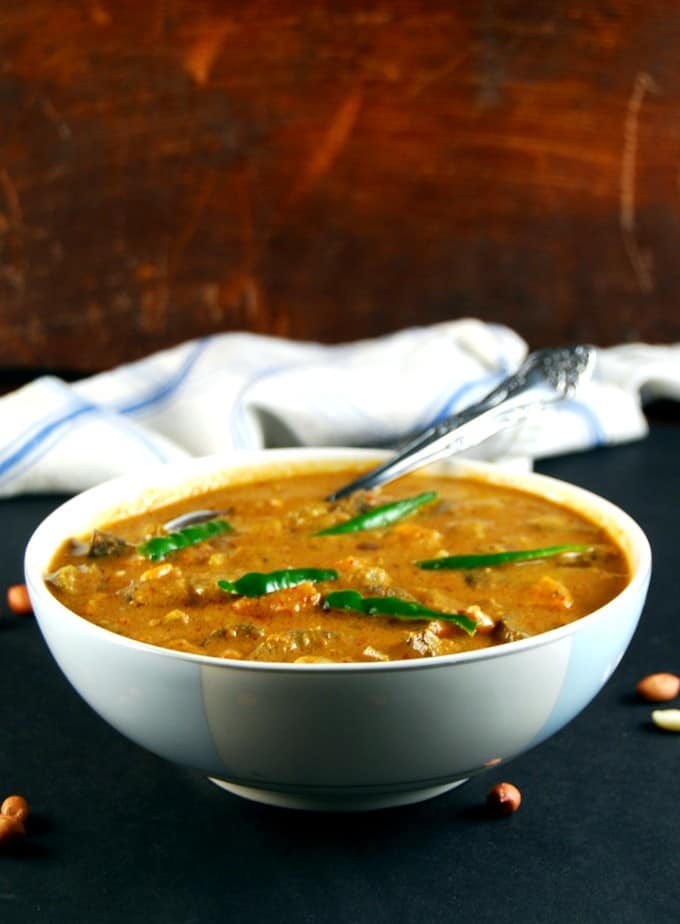 Something strange happens to okra when it is boiled in a pot of liquid-- instead of becoming slimier, as you would expect it to, it thickens the stew and becomes perfectly tender and delicious. The eggplant, another reviled veggie, makes a perfect score in this stew too, becoming soft and rather melt-in-the-mouth. If you didn't like okra, or eggplant, or both, this is the stew to change your mind. Bringing all of this goodness together is the smooth creaminess of peanut butter and the garlicky, big bite of the Harissa paste.

If you still aren't convinced, here's what this recipe really boils down to: a delicious, bubbling pot of peanut butter with some incredible spices and veggies floating in it. Could you say no to that? 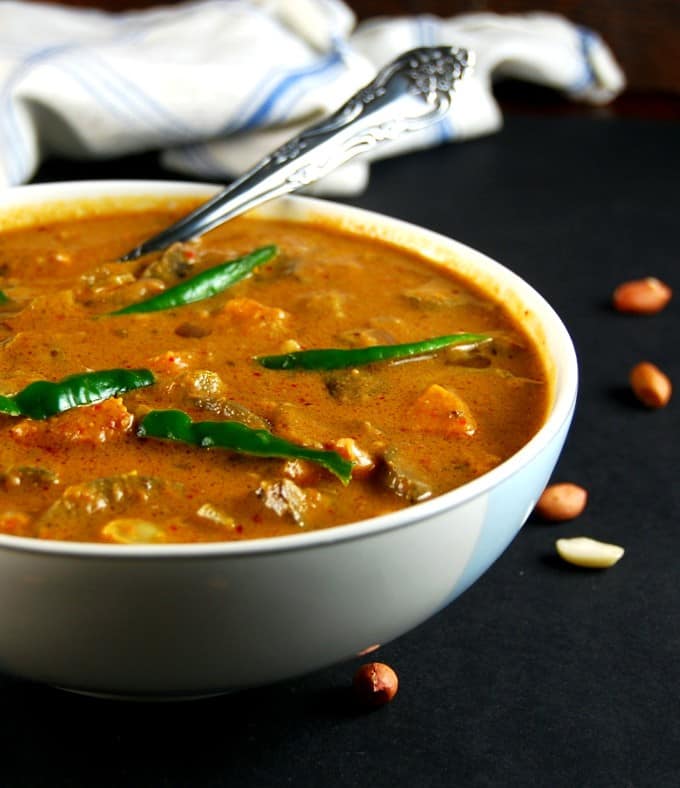 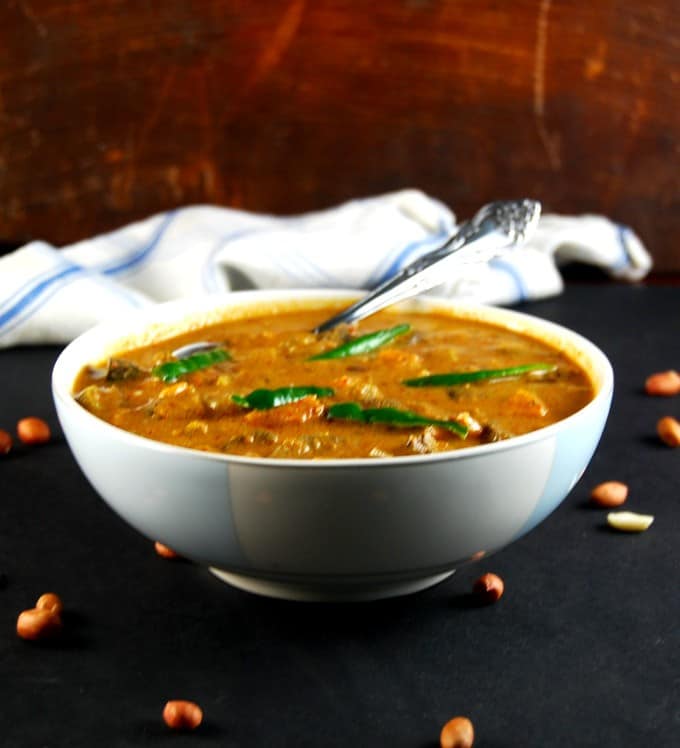