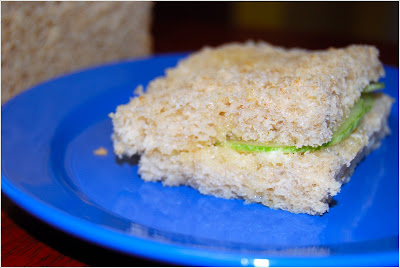 If you've been on this blog before, you probably know that I am a big believer in the simple life and conscious living.

It wasn't always like this. When I first moved to the United States, I went through wide-eyed-at-the-mall days that afflict most immigrants in this consumer's paradise.

Although I've never been one to splurge on 100-dollar jeans and 400-dollar shoes, I did love having a good and extensive wardrobe. I enjoyed collecting gadgets (like a 400-dollar pocket PC I bought one day on a whim and almost never used -- something Desi never fails to remind me of when I accuse him now of wasteful spending). I wanted a car, a house...in other words, I wanted the American Dream.

They say age makes you wiser, and in my case it must have. I don't think there was a lightbulb moment when I went a-ha, but over the years I began to tire of all the "stuff." Because buying and then looking after all this stuff, I realized, took away more time, not to mention money, that I might be using to really enjoy life.

What's more, stuff comes not just at a monetary price to us, it comes at a heavy price to the environment and to the rest of the world.

The more I wizened up, the more I began to get sick of shopping. Far from wanting to step into a store, I now hate stepping into one and rarely do, except on the very rare occasion.

I mostly shop for clothes at thrift stores, and what I have and can't use, I like donating to thrift stores so someone else can use it.

Over the years, as I've grown more aware of the environment and coexisting with the rest of the world, I've found out there is no shame in paring down. Anyone can whip out their wallets and swipe a credit card. But living consciously and reducing waste-- that takes courage and determination.

I don't claim to be there 100 percent. There's a lot of waste in my life that I can still cut down on, and yes, I still live in a home that, although certainly not a McMansion, could be downsized. Although we have a large family of animals-- three dogs and two cats as many of you already know-- we find that when we're at home, we essentially use only three rooms: the bedroom, the den and the kitchen. The animals hang out around us most of the time: in fact, they sleep in our bedroom at night and gather with us in the den when we're relaxing. If I'm in the kitchen, they hover around my feet, waiting to see if I might send something their way.

I still have my car, although I long for the day I'll replace it entirely with my bicycle and my feet. I long to live among like-minded friends and neighbors where I can let my dogs run off-leash and enjoy the outdoors without us getting slapped with a lawsuit because they barked at someone. Where my cats can weave in and outdoors without me worrying they'll get run over by a car. Where I can plant all kinds of fruits and vegetables and flowers and smile when I wake up one morning to find the deer ate them up.

It's only a dream now, but this dream, at least to me, is a more substantial one and far richer than the dream I had when I first moved here.

In India, cucumber sandwiches are made by smearing the bread with an herb chutney instead of butter, and that's another level of deliciousness.

I used part-whole-wheat sandwich bread, which I make myself almost each weekend (I'll be posting that recipe too this week), instead of white bread for the sandwich, and I did not peel the cucumber which one might typically do to make these sandwiches extra-dainty. I wanted to keep things as healthy as possible, and of course, the sandwiches were still delicious. I also used vegan butter instead of regular.

Enjoy this simple snack, everyone! And try my vegan BLT as well!

12 slices of white or part-whole-wheat bread

1 medium cucumber, cut crosswise into slices as thin as you can possibly cut them.

Slather butter on one side of each slice of bread.

On the buttered side of six slices, place the cucumber slices in a single or slightly overlapping layers.

Sprinkle some salt on the cucumber, if desired.

Place another slice, buttered side down, on top of the cucumbers.

With a sharp knife, trim out the crust of the bread.

Cut once more diagonally, if desired, to create two triangles.