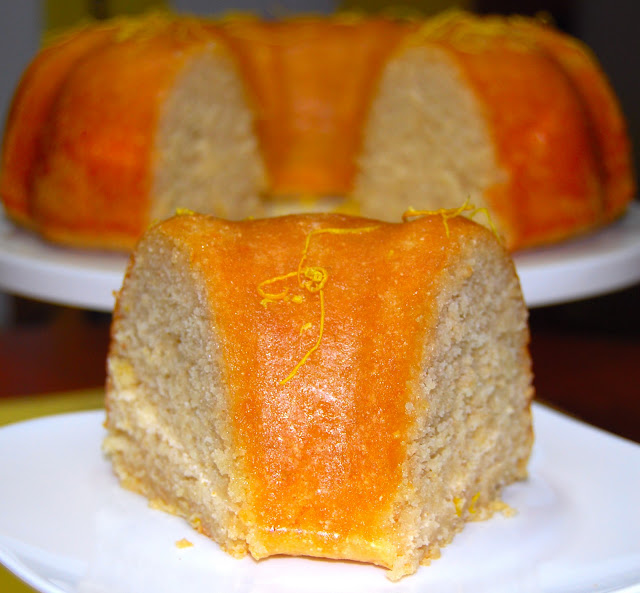 A plump, golden Lemon Poppy Seed Cake with a Lemon Glaze is what I have for you today.

After all these years of baking vegan cakes and cupcakes, I am still amazed at how easy it is to eliminate animal products like butter, cream and egg and still get a perfectly moist, airy and beautiful result. All of it minus that awful egg odor. If you don't believe me, all you have to do is try this cake.

Lemon and poppy seed are a classic combination, and just one bite of this amazing cake will tell you why. I used Meyer lemons which have a distinctive flavor and are sweeter than your average lemon, but it's perfectly fine to use regular lemons instead. You could even try substituting other fruit juices. 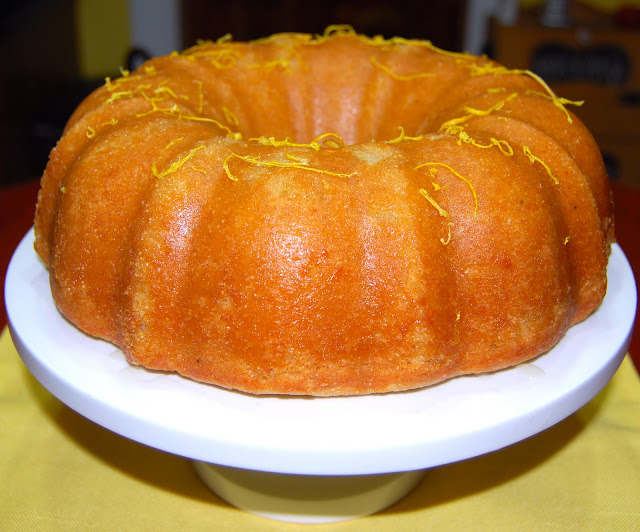 This is a great base recipe to create cakes of all flavors. You could, for instance, substitute the lemon juice and zest with orange and get a great orange bundt cake. Or you might try another fruit juice. This cake is very much like a pound cake, with a buttery crumb and a melt-in-the-mouth texture. I also used unbleached cake flour to get a particularly light texture. Cake flour is very low in gluten, so you don't have to worry about your cake getting tough, the way it could with higher gluten flours like all-purpose flour. If you can't get cake flour, use all-purpose but replace two tablespoons in each cup with cornflour.

You could also use whole-wheat pastry flour to make this cake. It will be darker and the crumb will be thicker, but you'd still have a great cake (and one that's slightly healthier too). 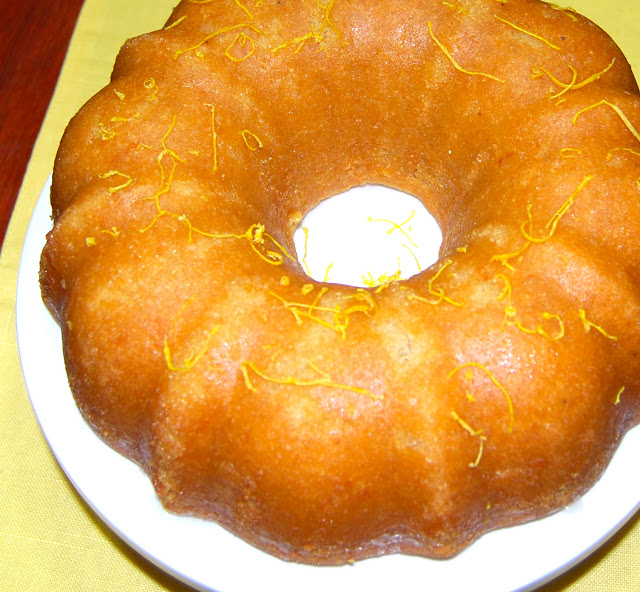 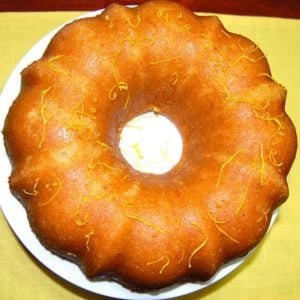 Serving: 1gCalories: 275kcalProtein: 2.5gFiber: 0.8g
Tried this recipe?Let us know! Or post a photo on Instagram and tag @HolyCowVegan 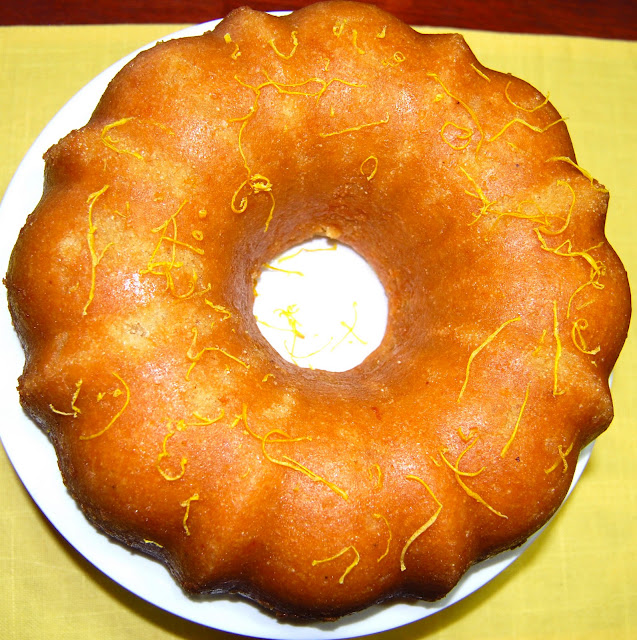 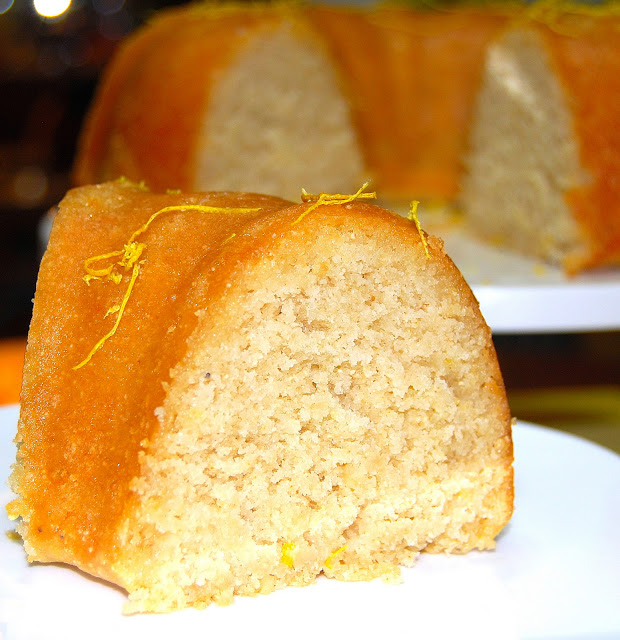 If you like citrusy cakes, have you tried my fail-safe Vegan Orange Cake?

There have been a number of media articles in recent weeks about efforts by animal-rights activists to stop New York City's abhorrent horse-drawn carriages, after the deaths of two horses who literally dropped dead while ferrying passengers around the city's clogged streets.

If you've ever been to New York, you will not have missed these horse carriages (and hopefully you knew better than to ride in one). But if you haven't you would find it hard to imagine the sight of these poor animals, blinkers on, forced to walk around pulling hundreds of pounds for at least nine hours each day, seven days a week, ferrying passengers through the din, pollution, and unbearable hustle of New York's infamous traffic.

It is also hard to imagine that leaders of this, one of the world's greatest cities, including Mayor Michael Bloomberg, still believe that they need this archaic display of animal cruelty to draw in tourists. If anything, it makes me never want to visit again.

To my mind, horses symbolize freedom. To condemn these beautiful creatures to a life of slavery and suffering is not just wrong, it should be a crime. Unfortunately, New York City is not alone. I wrote a few years back about Charleston's horrendous horse carriages which really ruined my visit to this otherwise beautiful town in South Carolina.


The horses pay a heavy price for our "entertainment." Many suffer respiratory ailments, not surprising given that they are inhaling noxious exhaust fumes all day, and some turn lame because of walking constantly on the hard pavement. At the end of a long, hard day the horses are returned to crowded stables where they are packed in, with no recourse to roam free for even a short time. They have no pastures where they can graze, or socialize with other animals. The next morning it's back to the streets and hard labor and on and on until they die an early death or are put down.

Animal rights activists in New York City, including the ASPCA, have been fighting to have the horse carriages banned and they have been making steady progress, but I wanted to share this with you too in the hope that you will contribute your own power as consumers. All you have to do is say no to horse rides that are common "tourist attractions" in cities around the world.

There's so much to see and do in New York City or in Charleston or in just about any place on earth. There is absolutely no need to sully your visit or vacation with a ride in a horse-drawn carriage, pulled by a sentient animal who will never know what it's like to be happy. 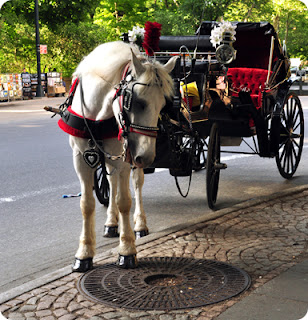