A sumptuous and even healthy Cucumber Cake with the scent of cardamom and made with whole wheat and coconut sugar. A low-fat, vegan, soy-free recipe. 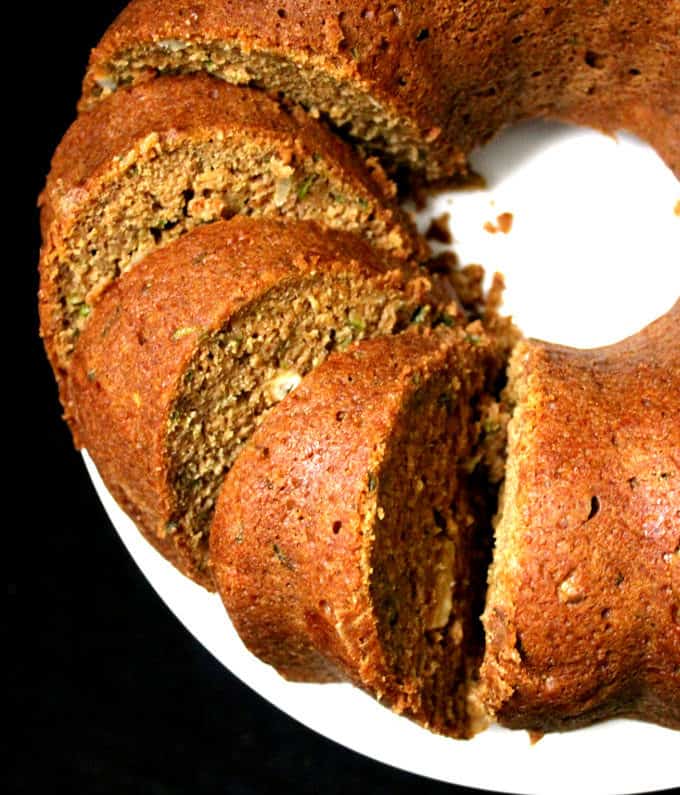 It's sweltering here in the northeast, and in most of the country. But nothing reminds you better than a cucumber (or a water melon) that summer is the best time of year to be a veggie lover.

I've been slicing them into pitchers of water, chopping them up into salads and raitas, and just cutting them into spears and eating them with a dash of salt and cayenne rubbed into their centers, the way they are sold by street vendors in Bombay. 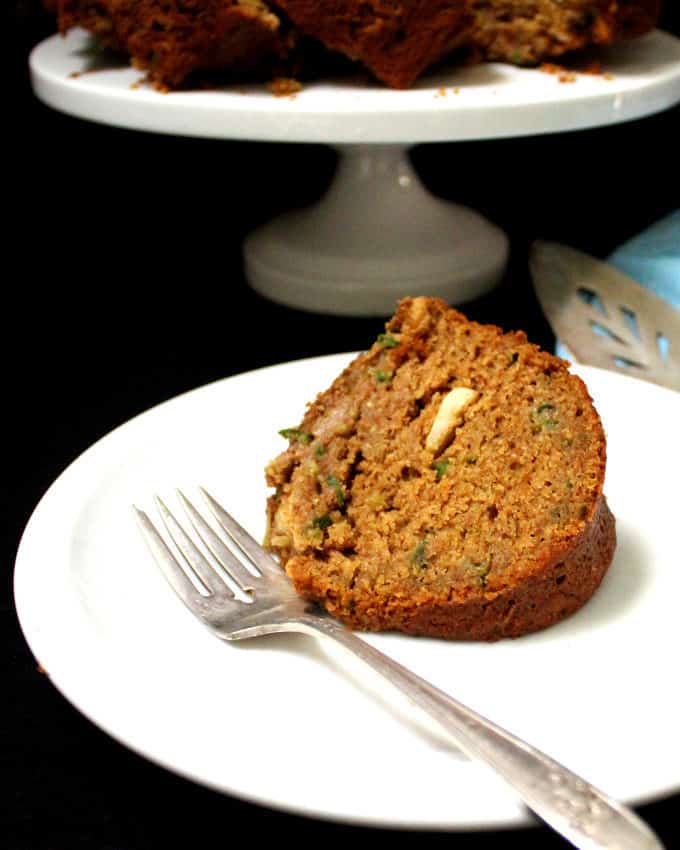 I grow my own cucumbers most summers, but this year is not one of those -- seeds I planted simply didn't take off, for some reason. But the markets are overflowing with these delicious green veggies, and I was dying to make a cucumber cake.

In the India I grew up in, ovens were a rarity and cakes were a treat strictly bought from the bakery. The only people I knew who had an actual oven were my cousins, whose father, my uncle, insisted they get degrees in home science because he didn't think they were good for anything more than learning to cook and keep house so they could find decent husbands (they were -- one of them is a professor now).

Another kind of "oven" some adventurous cooks had was an aluminum contraption that looked like a tube pan with a lid. In the bottom was a compartment that held sand. The "oven" was placed on a stove and the flame heated the sand which in turn baked the cake.

My mom had one of those contraptions, and she would sometimes bake this cucumber cake, called Tausali, in it. 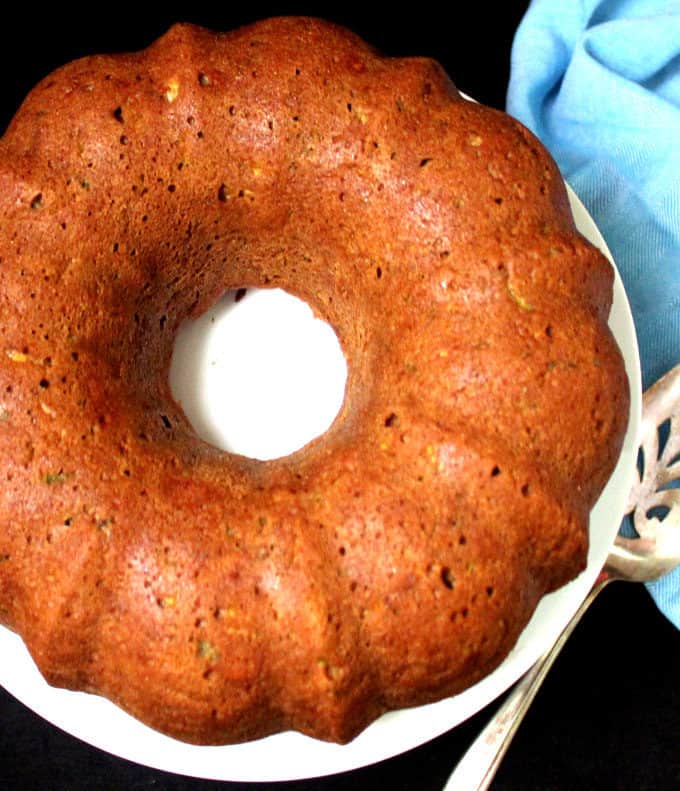 Tausali is a rather spare yet sumptuous cake from India's Konkan region-- my dad's native land. It contains the classic triumvirate of homemade Indian sweets: jaggery (an unrefined Indian sugar not unlike piloncillo), coconut, and cardamom. It is usually made with rice flour and semolina or sooji farina, sometimes ghee, and -- of course-- cucumber. There are no leaveners here, like baking soda or baking powder.

The ingredients are all mixed up and baked in that little stovetop oven. The resulting cake is dense but tender and incredibly flavorful.

My Lowfat Cucumber Cake is not Tausali-- I adapted it to make it more cake-like than Tausali by using flour instead of semolina, and I did add some baking soda and baking powder to help the cake rise. I used coconut sugar as a natural sweetener, and I used coconut milk instead of fresh coconut, just for a smoother texture. I also used coconut oil instead of ghee. 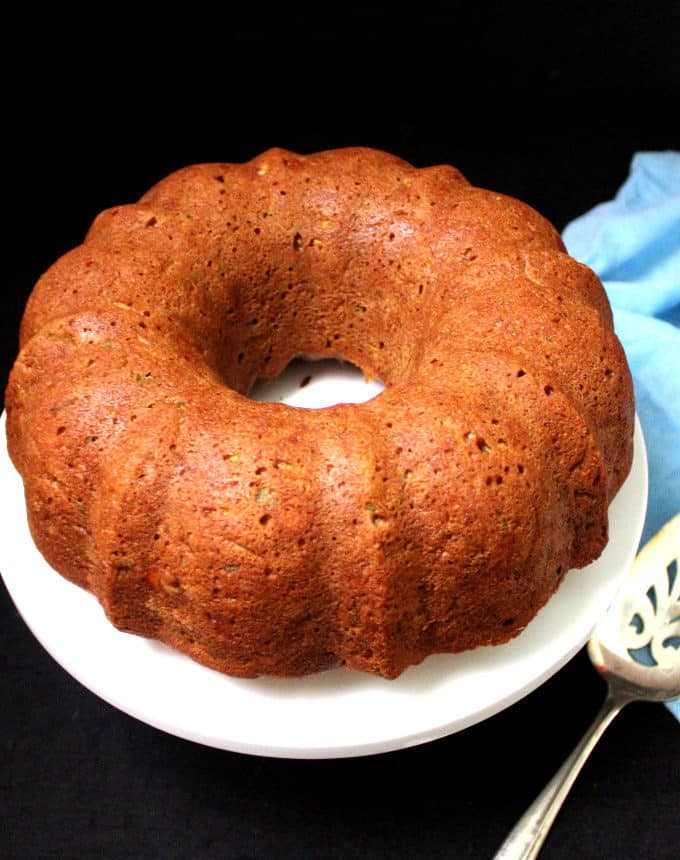 To stay true to the fresh-from-the-tube-pan look of a Tausali, but to make it prettier, I baked my Cucumber Cake in a bundt pan.

The cake is delicious. The coconut sugar gives it a deep richness, and the cardamom is just perfect with the cucumber.

This is also a very healthy cake. There is very little fat in the recipe, and it incorporates brown rice flour and whole-wheat flour -- and, of course, a veggie.

And yes, it all sounds too good but it's also true. Not too many things you can say that about. 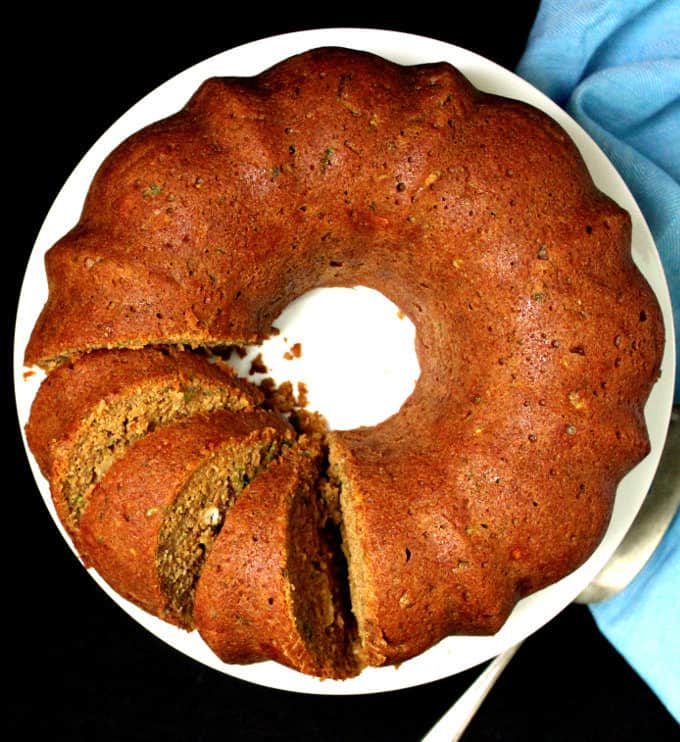 Did you say this cucumber cake is naturally sweetened and low in fat -- and healthy?

Yes, traditionally this cake is made with jaggery, which is an unrefined and rather good-for-you sugar. But since not everyone has access to jaggery here in the United States, I made my cake with coconut sugar, which is also unrefined and has a flavor that's close to jaggery.

You can always use regular brown sugar, if you can't find coconut sugar either, or white sugar with a tablespoonful of molasses.

And there's just ¼ cup of coconut oil in this cucumber cake, which makes it very, very low in fat compared to other cakes, and since coconut fat has some healthful properties of its own, the oil enhances the healthfulness.

A slice of the cake has only 165 calories, which is amazing. You may not want to stop at a slice, though. 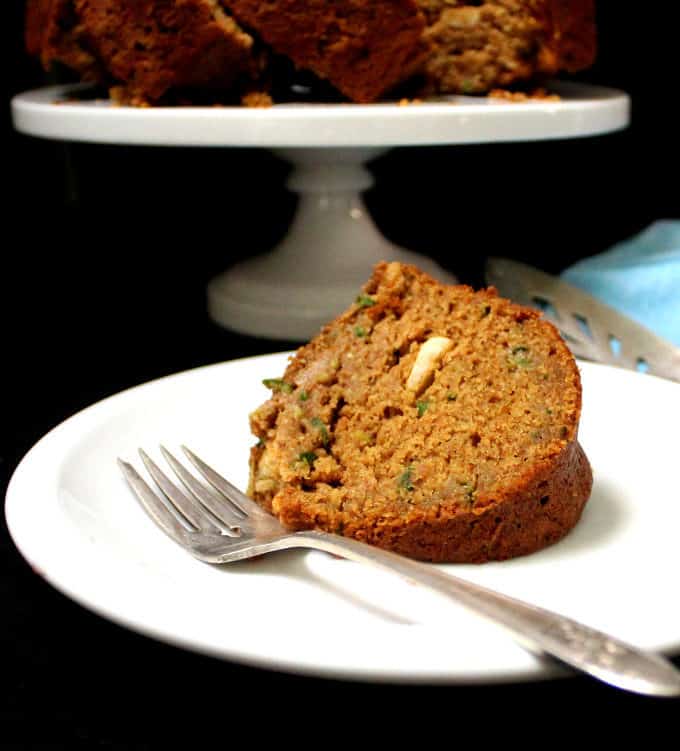 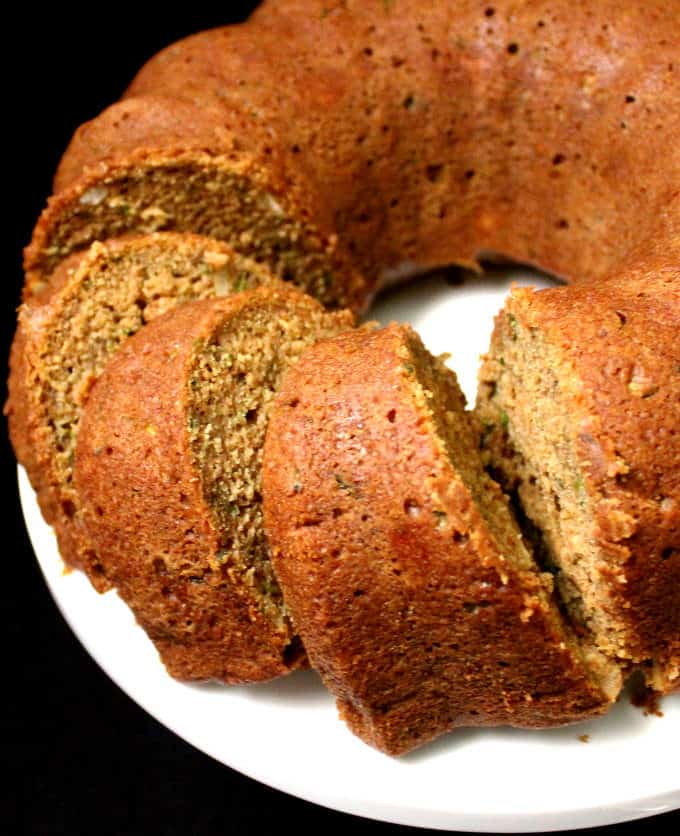 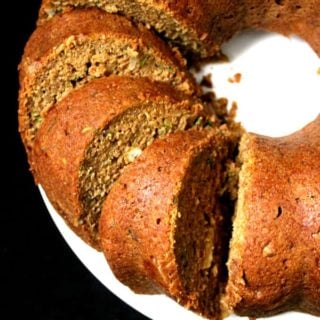 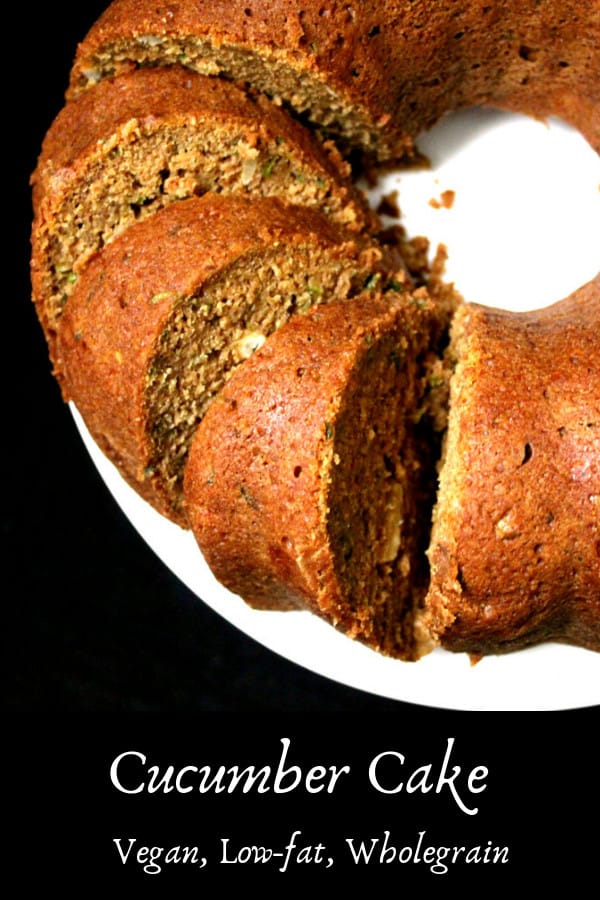