A creamy, smoky recipe for Tempeh Stir-Fry in a gingery coconut sauce. 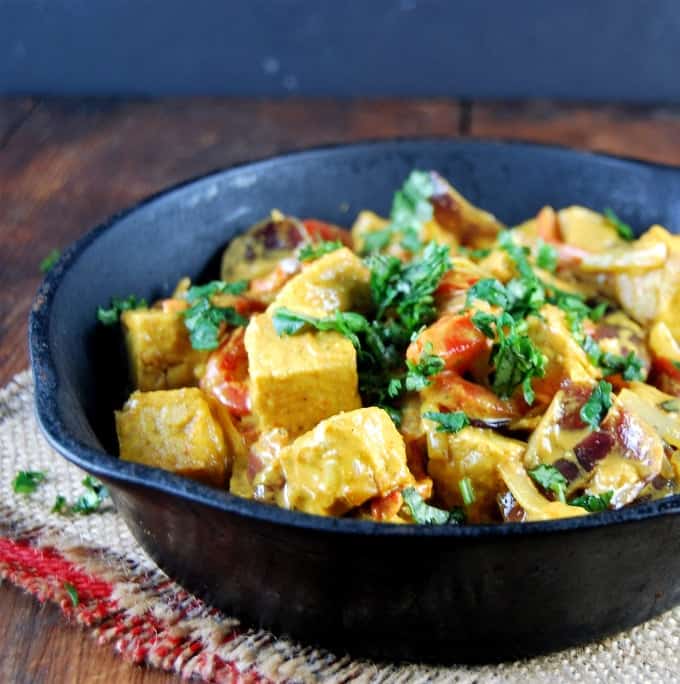 The other day, I sat down to try and explain playback singing to Jay.

Tasveeer Teri Dil Mein was playing on YouTube, and Jay, in the midst of coloring a dragon, was transfixed by the black and white images on screen. Rafi, he said, pointing to Dev Anand.

By now, I have transferred to my otherwise very American son a deep love for Hindi oldies, and especially for the songs of Mohammad Rafi who was unarguably India's greatest playback singer and something of a genius. Rafi's versatile voice, which could emote and express better than the countless actors on screen that he sang for, including Dev Anand, often keeps me company while I work, cook, and clean around the house. Desi, a huge fan himself, often teases me -- not unfairly -- for being an encyclopedia on the singer. 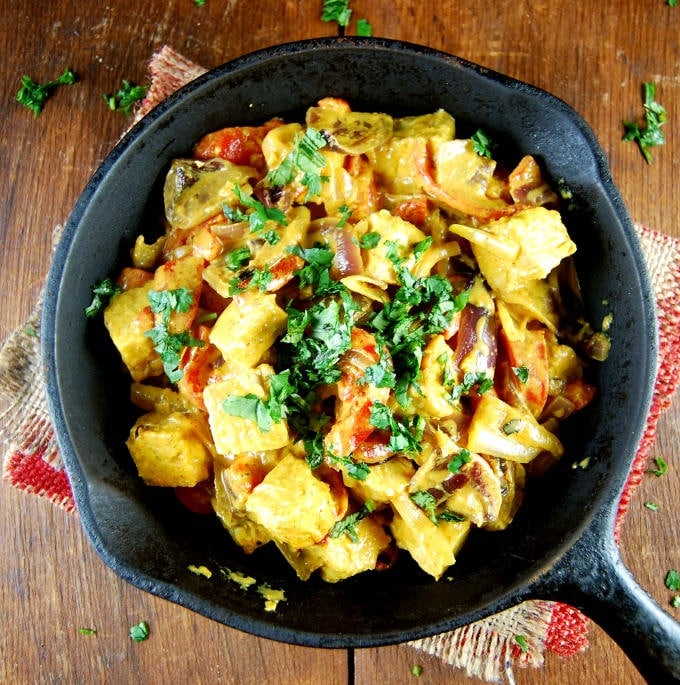 Playback singing happens less frequently in Hollywood, but in Bollywood, where nearly every movie is a musical, it's a norm. Early on in the life of Indian cinema, music directors realized that marketable looks did not necessarily go hand in hand with musical talent, and separated the two cleanly. The practice stuck and to date, in Bollywood movies, actors do not actually voice the songs they are seen singing on screen.

The playback singers are huge stars, almost as big and marketable as the actors they sing for. When a movie, and its songs, becomes a hit, the singer inevitably gets paired with the actor in following movies, becoming the actor's "voice." So Rafi was Shammi Kapoor's voice. Mukesh was Raj Kapoor's voice. For a while, for some inexplicable reason, the talented south Indian singer S.P. Balasubramanian was a rather vapid looking Salman Khan's voice. I once heard Dev Anand tell an interviewer that Kishore Kumar was his voice. You get the picture?

So I wrapped up my little talk on playback singing, and Jay nodded vigorously and somewhat impatiently. I get it, mom. Then one of his favorites started to play on the screen. Khoya Khoya Chand! he yelled excitedly and rather cutely, with a distinctly American accent. Next, he pointed to a rubber-limbed Dev Anand flailing around on the screen, lip syncing, and yelled: Rafi!

Okay, so maybe I didn't do such a good job of explaining playback singing to Jay. But Dev Anand, even my seven-year-old knows better who was your voice. 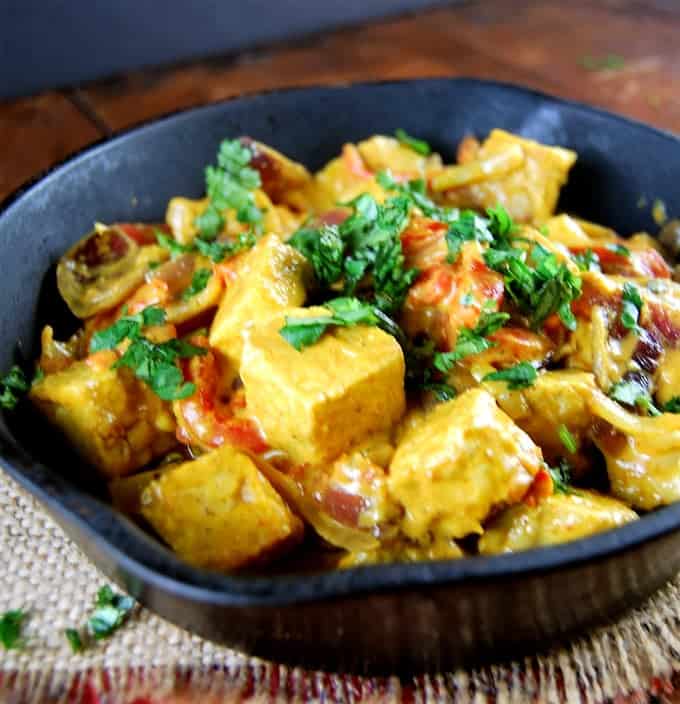 If you're unfamiliar with Bollywood and its songs, that little slice of our life perhaps didn't make a lot of sense. But I have for you today a recipe that definitely will, because if there's one thing that transcends language and culture, it's almost certainly food.

This Tempeh Stir-Fry in a Gingery Coconut Curry Sauce is creamy and smoky and sweet and spicy, all at the same time. The creaminess and the sweetness comes from coconut milk, the spiciness from the ginger and a hint of cayenne, and the smokiness comes from roasted red peppers. Because so many of these ingredients require very little or no cooking, the recipe itself comes together in 20-25 minutes, making it a weeknight dinner winner.

But it is versatile, kinda like Rafi. 🙂 You can bowl up this Tempeh Stir-Fry with quinoa and some sauteed kale. Or scoop it up with a crusty bread. Or drizzle it over some brown rice and roasted sweet potatoes. If you don't have tempeh, or would rather not use it, you can substitute with tofu. Cut it into cubes and proceed the same way as you would with the tempeh.

You just cannot go wrong with this recipe. 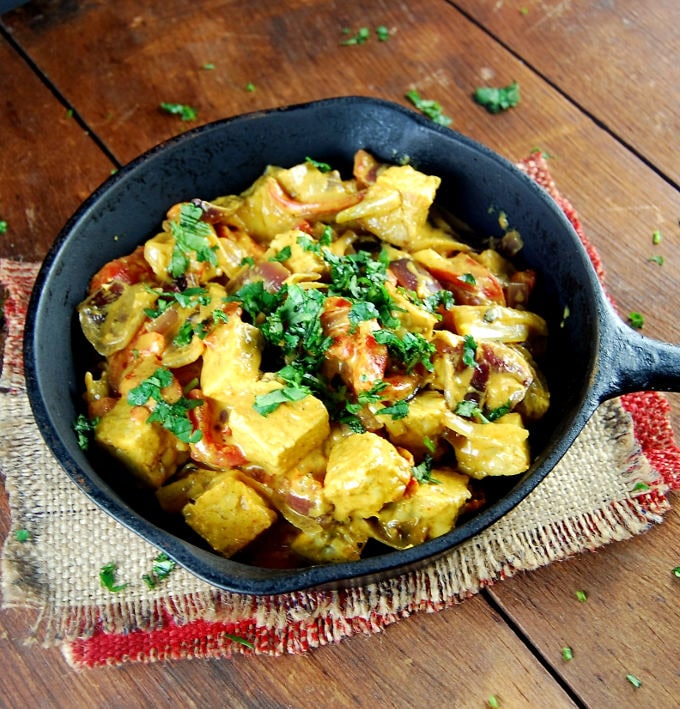 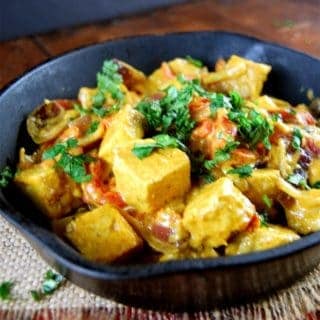