As popular as PB&J is around the house-- with Desi who simply will not start his day without it and with Jay who, after some initial hesitation adopting it when he first came to us, has grown to love it -- I wanted to try out a version of a vegan PB&J Bread Pudding for vegan breakfast recipesthis past Sunday. But I wanted it to be an adult, sophisticated version of a peanut butter and jelly bread pudding. And this version, guys, is as close to perfection as you can get. 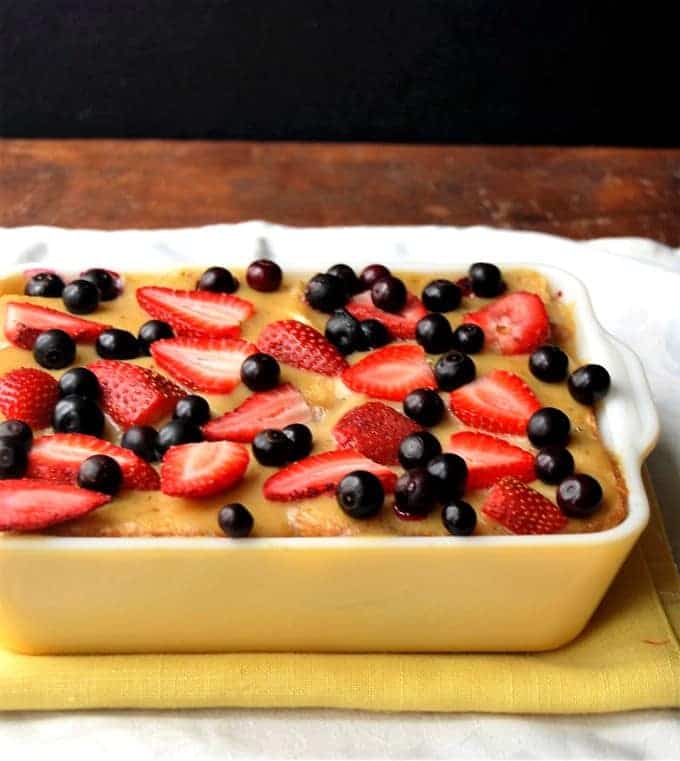 The jelly here is a fruit compote made of tasty, healthy berries, and the peanut butter is a creamy concoction that gets poured on and seeps into every nook and cranny, making this pudding gooey and warm and delicious beyond words. The custard that smothers it all is flavored with vanilla and so insanely good that you might have a hard time stopping yourself from licking the spoon...again and again. Not that you should. 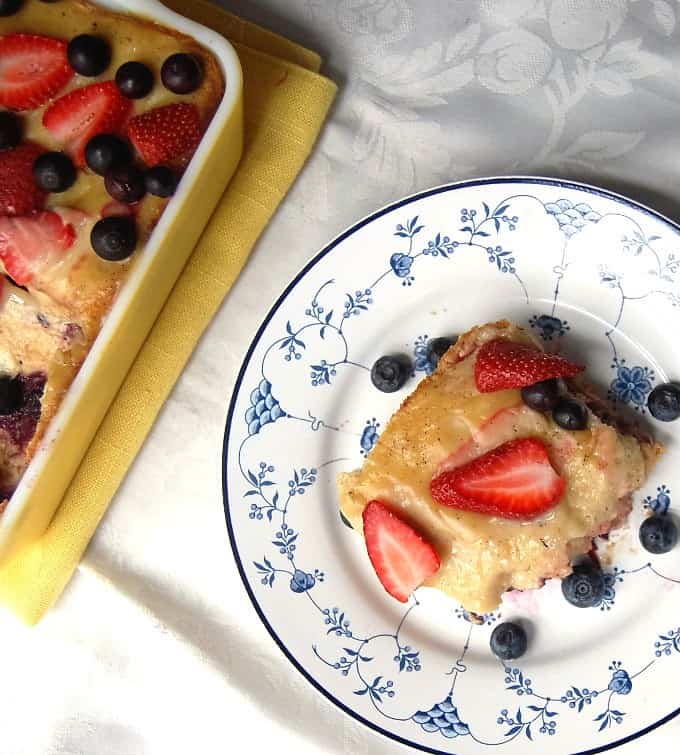 I was first thinking of making this with a vegan brioche, but then I decided to take the healthier way and use whole-wheat bread instead. I was happy I did, because the bread, once it has soaked in all the moisture, is so soft that using white bread wouldn't really have made a huge difference. Try to make sure that the bread is light and airy, not dense, because you want it to be porous enough to absorb all of the goodness you pour on it.

As the pudding baked in the oven, the wonderful fragrance brought Desi and Jay running down the stairs, sniffing the air. They tucked through it at lightning speed, even Jay whose reception of new foods is, at best, tepid. When it was over, he sat down with the baking dish and licked it clean.

Something tells me I'll be getting requests to make this PB&J Bread Pudding again and again. 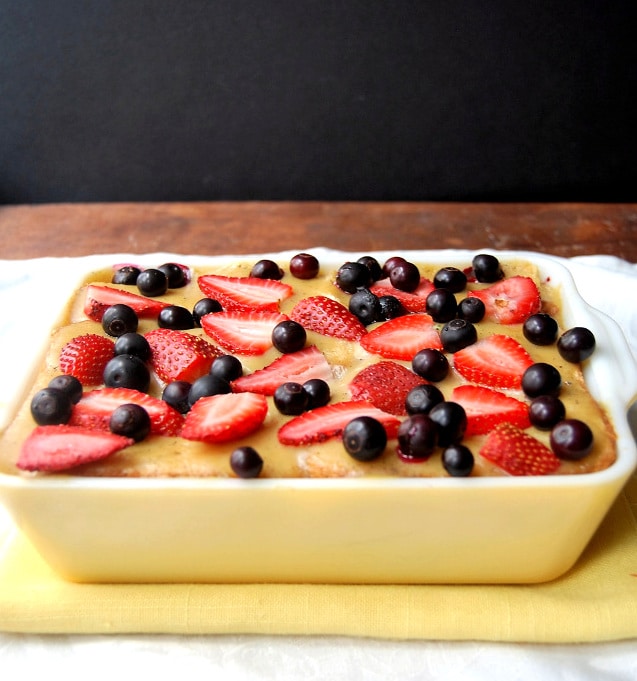 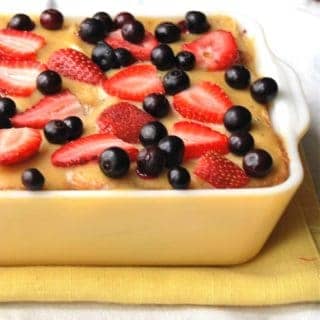 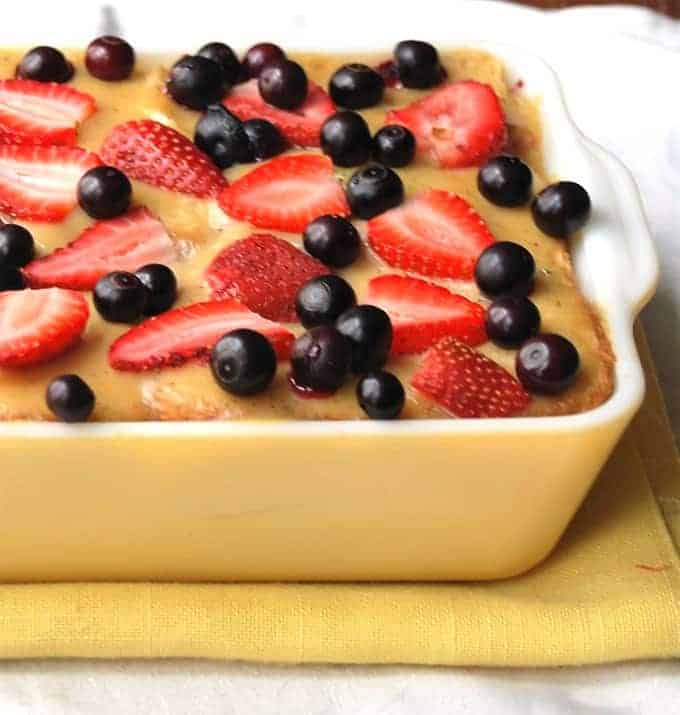 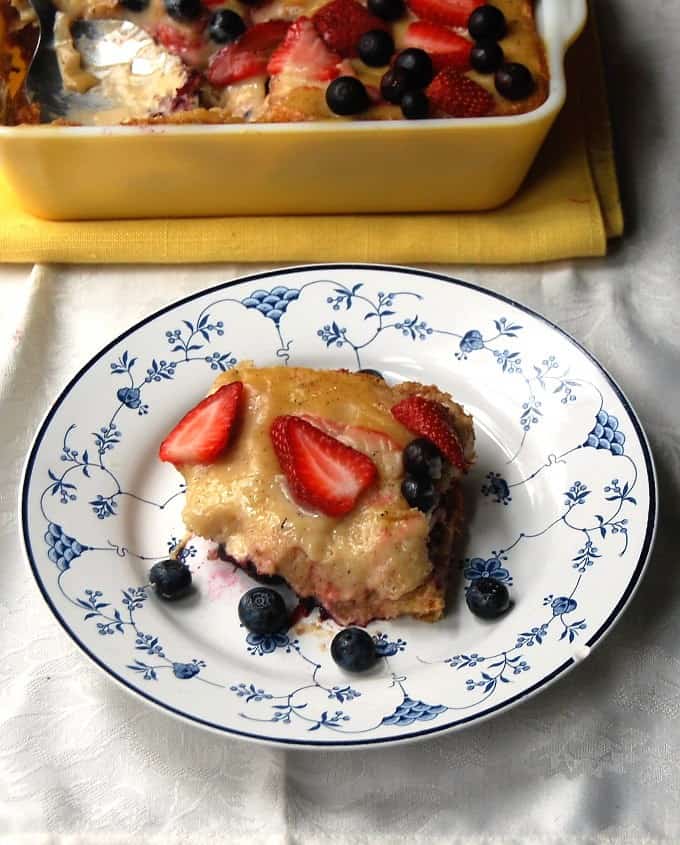