A vegan recipe for a spicy, tasty Goan beef curry. This curry has two kinds of meat substitutes and tons of vegetables that keep it fresh and flavorful. Gluten-free and nut-free. 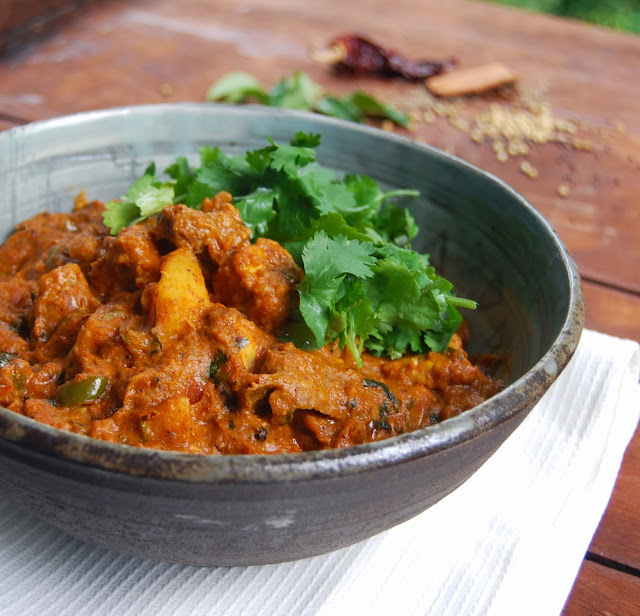 Beef is not a word you will often find on an Indian menu and the reason for that of course is that Hindus do not consume cows for religious reasons. But beef is not absent from the very secular India's food tapestry-- in fact it features regularly in the cuisines of Christians and Muslims who constitute a sizable chunk of the country's billion-plus population.

I have for you today a vegan version of a Goan beef curry that's cooked in the Catholic kitchens of this former Portuguese colony that sits languidly along India's west coast. I have written before on these pages about Goa's distinctive cuisine which -- although not something you'll often find featured on Indian restaurant menus -- is undoubtedly one of the most exquisite you will ever taste. Goan Christian cuisine is heavily influenced by the land's Portuguese colonizers and it sparkles with ingredients like vinegar, an ingredient not commonly used in other Indian cuisines. But it also incorporates some very Indian ingredients that are available easily along the coast, like coconut and spices. 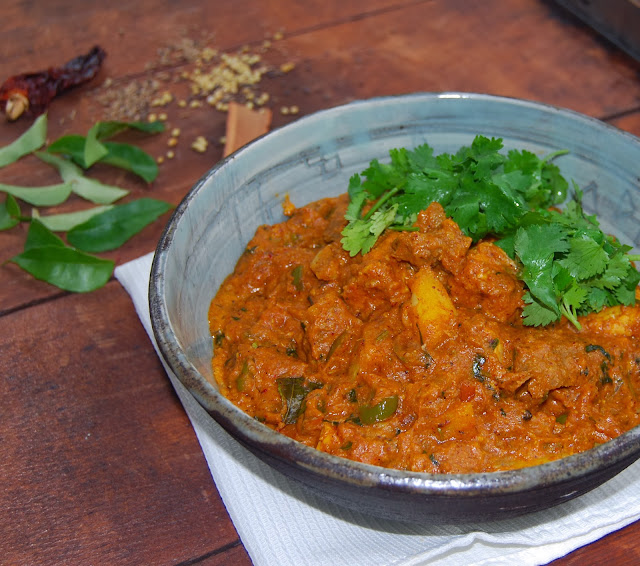 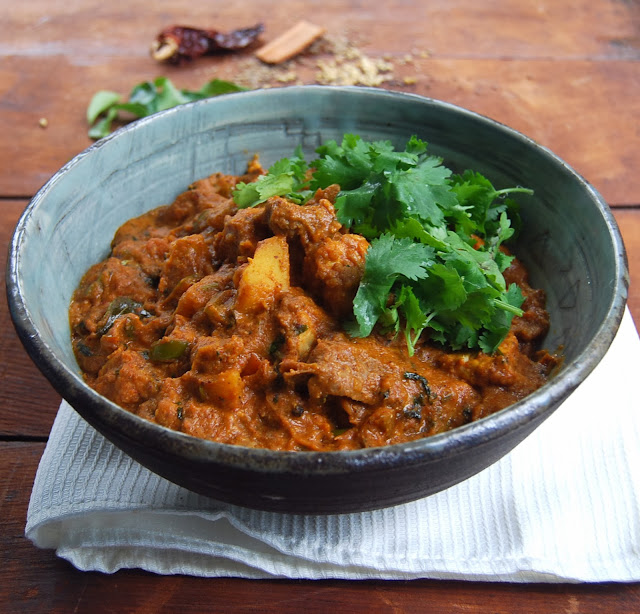 For my vegan Goan beef curry I used two types of meat substitutes: tempeh and some beefless strips from Gardein. That's because I wanted to incorporate a variety of textures to replace the mouth-feel of the meat and also pack a protein wallop (there's nearly 19 grams of protein in each serving). You can go with one or the other, use a completely different meat substitute, or even cook this entirely with vegetables. Mushrooms and/or eggplant would be great here.

To make this a recipe where no one will miss the meat I added layers and layers of flavor, using aromatic vegetables and herbs. In went some green peppers, mint and coriander. And in the end, to mellow down the puckering sourness of the vinegar, I added a sweet dash of coconut milk.

This is a good dish to serve when you need to please different palates, including carnivorous ones. This is also a good dish to make the day before-- the flavors meld and merge beautifully when the curry has time to stand. Keep in mind you need to marinate the meat substitutes for at least two hours-- I wouldn't recommend cutting on the time because the substitutes need it to absorb the marinade to give you the most flavor. Once that's done, this dish comes together in minutes.

Here's the recipe for Goan beef curry, a very vegan one. Enjoy! 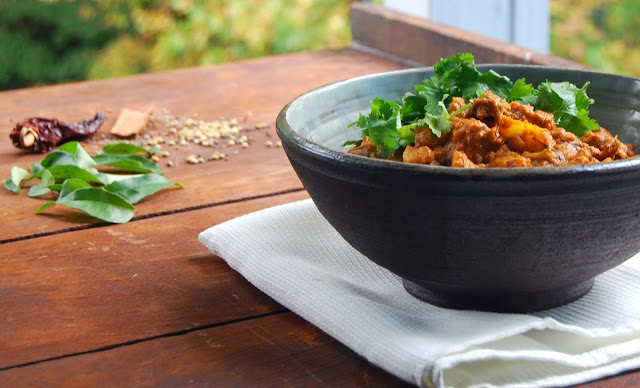 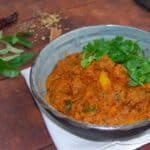 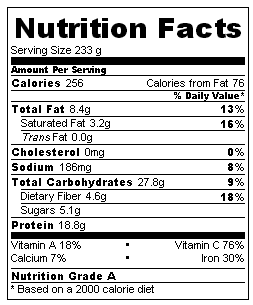 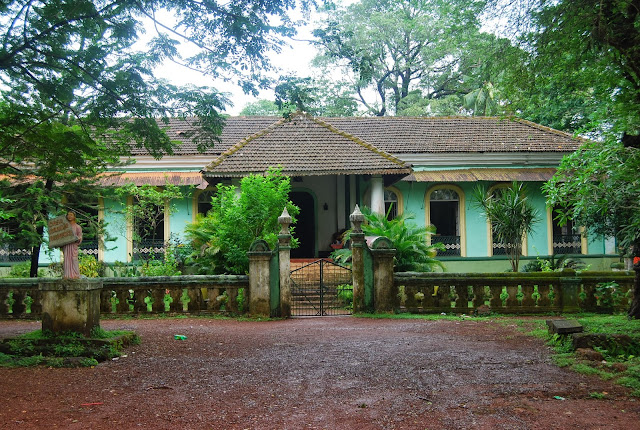 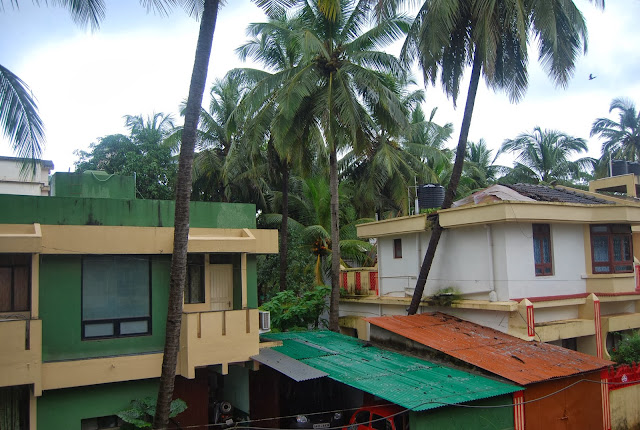 Coconuts are a staple of the Goan diet and coconut palms are everywhere in Goa. See how the homeowner has cut a hole in the roof to allow the tree to grow.