An Instant Pot Mushroom Potato Korma that is ready from scratch in under 20 minutes, and is perfect to scoop up with naan or roti, or ladle onto rice. I use a blend of fresh and dry mushrooms here for most flavor and texture. You can make this on the stovetop too -- instructions included. Vegan, gluten-free, soy-free recipe. 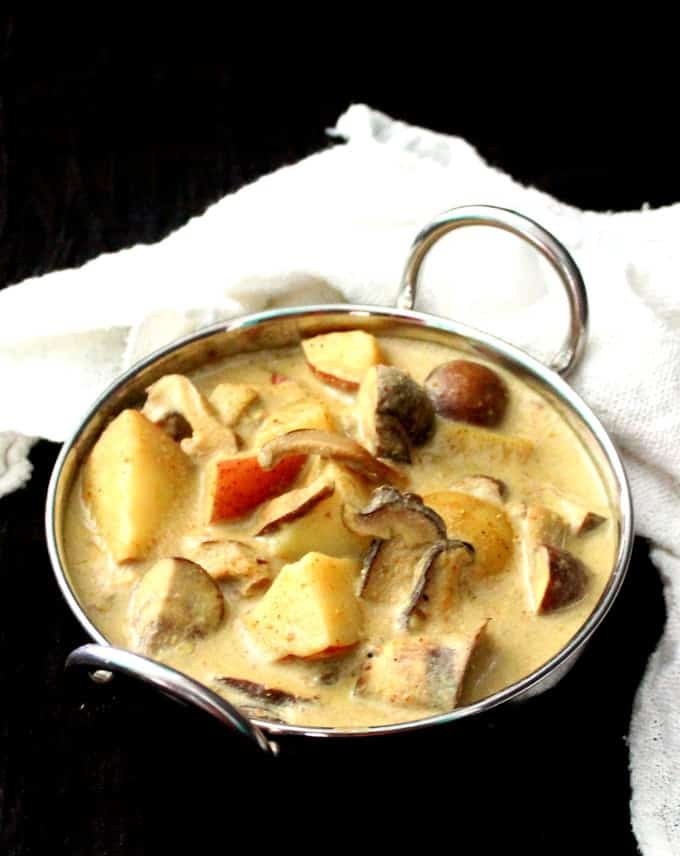 I guess if it's a recipe made in the Instant Pot, I don't really need to say it's an "instant" one, but honestly, a recipe that takes under 20 minutes from scratch for all that deliciousness? It deserves to scream "INSTANT," in all caps. 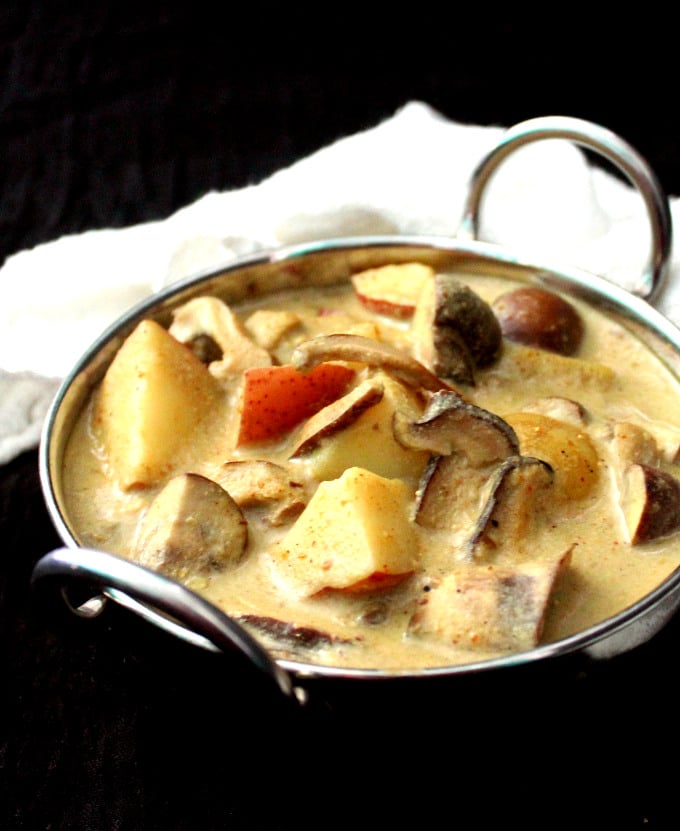 I gifted myself an Instant Pot this past week, not because there's a dearth of pressure cookers in my house -- there isn't -- but because my slow cooker, which I've used for nearly a decade and a half now, is pretty much on its last legs. It's one of those older models, with just a knob that sets to "high" or "low," nothing fancy, and ever since that knob fell out a couple of years ago, it's been pretty much stuck at "high." But I hate throwing things out when I can still get some use from them, so I stuck with it until Desi finally begged me to replace it.

Since the Instant Pot can both slow-cook and pressure-cook, among several other functions, it looked like a good option. Besides, does anyone not have an Instant Pot these days? I've been getting tons of requests for Instant Pot recipes, and since so much Indian food gets cooked in a pressure cooker, I knew this was one appliance that would not be gathering dust. 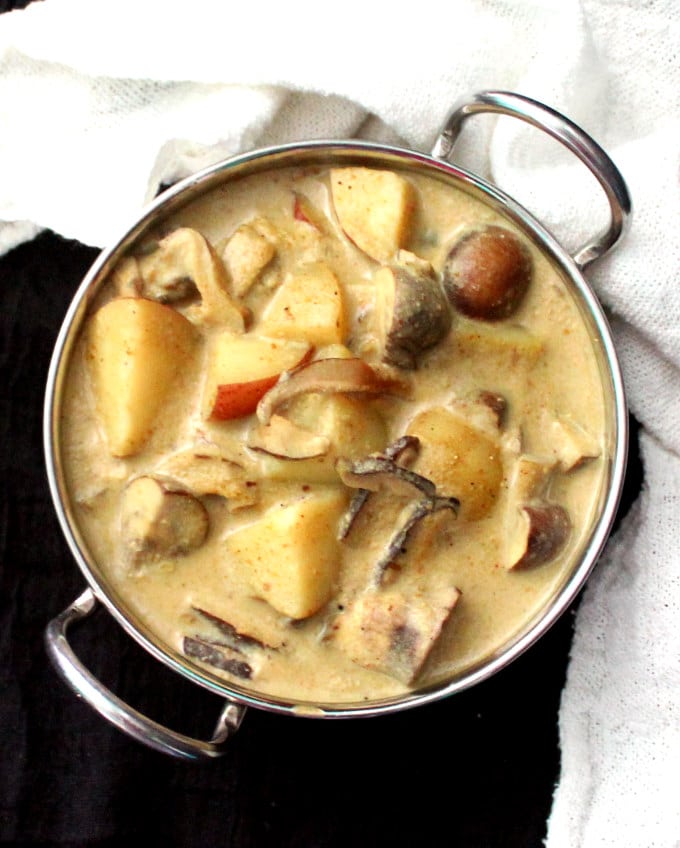 I started out with this simple recipe that requires hardly any prep because I've been a little swamped. Work has been crazy as usual, and we're also getting some long-needed work done on the house, which means there have been workmen traipsing in and out of the kitchen, making it impossible to cook. Half of my things are covered up by plastic sheets, or, right when I need to get something from the refrigerator, someone's put a ladder right in front of it and is poking into the wall above it.

Same with the photos, because Desi had to move from his usual location to a less desirable one with not-so-ideal light.

Long story short, it was something of a small miracle that I got this Mushroom Potato Korma done, and the Instant Pot certainly made the job easier.

A korma, if you've never made it before, is a silky, creamy Indian stew with vegetables or meat in it. Some kormas are made with coconut milk, others with nuts. The result is almost always mindblowing and delicious.

This korma is certainly all that. I used a mix of fresh crimini and dry shiitake mushrooms, but you can use wild mushrooms like chanterelles or oysters too. Button mushrooms are fine. What I loved about the Instant Pot was that it cooked up the fresh mushrooms really beautifully, without making them too soggy, while retaining the wonderfully chewy texture of the dry mushrooms.

If you don't have an Instant Pot, you can certainly make this korma on the stovetop, although your cooking time will be longer, because you need to get the potatoes tenderized. And if you want a nut-free version, use a cup of coconut milk instead of the cashews.

Mushroom Matar, mushrooms and peas in a creamy sauce 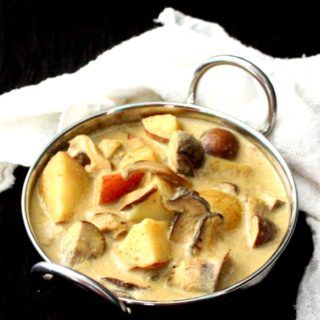