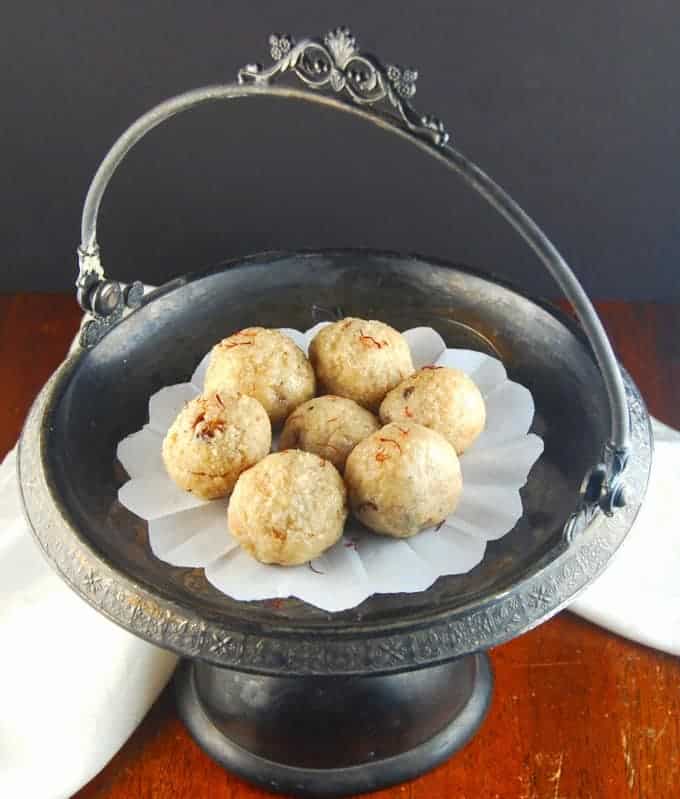 True story. In my sweet obsessed home, a laddu has always been something of a pariah. Desi, who can eat a whole carton of ice cream in one sitting, and half a box of kaju katli in another, will turn up his nose when I so much as talk about laddus. "They're so boring," is his explanation. That goes for rava laddus, besan laddus, and all other laddus in between. And that's a huge reason why you've never seen me share a vegan version of this uber-popular Indian sweet found at every Indian celebratory occasion, from Diwali to a birthday or a wedding.

Enter Jay. My six-year-old with his tastebuds still tuned highly to all things delicious and Indian, has been demanding laddus almost every day for the last week. Mom, do you know how to make laddus? was one of the first questions I got from him after we brought him home. Then, as we tried to catch up with all things healthy, the laddus went on the backburner. Until last weekend, when -- after the latest revival of the make-mom-make-a-laddu campaign -- I finally threw in the towel. 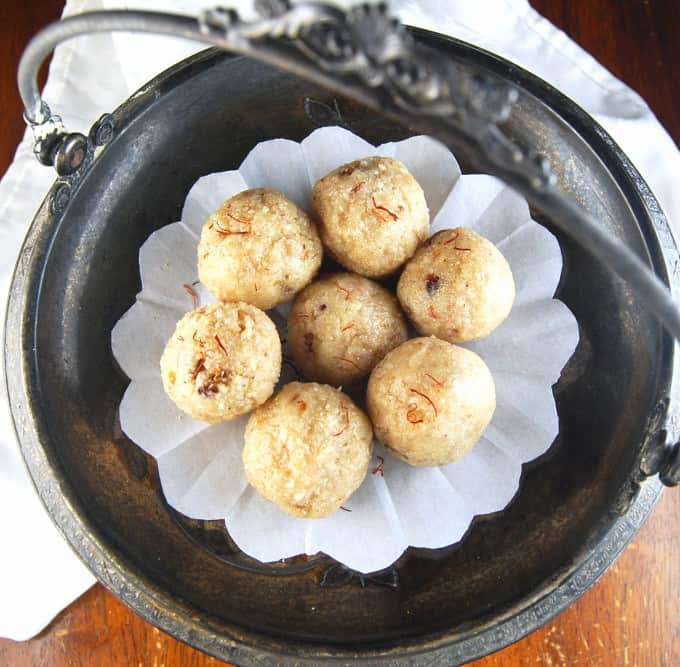 There is some truth in Desi's claim: laddus can indeed be boring because, when made the run-of-the-mill way, they are nothing more than balls of sooji or chickpea flour with sugar and a spice, cardamom being the most common. Often, they drip with ghee or oil, making them even heavier than they already are with all that sugar. 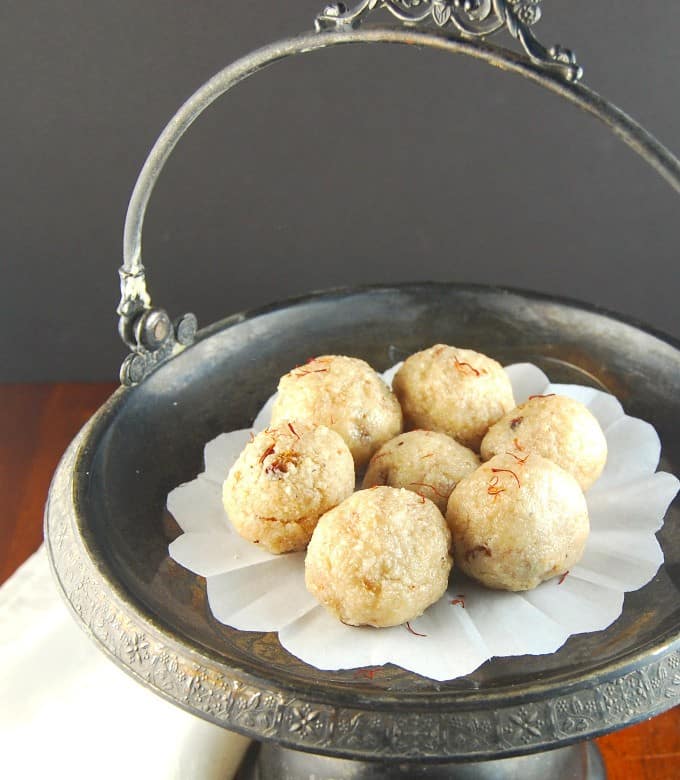 Ghee's nuttiness contributes a lot of flavor to laddus, so for my vegan version I found a healthier, and tastier, substitute: cashews, powdered fine and mixed in with the sooji or rava. Ergo, Kaju Rava Laddus.

In went some grated coconut -- a staple of most Indian sweets -- and some more chopped nuts and raisins for even more deliciousness.

If you're on the fence about Indian sweets-- or laddus-- or would just like to try something new and different that you can't possibly screw up, these laddus are for you. They're not too cloyingly sweet, but they're rich with the scent of cardamom and soft and chewy at the same time. Even Desi, the reluctant laddu gourmet, gobbled these down. As for Jay,  now that these have been polished off, I just know a new campaign for laddus is about to begin. 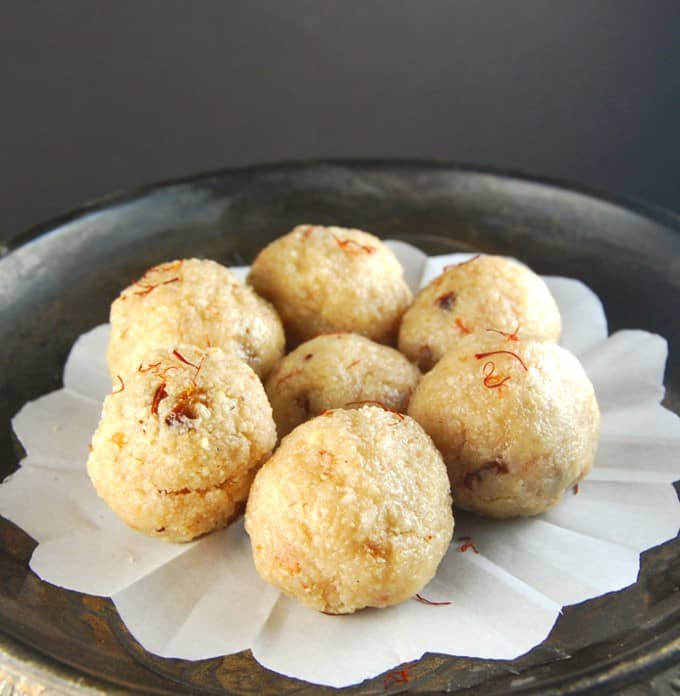 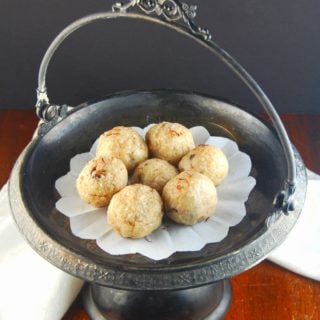 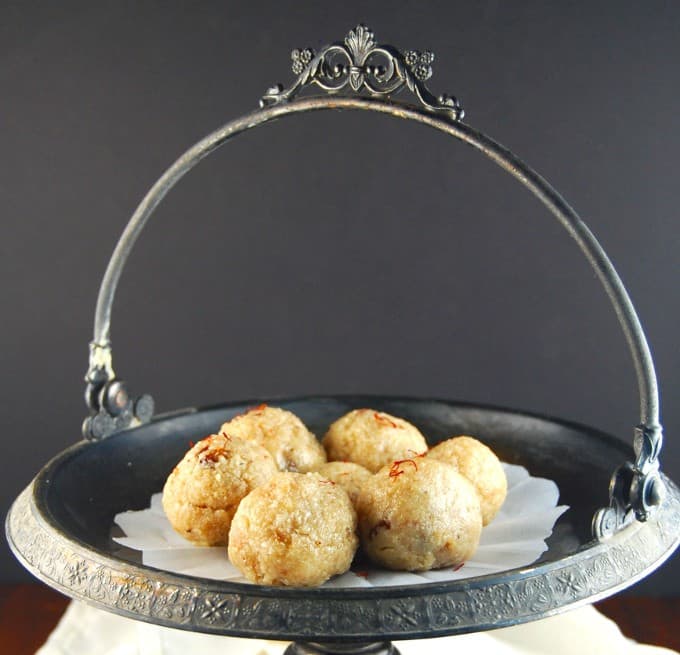 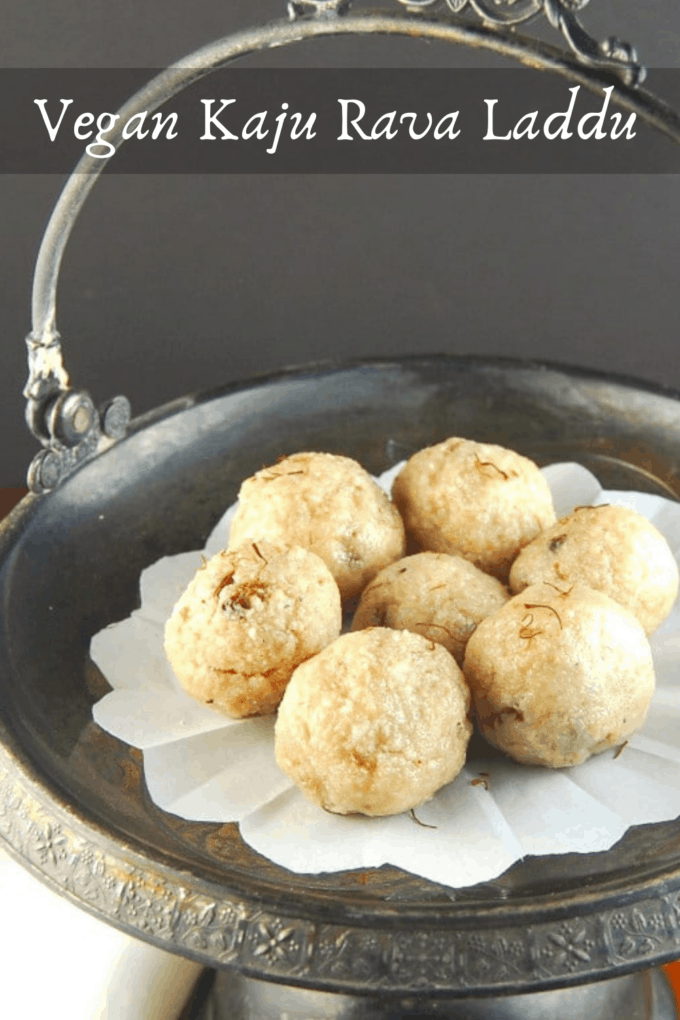