This One Pot Garlicky Spinach Dal (Lahsooni Dal) comes together quickly and easily, and you can cut down the cooking time even further if you happen to own a pressure cooker. It is by far one of our top weeknight favorites, and all you really need to serve with it is some rice or roti, no need to make a separate vegetable side. 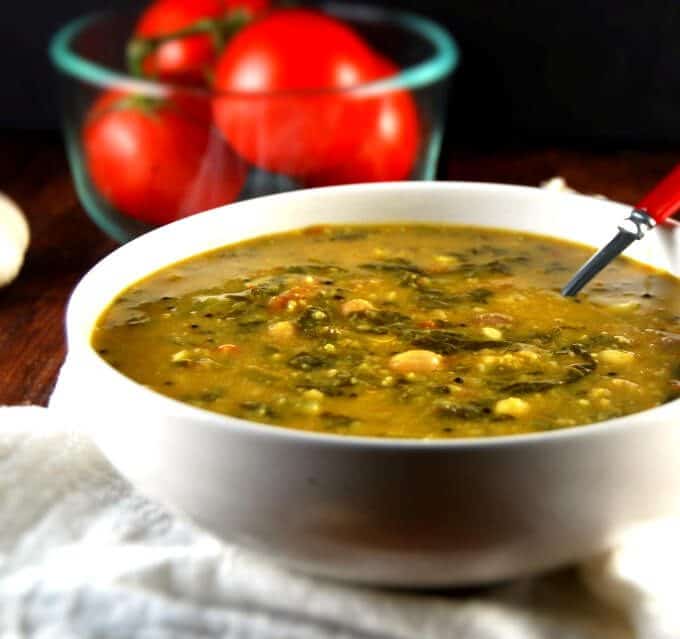 We went  to Baltimore this past Sunday to meet our friends, Bess and Michael, who live in this fabled American city. Baltimore is just over a half-hour drive from our home in suburban Washington. At the city’s Inner Harbor, there’s always a party on, and Jay had a great time watching the antics of a street performer who hopped around on a pogo stick and rode a teeny bike and a unicycle, delighting the large crowd of adults he attracted just as much as the kids. The performer introduced himself as Wacky Chad, but Jay dubbed him “the silly guy.” 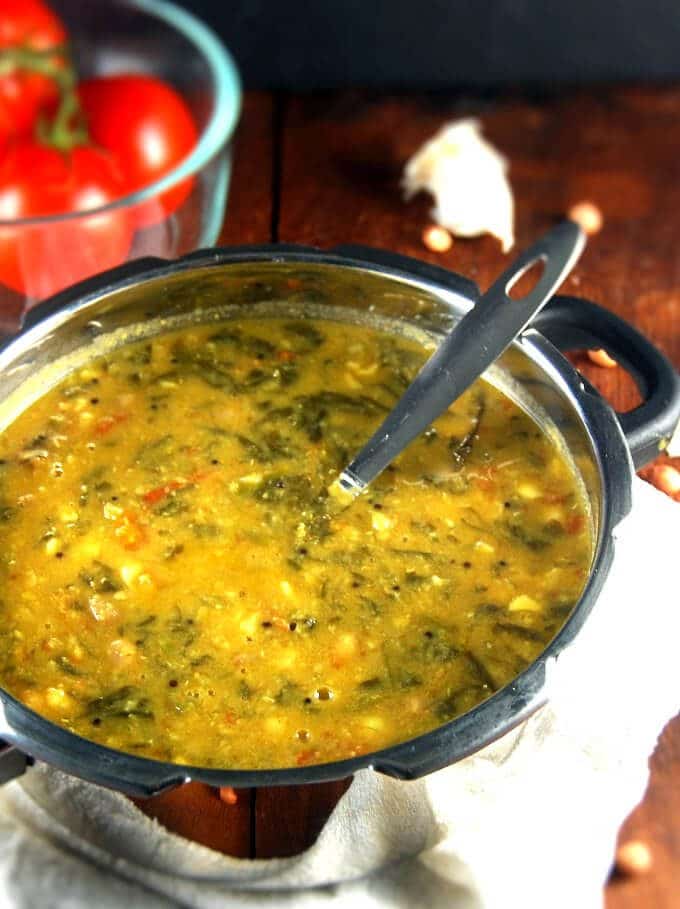 We took the water taxi from the Inner Harbor to Fell’s Point, a historic and stunning part of Baltimore where history mingles effortlessly with the present. Live music blared from the windows of a restaurant along the harbor, and people were dining al fresco and drinking beer on the comfortably cool evening. We passed — to my delight — the Horse You Came in on Saloon, the bar that the famously alcoholic author Edgar Allan Poe is said to have frequented and had his last drink in before he died in Baltimore just four days later. Staff at the bar still leave a glass of whisky out at night for his ghost, which has been spotted here. When we passed by, there were a good number of other ghosts hanging outside the bar, albeit fake ones for Halloween. 🙂

We got home rather late at night and well past Jay’s bedtime. No sooner had I tucked him in than I had to make plans for Monday’s lunchbox for all of us — something that would come together in minutes. Garlicky Spinach Dal it was. 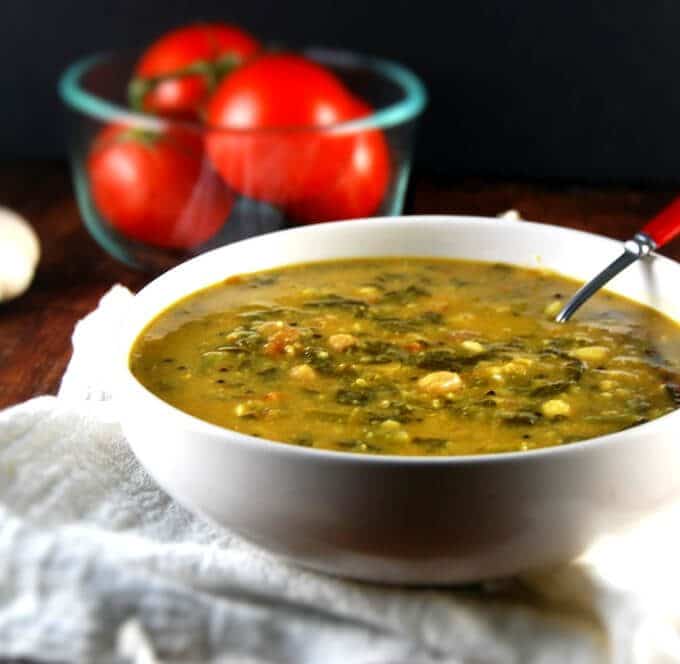 I had some Malabar Spinach that I got at the Indian grocery store, although you can use regular spinach in this recipe. That’s what I usually do. Malabar spinach has rather thick, fleshy stems and it is not related to spinach, but it does have a similar flavor when cooked. I also am guessing Malabar spinach would be harder to find at your local markets– I have never seen it being sold at a regular grocery supermarket here. Some avid vegetable gardeners I know grow it in the summer and it does rather well, like my friend Roshani who has the greenest thumb and uses it to grow all kinds of Indian vegetables. Last year, my neighbor, Heather, had a thriving Malabar spinach patch in her backyard.

Jay loves this dal and will often request it, so if you have a child who likes lentils or Indian food, I daresay this would be a good recipe to try out on him or her. It’s good for many obvious reasons, but mainly because it’s:

-healthy, with the spinach and lentils contributing vitamins A and C, minerals, fiber, calcium and iron

-filled with good protein from the veggies

-garlicky which, to me, is another word for delicious, and you do know garlic is a nutrition star

Hope you try it! 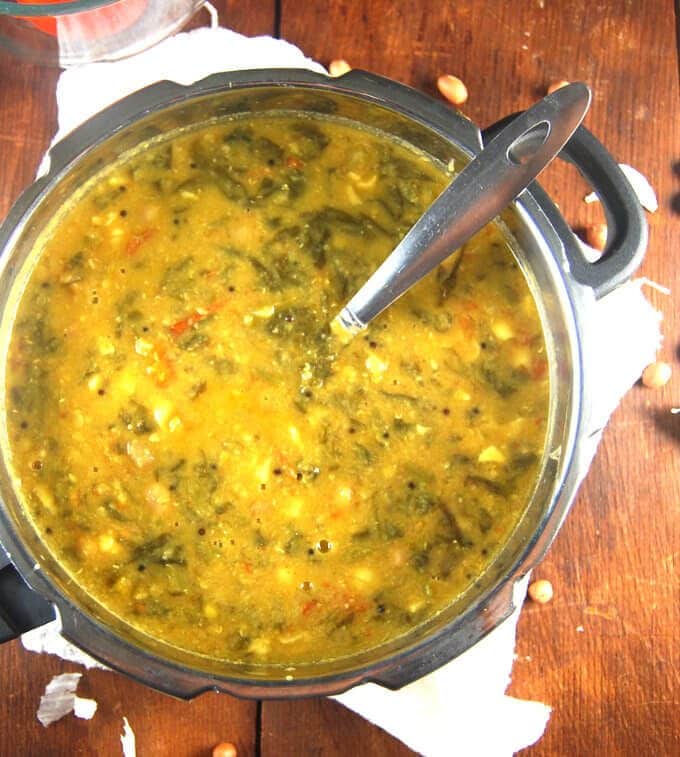 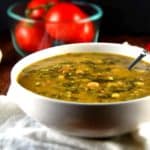