Delicious and smoky vegan refried beans with a hint of chipotle chili peppers. 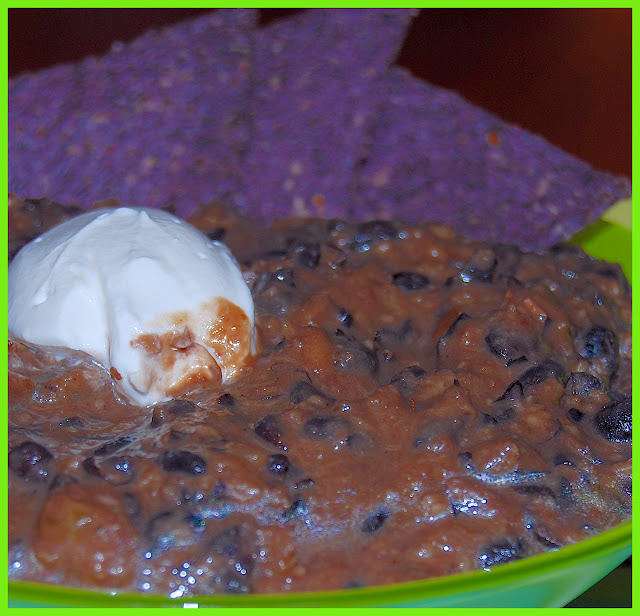 Back home in India, a rectangular two-burner stove would stand in almost every middle-class kitchen. Fom one end a green pipe would run through a hole in the soapstone countertop to a bright-red metal cylinder.

In the ’90s when I got married and first set up house, those cylinders were precious. You often had to wait months if not years to get one from the government-run oil and gas companies, and once you did it was like winning the lottery. Because the only option to a gas stove in those days was a kerosene one that took ages to start up, or one of those square electric hotplates that burned the food before they cooked it.

The cylinders — about three to four times the size of the little white ones you can buy for outdoor grills here in the United States – would last about a month after which you would call the supplier and they would send over a replacement in a few days.

The cylinder-wallah would arrive in a loud, clanging contraption that looked like a bike dragging a metal cart piled precariously with the cylinders. At the foot of the apartment building, he would hoist one of the heavy cylinders over a sweat-drenched shoulder, walk up a few flights of stairs if the building didn’t have an elevator (and many in Bombay didn’t), snap the new one into place and take away the old one.

Last year, when we traveled to Leh in north India, one of the most delightful sights we saw was when a truck crammed with cylinders would make the rounds of the homes and monasteries perched steeply on craggy hills in the lap of the Himalayas. The monks would negotiate narrow stairs to get their replacements, cylinders on shoulders. In the villages down below, men, women and children would line the streets, waiting patiently for the truck. 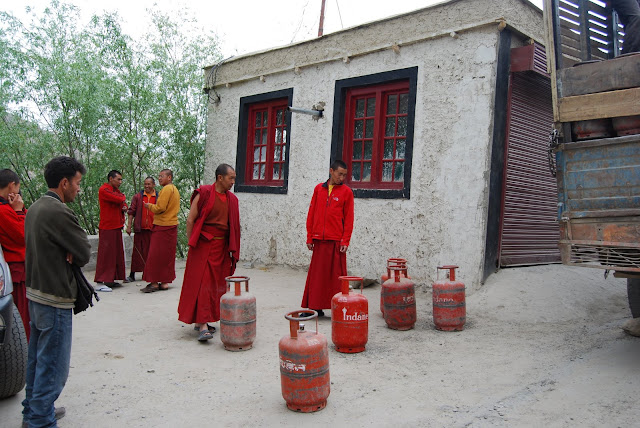 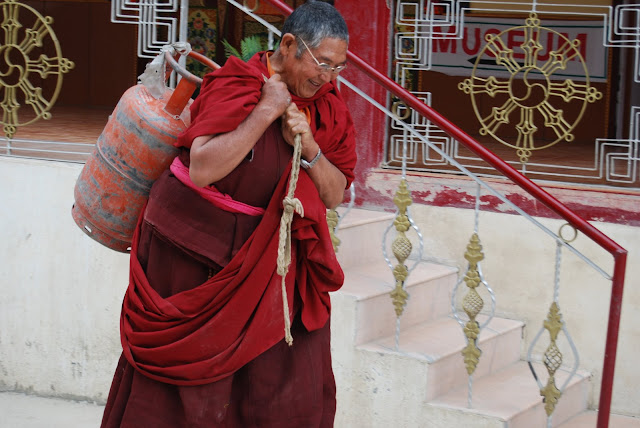 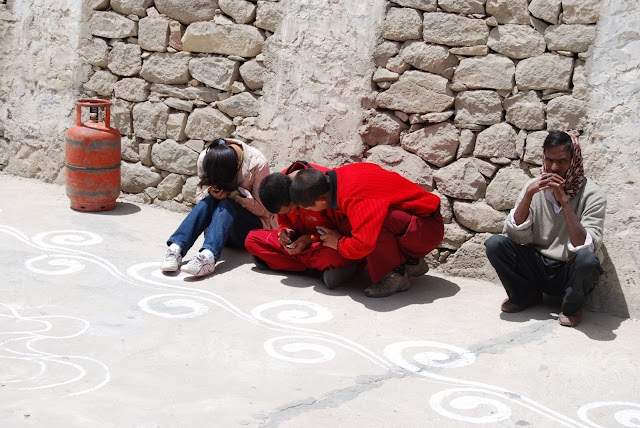 Here in the United States we are used to the luxury of piped gas. You don’t have to worry about the gas ever running out or about red cylinders and cylinder-wallahs, but I’d be lying if I said I don’t sometimes think fondly of those old days when I knew the value of this precious natural resource and used it more reverentially than I probably do now.

When we bought our house four years ago, it came fitted with an electric stove. Although the electric stoves here are quite sophisticated, I am not a big fan (although many cooks might disagree). So I was really thrilled when, finally last week, we replaced it with a gas range.

I find gas stoves cook more gently and evenly than their electric counterparts. For instance, the banana nut bread I made in my new oven, with my own often-tried-and-tested recipe, took many more minutes to cook at the same temperature in the gas oven, but it also browned more evenly.

As I re-cook some favorites that I’ve blogged about, I shall be going back to those posts, especially the ones with recipes that needed baking, and add in in any differences in cooking times and temperatures for the gas oven.

Refried beans aren’t really fried, just simmered in water until they are done. So despite the unhealthy-sounding name that makes one picture two vats of boiling oil (one to fry and the other to re-fry!) these are actually tremendously healthy.

I used black beans, but pinto beans are also often used to make refried beans, and if you can’t find those where you live, just go with any old bean you can lay your hands on. 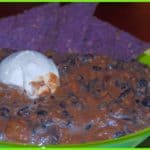 For an original Tibetan recipe straight from Ladakh, try my Vegan Momos with Artichoke Hearts.