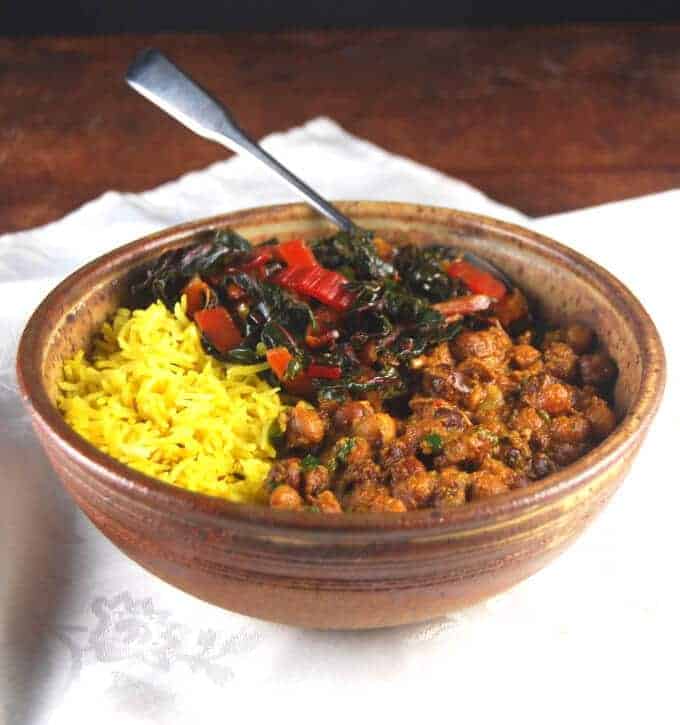 Outside India, when people think of chickpeas in association with Indian food, often the only recipe that comes to mind is Chana Masala, a spicy, tangy dish popularized by Indian restaurants and food blogs. But in my childhood home in Maharashtra along India's west coast, my Maharashtrian mom, and later my Goan stepmom, rarely, if ever, made Chana Masala, which is a north Indian dish. What we did eat quite often was Chana Usal, made by cooking deep brown chickpeas in a coconut, spice and onion sauce. It was so delicious, the flavor of my mom's Chana Usal still lingers on my tastebuds decades after.

I evoked that memorable flavor and richness for the chickpeas in my Curried Chickpeas Bowl with Turmeric Rice and Garlicky Chard. 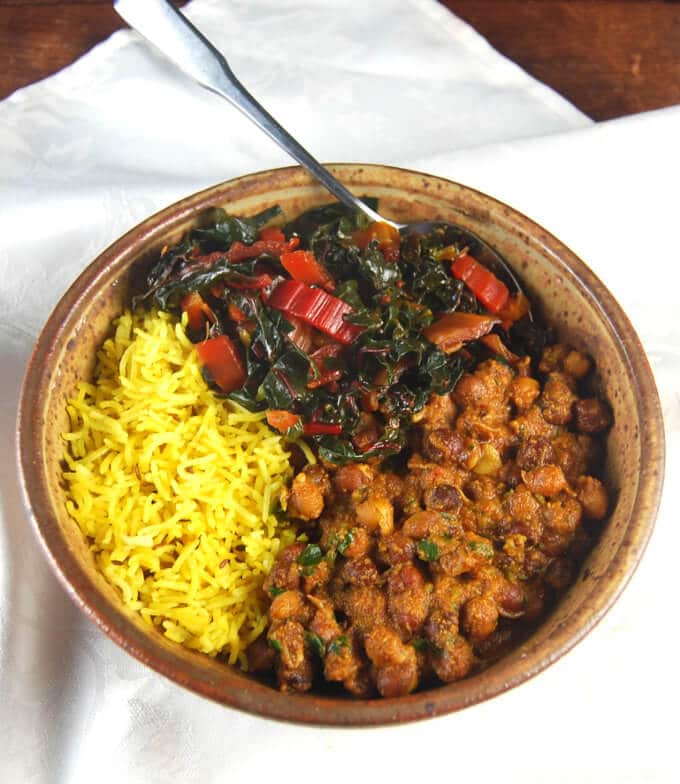 When usal is cooked in Maharashtrian homes, the legumes used in it are always sprouted. I used the traditional brown chickpeas, which I find here at the Indian store and online, but regular chickpeas are a fine substitute. Sprout them as you would any legume, by soaking them for eight hours and then placing them in a colander. Rinse the sprouts twice a day and keep covered in a dark place until sprouts appear. It took me just about two days to get my chickpeas to sprout, in these crazy warm temperatures we've had this winter. Keep in mind that any Indian recipe does not require very long sprouts, the way some Asian recipes do. A tiny little shoot, about a millimeter or two long, is all you need.

To layer into my chickpea bowl, I made a rather simple and pretty Turmeric Rice scented with cumin. You can make this with brown rice, but factor in added time and water for cooking the rice to tenderness.

And finally, to complete this healthy picture, I sauteed some Swiss Chard, one of my favorite greens, with some garlic and mustard seed.

Altogether, the curried chickpeas, turmeric rice, and the garlicky chard made for a great-looking and delicious meal, and they went down rather famously with my little one too who loves chickpeas in almost anything. 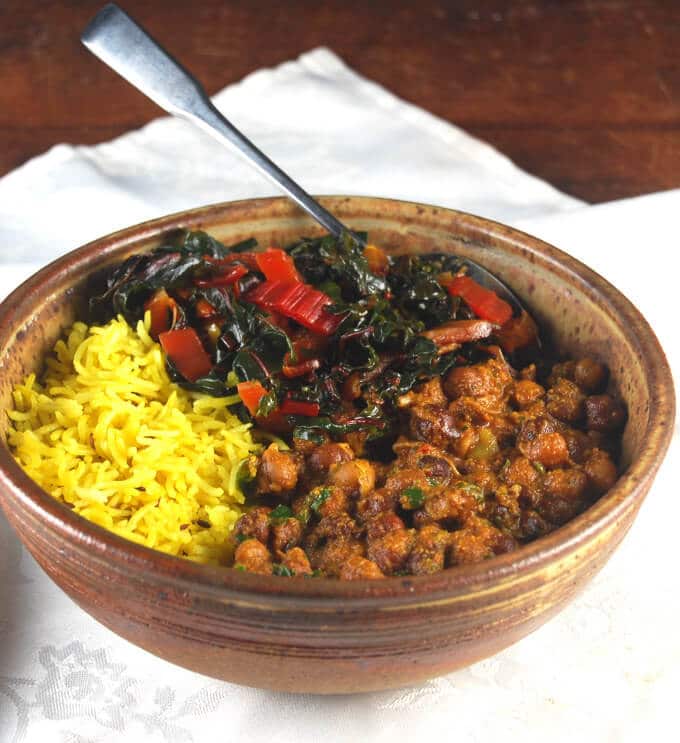 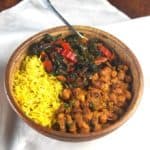 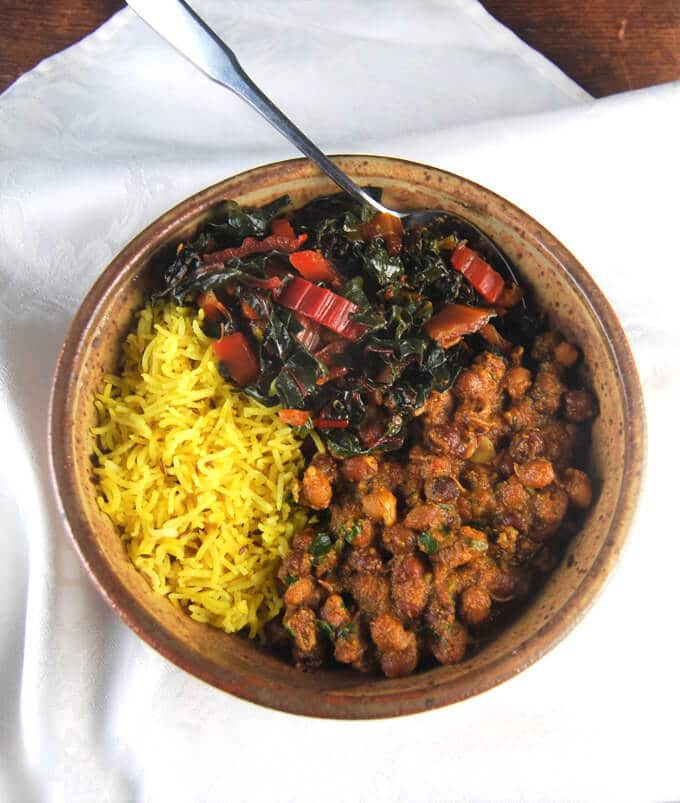