Bake up this loaf of Vegan Sandwich Bread. It is part whole wheat, has the perfect crust and crumb, and it is great for just about any kind of sandwich. This is a vegan, soy-free, nut-free recipe. 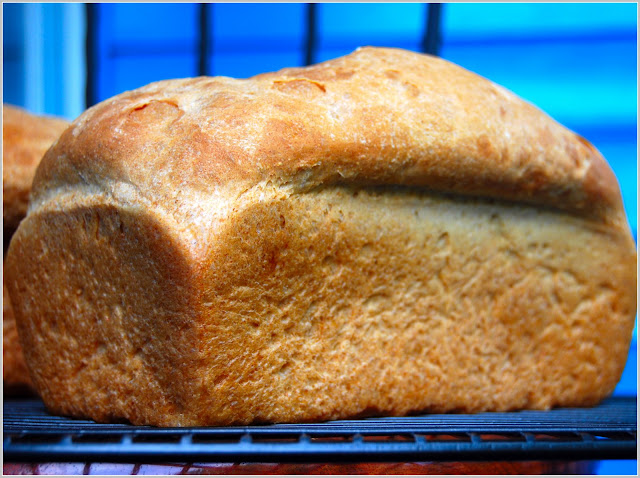 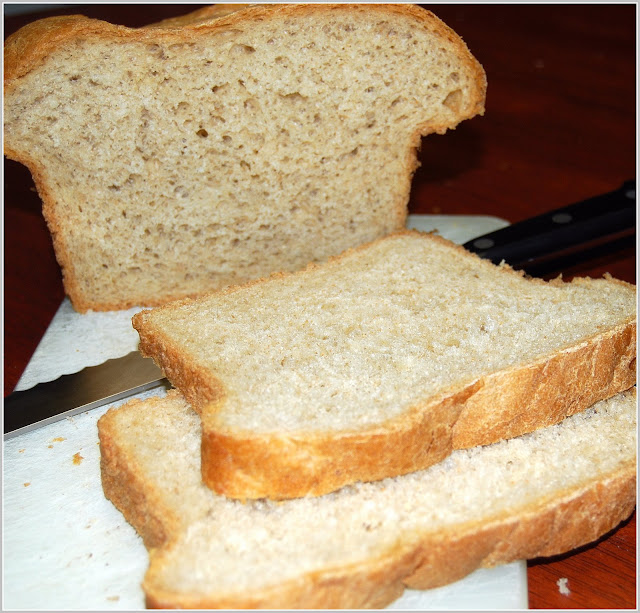 A good, hearty sandwich bread is almost like a basic tool in every serious cook’s toolbox. Yes, it’s easy enough to find good wholegrain bread in the supermarket or a bakery, but in my opinion, it comes nowhere close to the perfection of a freshly baked loaf of homemade bread.

Before I post the recipe, I wanted to give some of you who might be new to baking a few tips on getting started. Bread-baking can sometimes seem daunting to both newbie as well as veteran bakers, not least because you are at the mercy of the yeast and even, to some extent, the weather, because it’s the temperature that determines rise times. And even if you take a great deal of care, there’s every chance that a loaf might not rise at all, or it might come out too dense or too brittle.

I have had many bread-baking boo-boos. The first time I baked a loaf of bread, it turned out looking like a dense mass of cooked, lumpy dough. It certainly didn’t look anything like bread.

But I loved the idea of homemade bread too much to give up so I kept at it, and eventually I caught on.

The most important beginning to the perfect vegan sandwich bread is, of course, the yeast. I buy active dry yeast in a big packet from Costco, and although I bake almost every weekend, I don’t use it fast enough, so I store it in an airtight jar in the freezer. It is extremely important to ensure before you start that your yeast is fresh and active. The way most bread recipes do this is by telling you to “flower” the yeast, or, in more straightforward terms, to check if the yeast is alive, by adding warm water and allowing it to sit for a few minutes. If the yeast starts to froth — you can actually see it move– in about five minutes, it is alive and well. If not, you need to throw it away and get fresh yeast because otherwise your bread’s pretty much a non-starter. Also, be sure to add warm, not hot, water to the yeast because while the yeast needs some warmth to grow and multiply, too much heat can kill it.

There’s one more thing I cannot stress enough to new bakers: follow the recipe instructions carefully. You’ve probably heard this cliche before, but like any cliche it’s quite truthful: baking is a science, as opposed to cooking which is more of an art. A little substitution here and there can cause everything to go off-kilter.

Next comes the flour. Many home cooks have a tendency to substitute all-purpose or bread flour with whole-wheat, with the good intention of making the bread healthy. But each type of flour has a different gluten content, which makes it act differently in a bread recipe. Breads made entirely with whole wheat or rye flour, for instance, would be too dense to be edible. You can remedy this in some cases by adding vital wheat gluten to the bread which helps make wholegrain breads fluffier, but again, if you’re new at bread-making, make sure you follow a good recipe that tells you how to do this.

Be sure to accurately follow rise times. For instance, when the recipe asks you to let the dough rise for two hours, don’t let it rise for four, because it can seriously damage the structure of your bread. In some cases the rise time is less important, in which case the recipe will tell you so. But usually it does matter.

Because room temperature is vital in rise times, and because the weather here in the United States varies drastically during the various seasons, I usually bung the dough into a cold oven with the light on, which creates the perfect temperature for a dough to rise.

Lastly, follow baking directions for the vegan sandwich bread precisely, and resist the temptation to open the oven during at least the first half hour of baking because the unexpected rush of cold air can cause your bread to act in ways you don’t want it to.

Hope that information is helpful to some of you out there. Now it’s time to share my sandwich bread which is part whole-wheat and which I make almost every weekend because we never can have enough of it around for a snack. It also makes great toast.

This vegan sandwich bread is really soft and delicious the day it’s baked, and it firms up just a little bit the next day, which makes it great for a sandwich. It remains fresh in the fridge for at least a week, and — best of all– unlike most store-bought bread, it has no preservatives. 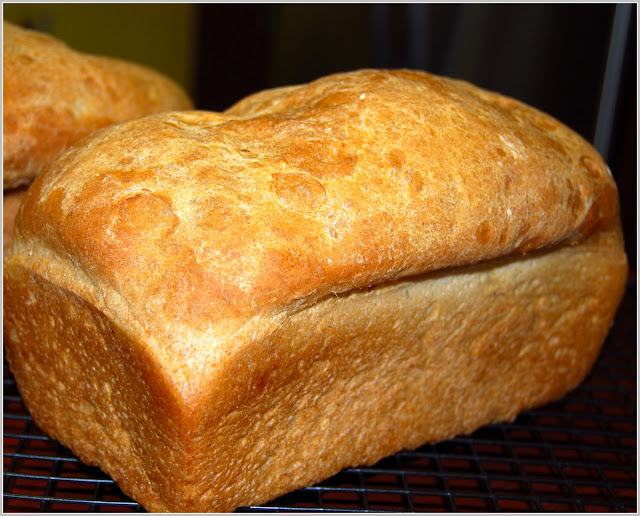 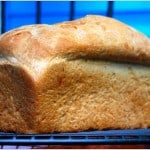 Bake up this loaf of Vegan Sandwich Bread. It is part whole wheat, has the perfect crust and crumb, and it is great for just about any kind of sandwich. This is a vegan, soy-free, nut-free recipe.
Prep Time15 mins
Cook Time40 mins
Total Time40 mins
Course: Bread
Cuisine: Vegan
Servings: 24 slices
Calories: 89kcal
Author: Vaishali · Holy Cow! Vegan Recipes

For more great vegan bread recipes, try my Whole-wheat Challah or my Saltless Tuscan Loaf, both huge favorites in my home.