You are here: Home | All Recipes | Savory Apple Potato Pancakes with Thyme 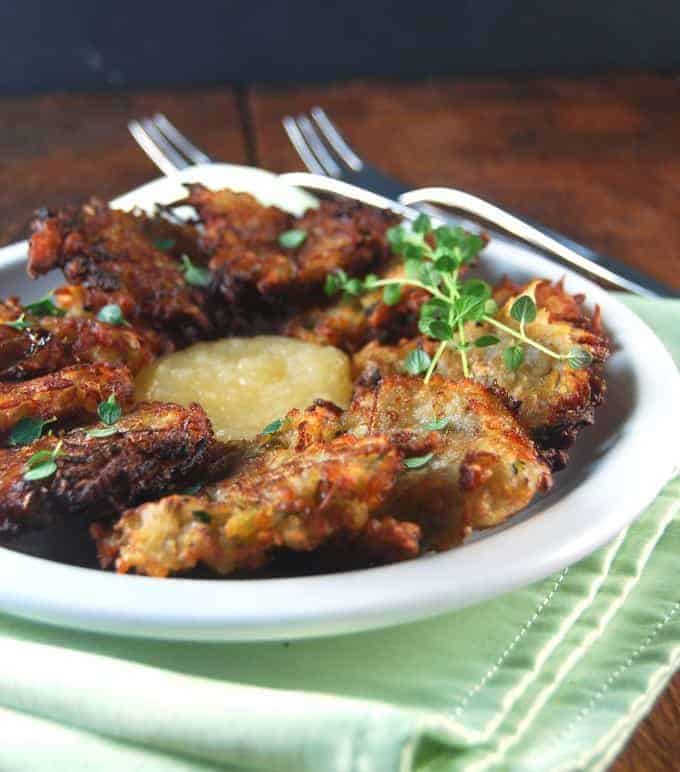 I have always loved potatoes, but of late my obsession has gotten just a little out of hand. Largely because I have a partner in crime who loves them as much as I do. 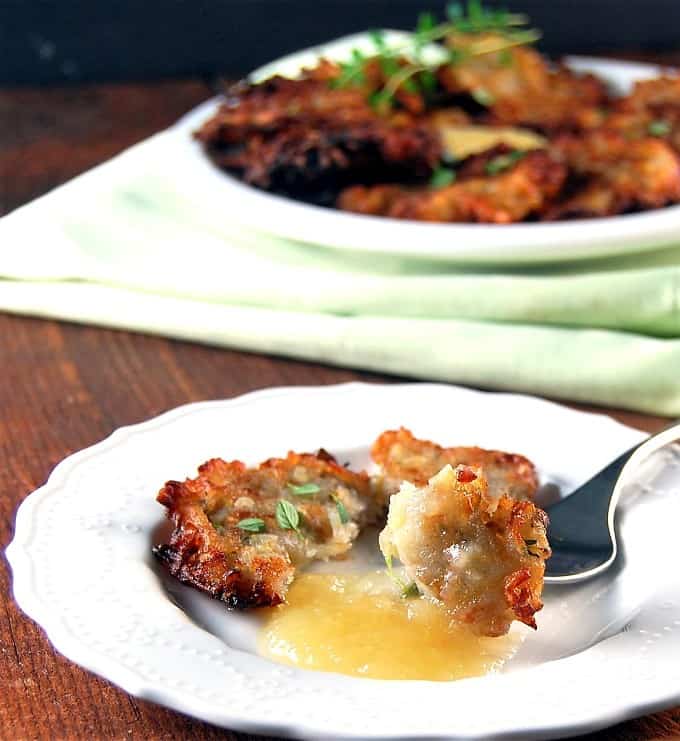 I am not one to resist potatoes, especially when they call out my name. So yesterday, I mixed up a batch of these Savory Apple Potato Pancakes with some thyme and green chilies. They were so good, I ate up the first batch hot off the stove, and it took all of my willpower to save some for Jay. I could see, for once, what Desi means when he sometimes tells me he's raising two kids. I did feel a bit like a kid making candy.

Only, these are better than candy. The apple adds just a hint of sweetness and depth, and the thyme and chilies add a spicy, savory hit that tickles the tastebuds and makes them scream for more.

Latkes are famous for being crunchy and crispy and creamy inside, and these are all that and then some more. I grated the potatoes in my food processor using this trick: grate them the hard way if you'd rather, but trust me, this way saves a lot of time.

Try 'em. And a Happy Hanukkah to all of Holy Cow's readers! 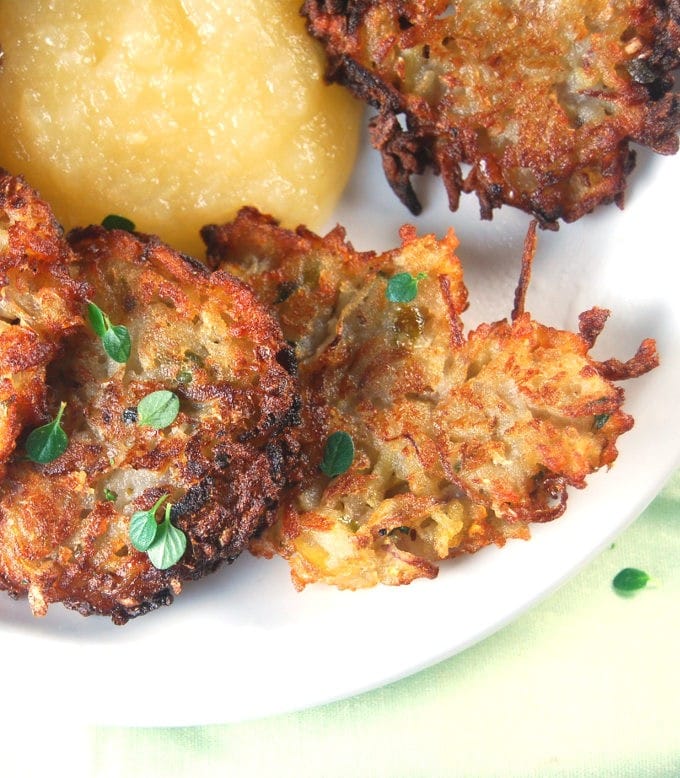 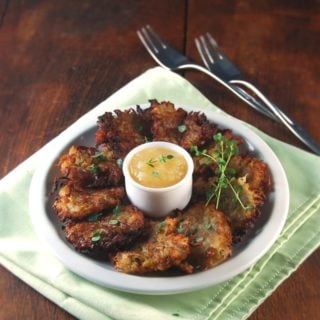 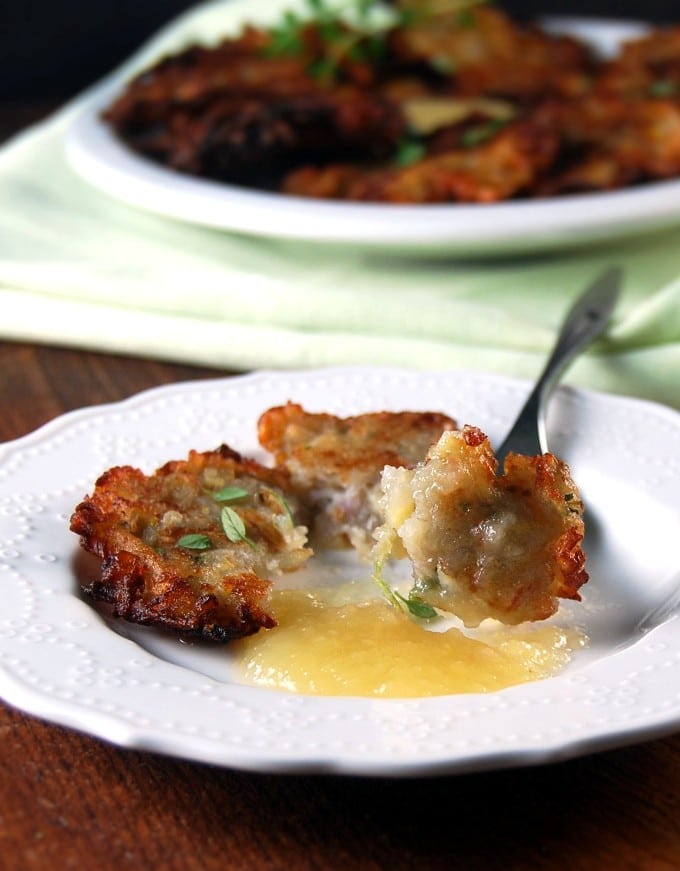 Have you tried my Vegan Whole Wheat Challah Bread?